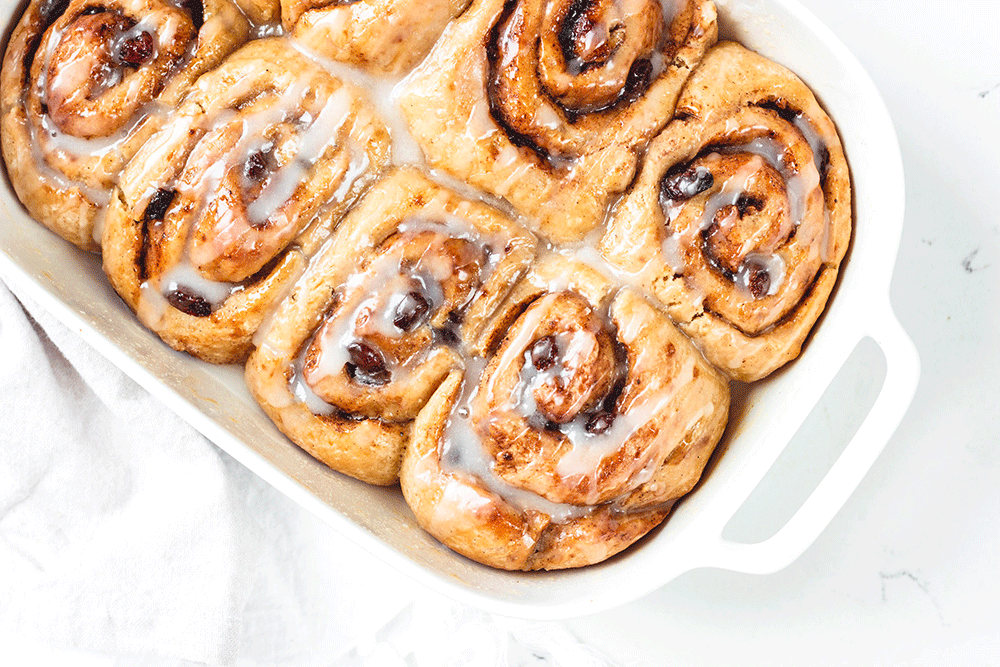 Sweet, sticky, spicy and absolutely dripping with indulgence… Mmmm… this Easter we’re bringing you a baked goodie that is the perfect marriage of your favourite treats: the classic Cinnamon Bun and festive Hot-Cross Bun. There is no time or place where the Hot-Cross Cinnabon would go unwelcome, but serve it best hot, straight out the oven or warmed up with breakfast and tea, or even as an indulgent dessert with a scoop of ice cream.

MAKE IT YOUR OWN: