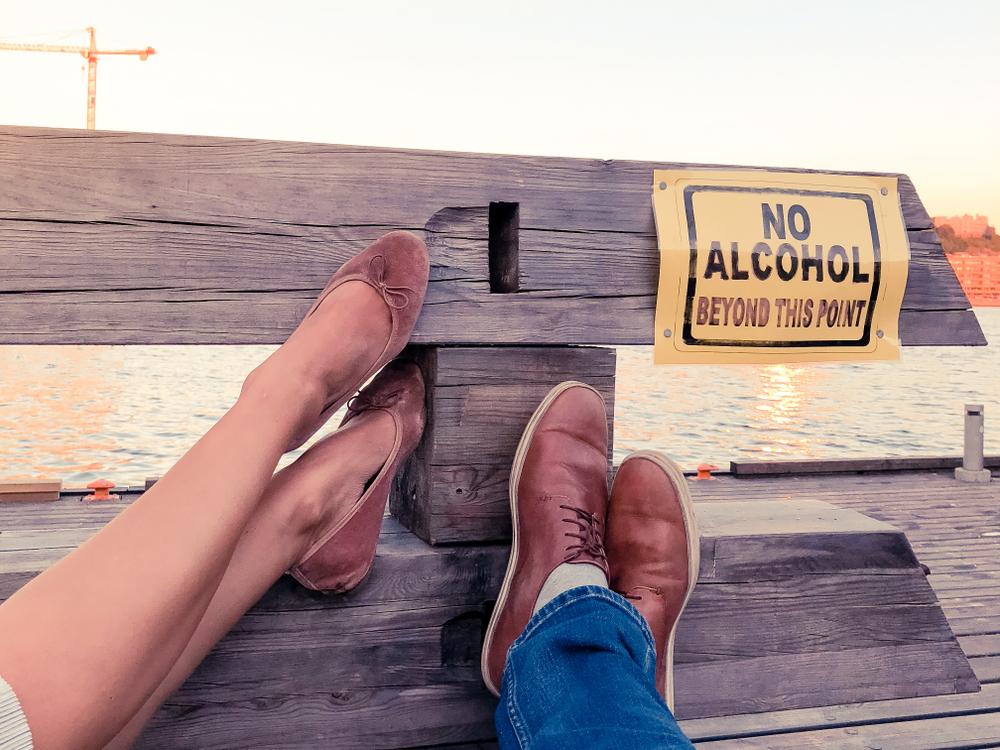 20 Nov “Just Water For Me Thanks!” Why More People are Going Sober

Posted at 09:55h in Faithful to Nature by Inga Sibiya 0 Comments
1 Like

Did you know that South Africa is ranked one of the top 25 countries that consume the most alcohol in the whole world? Our rainbow nation enjoys an ice-cold brew so much that we beat out countries like the United States of America, for example.

Every year, over 80 000 cases of drunk driving are reported nationwide, and the festive season is when we see a spike in incidences. Unfortunately, where there is drinking and driving, accidents and even death often follow.

Thankfully, things have started to change. While Oc-sober began in Australia, in 2008, to raise funds for health education in local schools, it sparked a global phenomenon. Since then, more people have begun to reconsider their relationship with alcohol. The 31-day challenge is being extended indefinitely by some individuals.

Elective sobriety is a growing global trend where people who don’t necessarily consider themselves alcoholics, but would like to take a break from the social ritual they might feel they’ve become dependent on, undergo. I, myself, have only been on the journey since September 8, 2019, but it was important to me to challenge myself. Before I stopped smoking, I’d reach for a cigarette when I was feeling anxious in public. After I kicked that habit, I noticed I was relying on liquid courage to carry me through situations I felt uncomfortable in. Now that I’ve been sober for 11 weeks, I’ve begun to notice the physical and mental improvements.

If you’re considering taking a break from booze, let me share some information to help you make an informed decision:

When I was younger, my friends and I would joke that a hangover was god’s way of telling us that we kicked a** the night before. If we threw up during a night out, we’d console ourselves by insisting that we were getting rid of the influx of ‘awesome’ to make room for more.

How silly and naive were we.

Your body naturally purges anything it considers a threat. Whether there’s an excess of food, an ingredient you might be allergic to, or in this case, a digestive irritation caused by alcohol. Though a glass of red wine a day has been suggested to be a healthy practise, too much can cause great strain on your pancreas and liver.

The effects don’t stop there. Have you considered that slurred speech after a few too many is a sign that the channel from your brain to the rest of your body has been compromised? Your immune system doesn’t work as well when you’ve been drinking heavily either, and, until recently, I didn’t know that alcohol can lead to muscle weakness, cramping, and eventually atrophy.

I won’t even go into the unhealthy food choices you make when you wake up with a splitting headache and unforgiving hangover. We’ve all been there and it isn’t cute.

I don’t have to tell you how generous you person get when you’re drunk. Suddenly you’re offering to foot the bill for your 18-person party, or you’re ordering shots for the entire bar. When you wake up in the morning to the bank notifications and cringe at how reckless you were, you begin to reconsider how much you’ll drink the next time.

The lack of inhibition feels great when you’re dancing on a table with your best friend, howling to Sweet Caroline on a Friday night. In reality, breaking the bank on an aged bottle of whiskey, because you feel on top of the world, is just financially irresponsible

Obscure though it might sound, going sober – even for a short period – can drastically decrease your carbon footprint. Consider the amount of water used to irrigate fields of barley and hop plants or grapevines. There is a substantial amount of aqua used to produce your favourite drink too. Now factor in what it takes to package and transport cases of booze from the manufacturers to all the different distributors across the country and the world.

Drinkers who buy local booze are a little being greener about their alcohol, but the dent is still made.

If you’re still reading this, you’ll appreciate that I’m not standing on any soapbox, persecuting people who drink. I’m sure there will come a time – not too far off into the future – that I will indulge in a tall glass of Shiraz or participate in libations with a few shots of tequila. The operative word in the global movement is elective. Whether you choose to go sober or not is entirely your choice. If you want to make an extra effort to do good by the planet, this is the perfect challenge for you. If not, there are many other ways to honour Mother Nature.

Things I Saved Money on When I Became a Minimalist Consumer