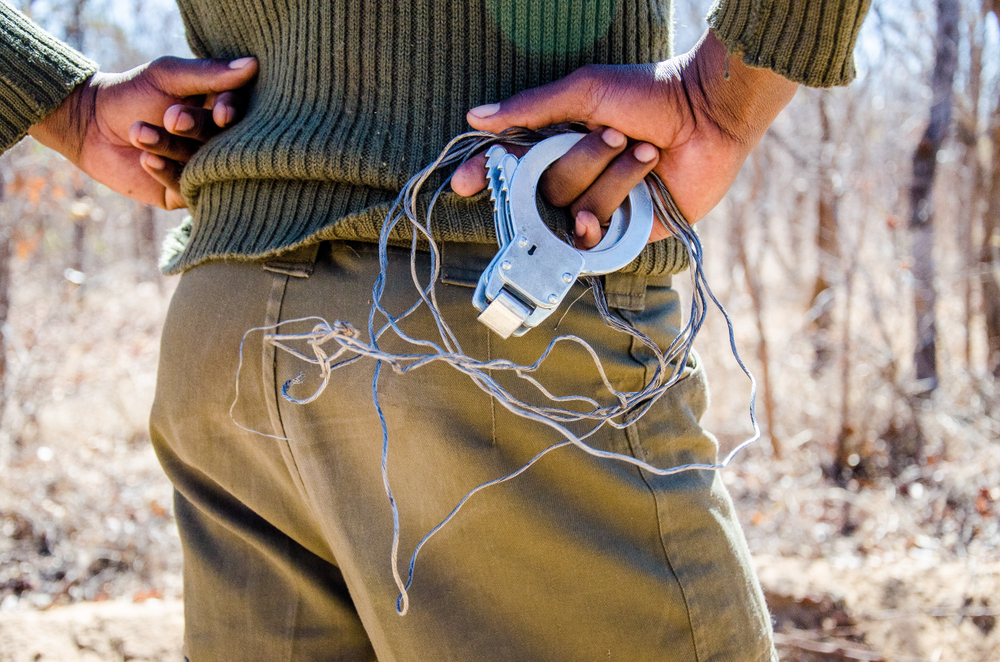 Posted at 15:59h in Faithful to Nature, Wasteless Life by Guest Writer 0 Comments

When it comes to tackling poaching, where do you even start? We’re told that for poachers, it’s often a matter of putting food on the table, which means they’re desperate to try every approach they can just in case it works. Conservation groups like the Endangered Wildlife Trust are starting to think the same, leaving no stone unturned in their quest to prevent crimes against wildlife and save precious and dwindling species. In the past year, they’ve embraced the following approaches;

Using similar methods they have for tracking wildlife; rangers in six important rhino reserves have started assessing poachers by looking at signs such as footprints, breaks in the fence line and evidence that people were sleeping in an area. These observations are analysed on a programme called CMore and inform the rangers where patrols should be deployed in a way that will best protect rhinos.

It’s exceptionally challenging for law enforcement officers to keep a handle on what is coming and going at a shipping port. The Dar Es Salaam port in Tanzania, for example, handles over 12,500,000 tons of cargo per year. Searching this volume is a logistical nightmare. So conservationists turned to the rat, an animal that has been associated with ports and ships for hundreds of years.

They’ve started working with the African giant pouched rat to detect wildlife contraband in shipping ports. To date, they have successfully trained the rats to detect pangolins and rosewood – two species rampant in the illegal trade market. All 11 rats are identifying pangolin and rosewood samples at 80% accuracy on average, with very few false alarms. Ultimately, the rats will be able to detect pangolin scales hidden in a cargo of coffee beans.

The Endangered Wildlife Trust also runs a training course to help with first responders at a wildlife crime scene. The modules cover arrests, search, seizure, collection of evidence and court testimony. They hosted 15 training courses over the last year and trained 300 participants from the Kruger National Park and protected areas in the Northern Cape.

Tracker dogs are vital to the cause, and they actually fulfil a range of roles. The Endangered Wildlife Trust provides three different types of tracker dogs:

Communities living near protected areas have had little chance to participate in decisions around rhino management in the past. Their continued marginalisation has negatively impacted their attitude towards conservation. But the Restorative Justice Project aims to enhance community involvement. This project has been included in the Rhino Action Plan developed by the Department of Environmental Affairs.

The Endangered Wildlife Trust hosted the third Cybercrime training course with members from the South African Police Service and Provincial Nature Conservation. They spoke about the scope of the illegal wildlife trade and how to address this emerging practice.

For prosecutors in Southern Africa, it’s invaluable for them to get together and share best practices when it comes to tackling wildlife crime. They did this at a prosecutor workshop in March 2018 hosted by The Endangered Wildlife Trust. The aim was to get all the prosecutors from the different regions on the same page with regards to strengthening prosecutions and the sentencing of wildlife crimes and to improve international collaboration. There were senior wildlife prosecutors from South Africa, Mozambique, Botswana, Namibia and Swaziland. The workshop introduced the prosecutors to key initiatives such as victim impact statements that they can implement in prosecutions.

Another unique approach was to use two students from Wits University to look into the illegal trade of pangolins locally. They conducted observational surveys for pangolins and pangolin products in muthi markets in five provinces (Gauteng, Limpopo, KZN, Limpopo and Mpumalanga) and Swaziland. They gathered an impressive amount of novel research material that has helped us better understand the demand for pangolins in southern Africa.