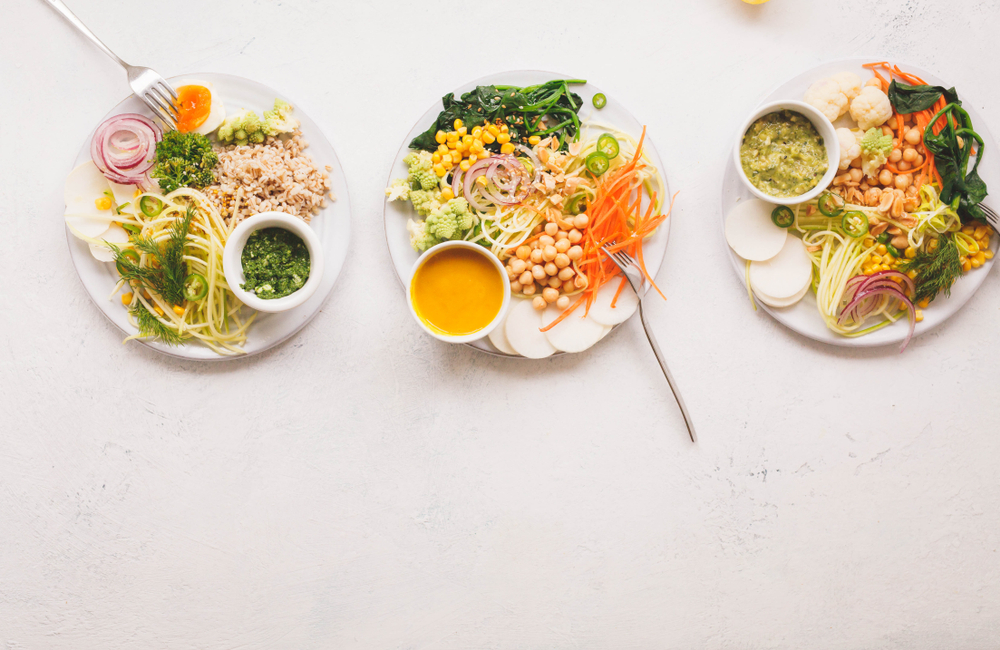 It seems 2017 is the year of the abundant gut colonies. Probiotics are increasingly being cited as the underrated little helpers for everything from clearing skin conditions, detoxing, warding off depression and cancer to giving flu germs the cold shoulder. The latest reason to bulk up on bacteria? Weight loss. Here’s how paying more attention to the trillion strong armies of these microbes could affect your jeans size.

We know bacteria live in the intestines, and we know that’s where all our food is digested. For the better part of evolutionary history, that’s what we thought our digestive colonies took care of – the breaking down of food. But while science is still doing the deep digging, new research is emerging that gut bacteria also influence how our bodies store fat, our abilities to balance glucose in the bloodstream and even alter the hormones that make our tummies rumble with hunger. Here’s an overview of the various links between bacterial gut health and their connection to understanding weight loss.

It seems the microbiome you are born with can influence your genetic predisposition to diabetes and even obesity.

Microbiome refers to the entire microbial communities in and on our bodies. We, humans, tend to have in the region of around 100 trillion gut microbes that are responsible for producing everything from enzymes, chemicals and hormones to the vitamins that interact with our bodies.

In a study published in the International Journal of Obesity, the presence of one specific champion bacterial species, Christensenellaceae, is connected to having a lower body mass index. So in other words, that specific one out of trillions is more prevalent in leaner individuals. Upon introducing that bacteria to mice with higher body mass indexes, their weight decreased over time.

While the initial prevalence of Christensenellaceae in your body microbiome is likely genetic, its quantities can be increased based on the foods we consume.

According to a 2013 scientific study, lean people have about 70% more gut bacteria than those struggling with weight gain. More doesn’t only speak to larger quantities, it also speaks to a diverse variety.

By studying twins, whereby one twin was lean and the other obese, the lean twin showed a veritable ecosystem of bacteria compared to their overweight sibling. Specifically, the leaner of the two had a larger quantity of Bacteroidetes – a type of microbe that better digests bulky plant starches into a more easily usable energy source. Those on the heavier end of the scale tended to have higher quantities of a bacterium called Firmicutes bacteria, the guy responsible for converting food to calories at a higher rate than the Bacteroidetes.

Jeffrey Gordon, M.D., the director of the Center for Genome Sciences and Systems Biology at the Washington University School of Medicine, conducted another rather interesting experiment whereby identical twin mice were given the gut microbiomes of human twins, one of whom had the flourishing lean gut bacteria and the other, the lesser varied gut colonies associated with obesity. The mice reflected ensuing weight gain in accordance with the weight of the twin whose bacteria they received, even while being on the exact same nutrient dense diet. Once the rodent with a poorer gut microbiome, however, was introduced to the sibling rodent with varied bacterial colonies, his weight began to normalize again as his microbiome became gradually enriched with a bigger variety of bacteria.

Your gut microbiota also determines how many calories and nutrients your body absorbs from the foods it breaks down. For example, the hormone that plays the role of removing sugar from your blood is set into motion by a select group of intestinal microbes. If those microbes are in dwindling quantities, and therefore your sensitivity to insulin is affected, your body may end up storing fat it would otherwise have burned.

Another influential chap in the band of good gut guys is the bacterium Helicobacter pylori, which plays a specific role in the production of a hormone called ghrelin. Ghrelin is what causes you to feel hungry and signals you to eat. Once the stomach receives the food, the Helicobacter pylori microbes decrease the production of ghrelin so the hunger subsides. But of course, if the ghrelin production isn’t curbed due to the lack of this very necessary bacterium, the hunger won’t go away, and you’ll experience a predisposition toward overeating.

H. pylori are far less abundant in most digestive tracts these days due to over-hygienic living conditions, processed foods and the antibiotic treatment for H. pylori-related to ulcers and stomach cancers. Of course, the prevalence of H. pylori infections has gone down too, which is fine for treating ulcers but not so great if the microbe responsible for reducing your hunger hormone is simultaneously greatly depleted.

But treatment for ulcers and infections aren’t the only places we get exposure to antibiotics. Since the rise of factory farming, livestock is treated with growth hormones and antibiotics too. In America, there is a direct correlation between counties that rely on large-scale feeding operations and obesity statistics.

So if you’re consuming meat and dairy from non-organic farms perhaps give thought to the impact this may have on healthy balances of microbiota in your gut.

With researchers more and more geared towards understanding how we can cultivate the right mix of healthy gut microbiomes, it’s almost certain that new evidence will continue to emerge on how bringing awareness to our digestive troops can help us reach desired goal weights.

But for now, it’s safe to say that taking your daily probiotics (considering everything else these heroic inhabitants have already proven their worth at) could boost your weight loss efforts. A word of warning though – don’t go thinking you can just start consuming vast amounts of Lactobacillus rich yoghurts while chowing down on fatty and highly processed foods. The scientists closed that loop too. The rats in Jeffrey Gordon, M.D.’s study on twin microbiomes that were exposed to the good bacteria but fed an unhealthy diet didn’t naturally proliferate with good bacteria. Turns out, even probiotics won’t want to live in you if you’re eating junk.

Make Your Own Kefir – The Probiotic Drink Your Gut Will Love