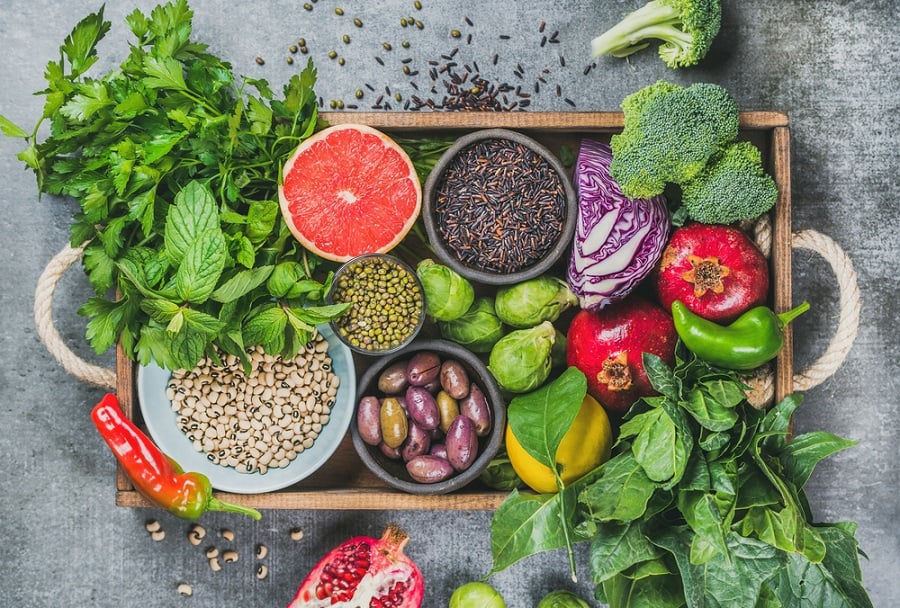 Posted at 22:49h in Faithful to Nature by Inga Sibiya 0 Comments
0 Likes

It’s funny how things tend to come full circle. Would you believe me if I told you that most of our eating practices aren’t as innovative as we’d like to think?

In recent years, health fundi’s and eco-friendly consumers have been raving about diets that consist of farm-to-table eating, buying locally, and even going meat- and dairy-free. The latest trend in sustainable living is seasonal eating.

WHERE DOES THIS COME FROM?

African history suggests that many cultures and tribes on the continent consumed a great deal of fruits and vegetables. It was, and still is, believed that livestock was both the sign and source of wealth. Families needed their cows to prepare the land for farming crops, the same cow would also be used for its milk, then eventually given by a groom’s family to the bride’s camp in the form of lobola (dowry). A goat or sheep was only ever slaughtered during a cultural celebration or death. Though a few of the Bantu people have since adopted a meaty diet, countries like Ethiopia still maintain their favoured lifestyle.

And because Africans tended to be nomadic, they would eat the produce naturally found in the area they were living in at the time.

They were eating seasonally.

Fast forward a few hundred years, and we are returning to that lifestyle because we can appreciate that summer, autumn, winter and spring present a natural schedule for our bodies. We are also realising that industrial farming does irrevocable harm to our bodies and the planet.

BENEFITS OF EATING WHAT IS IN SEASON:

Now, this begs the question, what fruits and vegetables should I be buying when?

During the months of December, January and February, you can enjoy your favourite stone fruits. Nectarines, peaches, plums, litchis, cherries, apricots and mangoes are at their sweetest and juiciest during these months. Kiwi, pineapple, pomegranate and most berries grow during the warmer months too.

I can’t get enough watermelon over the summer holiday because it’s delicious, and it’s high water content (92%) only means good things for my skin and digestive system.

From March to April, those ridiculously expensive avocados we insist on buying are in season. Figs, granadillas, papaya, apples and grapes also grow during autumn. Because the weather is starting to cool, citrus fruits that load us with Vitamin C during the sniffle season begin to grow as well. Look forward to grapefruit, oranges and naartjies.

June, July and August call for comfort food and hibernation. The cold climate isn’t very accommodating for fruits that grow on trees as they tend to get frost damage at night. Limes, lemons and tomatoes are among the few fruits that can survive the chilly months.

Beans are still sprouting during winter. Turnips continue to grow from autumn too. Other roots that manage to avoid the harsher weather conditions include both sweet and regular potatoes, parsnips, radishes, and celeriac.

Completing Mother Nature’s cycle are the months of September, October and November. Some of our favourite summer fruits are beginning to grow again. Watermelon, nectarines, apricots, coconuts, bananas and dates are naturally available during spring. Lemon and limes are still growing from winter too.

You can also look forward to the return of beetroot, carrots, celery and cucumber. Kale, spinach, lettuce and watercress make the most of the rainy weather.

Should We still Eat Seafood?