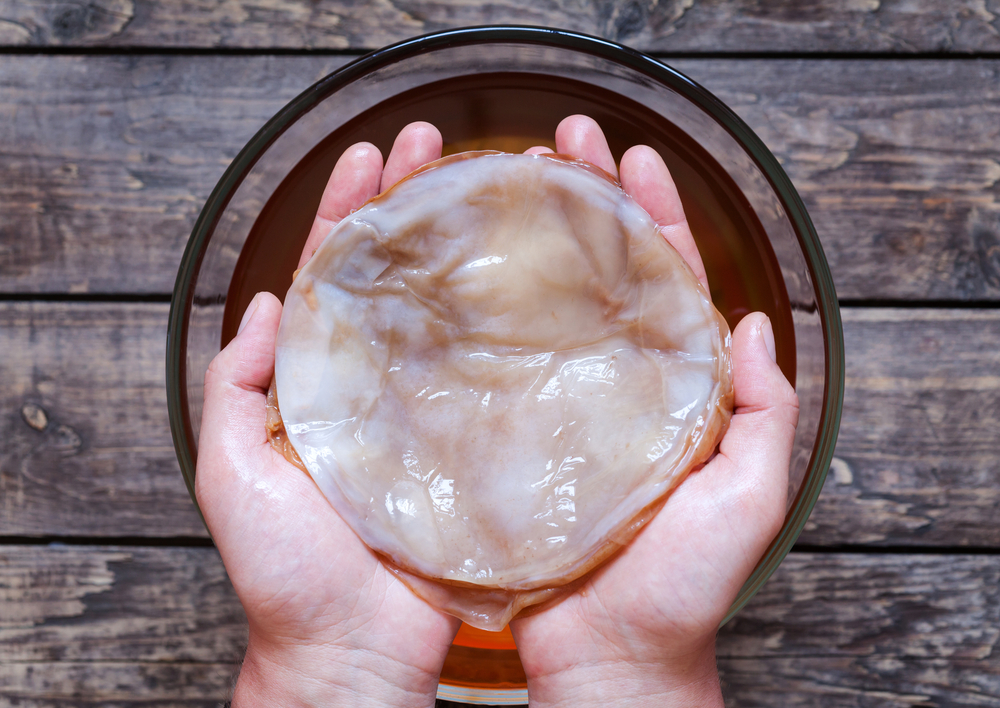 03 Oct Know the difference between Kombucha and Jun

Posted at 12:00h in Faithful to Nature by Andrea Fedder 1 Comment
0 Likes

The world has gone fermentation crazy and for good reason. With the host of heavy to digest foods sneaking into our diets lately, our gut health could do with some boosting. That’s where the miracles of microbes come in. Wild Fermentation author, Sandor Ellix Katz believes part of this thrilling renaissance lies in our awakening of ourselves as “co-evolutionary beings, part of a greater web of life.” In essence, the creating and ingesting of living health to enhance our own.  Kombucha has already done its due diligence in introducing health-seekers to the wellness potential of fermented tonics. But no one favoured product lingers in the limelight for too long. Jun tea is now the health elixir popping up everywhere and just in case you were feeling a little out of the health loop, wondering if they were the same thing or not, we thought we’d shed some light on the difference between kombucha and Jun to put you back on your A-game.

Kombucha needs little introduction, as the now widely popular fermented probiotic drink set into action by SCOBY cultures in a mixture of tea and sugar.

One source believes the name originates from the Japanese version of kombucha tea, which was made from kombu (the Japanese word for kelp). Another sites a Korean physician named Kombu who treated the emperor with a healing tea, hence ‘kombu’ + ‘cha’ (meaning tea).

What you should know about kombucha:

Jun is not so much a different drink entirely as a slightly different variation on the same concept. Think of it as a cross between kombucha tea and honey mead. Jun’s magic, however, and exact manufacturing techniques are somewhat shrouded in mysterious origins.

Based on ancient lore Jun dates back to 600 B.C northern China originating in the Tibetan Himalaya where it is believed Lau Tsu (Lao Tzu) gave an heirloom culture to the monks of Bon in Tibet.

Brewed by these monks and mystic Taoist, Buddhist and Shamanic spirituals, the revered health tonic was (and still is) prized for its ability to open up chi. The Tibetan Kampha Nomads, who were also trained spiritual and physical warriors, apparently learnt to brew this drink from the Bonpo Monks, cherishing the Jun drink’s kick or energising jing (the refined essence of Qi able to balance body, mind and spirit).

Unfortunately, not much information can be found on Jun even in Tibetan food books and texts on Himalayan ferments, according to Sandor Katz, so whether you believe in the ancient lore is up to you. The Jun drink is however still actively brewed in many parts of Tibet. Here are some of the distinguishing points to know on Jun.

What you should know about Jun:

Hopefully, this information equips you well to know the difference between the two and can elevate you to the health guru status we know you seek in order to drink or brew the one that’s right for you.

Head this way to try some top-selling kombucha. Or get the kit and become a homemaking healthy fizzy, drink pro. If you prefer to dapple in team Jun, ty our new Jun drink and see for yourself which you prefer.