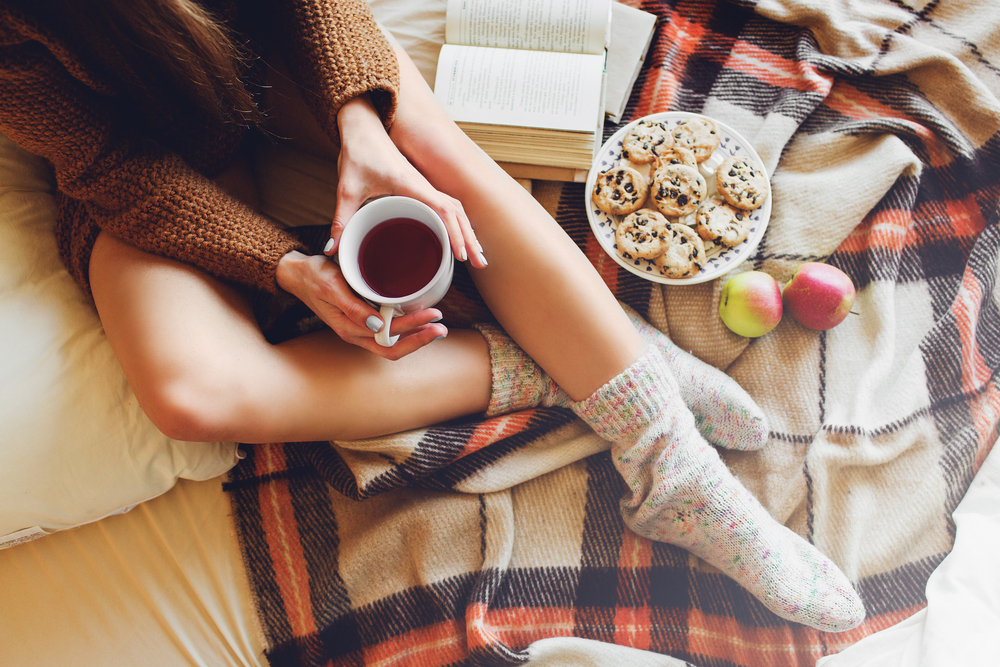 The chill has truly set in and with grey skies and icy winds and it’s the season for eating food that makes us feel warm and snug: comfort food. It’s natural to want to eat more when it’s cold, as our bodies need more energy, and those refined carbs become ever more tempting.  This needn’t mean you need to secretly balloon a few sizes beneath those woolly sweaters though. Here are few tips to redirect those cravings to some foods that are not only yum and healthy, but have also been found to boost your metabolism.

Nothing says comfort food like pasta and it’s one of the easiest meals to whip up that hits that emotionally satisfying spot. But pasta that’s not fattening? You’ll be glad to know there’s a new generation of pasta that changes the game. Low GI pasta has made its debut. Whether you go for King Soba Buckwheat and Sweet Potato, Shirataki, or Barenakd high protein, pasta is legal again. Low GI means that it has a low glycaemic index and wont spike your blood sugar, a major culprit when it comes to weight gain.

There have been studies that indicate that raw organic cocoa powder can boost your body’s metabolism by helping it convert fat into energy. It can also act as an appetite suppressant. Your body produces a hormone called Ghrelin which increases your appetite. If you are insulin resistant – a major contributor to excess weight and a precursor to type 2 diabetes – you don’t ever feel properly full. A study done in the Netherlands showed that dark chocolate lowered ghrelin levels and improved insulin resistance.

Raw cacao has very high antioxidant levels and is also a great (and scrumptious) way to boost your immune system in the winter months. So nibble on some cacao nibs, enjoy a slab of dark, or even better, make yourself plenty of delicious cups of steaming hot cacao this winter.

Mushrooms have that earthy, umami taste that just goes so well with wintery warm foods. Studies have shown that mushrooms, especially portabellas, can help regulate blood sugar levels. Mushrooms also contain a phytonutrient called ergothioneine which is an amazing support for general health, protecting your tissues, strengthening you system and stabilising sugar. So be sure to toss some mushrooms into your stews and into your sauces. You can also try this delish Chaga mushroom hot chocolate recipe and relish the benefits of both cacao and mushrooms all in one.

It almost needs no saying that winter is the perfect time for warm, spicy foods, but an added benefit is that spicy foods such as chillies, cayenne, black pepper, ginger, mustard seeds and cinnamon are great metabolism boosters.  A Canadian study found that using spices could help burn 1,000 more calories daily. Winter is the perfect time for a delicious bowl of curry veg stew or stir-fry.

Cayenne pepper contains Capsaicin which helps you break down fat fast while making it harder to put on fat, while cinnamon is known to stabilise blood sugar levels and fend off carb cravings. So cook with spices, add a touch of cinnamon to your hot chocolate or tea.

Okay so you may be wondering – does this sound like a comfort food? Transform it into a steaming hot toddy and it will be! Give this wonderfully warming alcohol-free Apple Cider Vinegar Hot Toddy a try – ACV is famous for its fat burning effects and is an amazing overall health booster on so many levels, especially great for flu season. This recipe also includes the metabolism boosting effects of spices.

Seaweed such as Kombu or Nori  is high in iodine which is essential for your thyroid hormone which is a great metabolism booster. Another nutrient in seaweed is called Fucoxanthin which gives it its green-brown colour and is thought to boost metabolic rates too. It’s as simple as adding some chopped kombu to whatever winter dish you’re cooking such as soups or stews. Seaweed also contains plenty of essential fatty acids, also known for boosting metabolism as well as an array of other health benefits.

Oatmeal is a real winter warmer that will start your day off with the right kind of carbs. It’s slow release so you’ll have long-lasting energy, without blood sugar spikes and excess insulin which could get stored as fat. In studies it was found to be one of the top most filling foods around.

Red wine is the perfect wine for richer winter foods. A study found that the well-known antioxidant in grape skins called resveratrol inhibits the production of fat cells, and another substance called calcium pyruvate helps fat cells burn more energy. Why not make a glass or two of spiced wine to share around the fireplace?

These are really filling and great for vegans. A half-cup serving provides about 40% of your daily protein needs and 70% of your daily fiber intake, giving you sustained energy and preventing cravings. They make a convenient and hearty winter meal that’s so comforting.

Sweet potatoes are rich in carotenoids, the pigments that give them that orange colour.  They do more than add colour though, they also help your body respond to insulin. They also contain a substance called CGA, which slows the body’s release of glucose and insulin. They make for a really satisfying and filling meal.