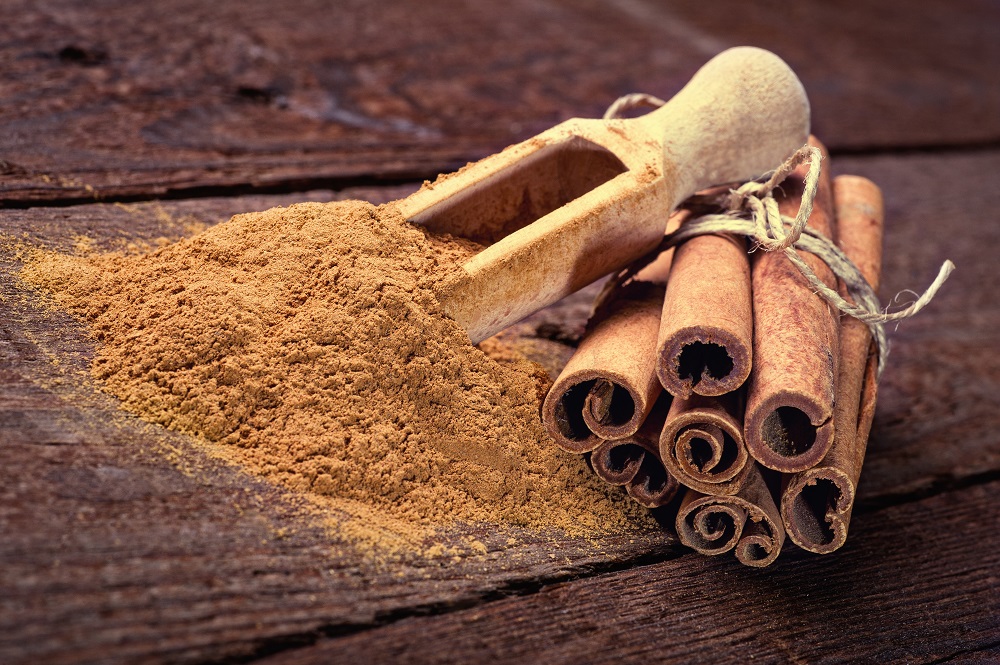 06 Jul Will the Real Cinnamon Please Stand Up?

Posted at 07:54h in Recipes by Renee Louw 0 Comments
0 Likes

Mention cinnamon and most likely pancakes and milk tart come to mind, but really, there is much more to this enticing exotic spice than we may be aware of, and it has come out after all this time that this trusty favourite’s poorer cousin may have been pulling a doppelganger on us. Are you aware that there are in fact two types of cinnamon out there?

There has been a kind of culinary scandal about real cinnamon versus fake. But, after all, what we have been buying all along is what we know as cinnamon, and seems to fit the bill. Have we ever really tasted real cinnamon and what would we be missing? With the good press cinnamon has been receiving as a healing spice, it may be worth exploring; who’s who and what do they do?

For a start, all types of cinnamon belong to the same plant family, the Lauraceae family. Other surprise members of the Lauraceae family include avocado and bay leaves. Rather a nice family overall. There are two broad factions when it comes to the cinnamon clan and this is where you need to take a second look.

Cassia cinnamon (Cinnamomum burmannii) hails mostly from Indonesia, Java, China, Vietnam and Saigon. It is also the so-called imposter. The cheaper version. Fake cinnamon is much cheaper because it grows in more than one region, and many different cassias can be used for its production.

Ceylon Cinnamon (Cinnamomum zeylanicum [Ceylon] or verum [true]) known as true cinnamon is not as commonly used, because of its limited supply and high demand. Its name hearkens back to the region of Ceylon, now Sri Lanka, where this spice was originally sourced. It was first touted by the Egyptians who valued cinnamon for its medicinal qualities, next by the Romans, then by Marco Polo, and later by European traders.

They are both real, but is there a difference?

Both varieties of cinnamon have similar health benefits and nutritional content. However, there is a key difference, something called coumarin. Therein lies the rub.

Coumarin is a natural chemical found in cassia. Its sweet scent has even been used to improve the smell of perfumes and pipe tobaccos. However, scientific research has shown that even relatively small doses can lead to liver damage, and coumarin also has blood thinning properties that pose a risk to those already on blood-thinning medication. Cassia (fake) cinnamon is significantly higher in coumarin, containing 100 or more times as much as the Ceylon variety.

Did You Know? It only takes roughly 2g of Cassia cinnamon a day to exceed a safe dosage of coumarin for the average person, even less for babies.

If you love your daily hit of cinnamon but experience discomfort when you indulge in Cassia cinnamon, you may be able to enjoy Ceylon cinnamon without the same side-effects, and benefit from its numerous health benefits too.

Here are some ways you can distinguish between Cassia and Ceylon cinnamon at a glance, before you buy them:

It’s harder to tell the difference with ground cinnamon and in this case you will need to do a spot of label-checking – if it just says cinnamon, it’s probably suspect. Cinnamomum cassia means it’s “fake” Cassia cinnamon. Look out for Cinnamomum zeylanicum or for Cinnamomum verum, True cinnamon, that’s what you want.

Ground: Ground True Cinnamon is dusty and fine in texture and light brown to tan in colour, whereas ground Cassia is slightly coarser, darker and more reddish.

Quills: Both forms of cinnamon can be bought in quills or bark form too. Real cinnamon sticks are soft and the bark is thinner, so you may see a few layers of thin bark. Fake cinnamon sticks have a deep red-brown colour and one single bold curl that meets in the middle, without any layering.

True cinnamon smells sweet with woody undertones and no bitterness or pungency; it has been described as having a cardamom-like tinge. Cassia has a slight bitterness and has more of a spicy, hot scent. Its stronger flavour is used a lot to flavour food commercially.

Egyptians used cinnamon in their incense and embalming mixtures, and in Medieval times doctors used cinnamon to treat things such as coughing, arthritis and sore throats. The 12th-century German abbess and herbalist Hildegard of Bingen recommended it as “the universal spice for sinuses,” and to treat colds, ‘flu, cancer and “inner decay and slime”. Modern research has been confirming what ancient custom has always held, that cinnamon packs quite a punch in the health department.

As usual antioxidants are at the top of the list. They play such a huge role in protecting us from pretty much anything that could go wrong. Real cinnamon also make short work of microbes such as the E. coli bacteria, fungi and yeast, making it useful in the arsenal against infections and food poisoning. Cinnamon has long been used in traditional ‘flu remedies too.

Balancing blood sugar can make such a difference to our systems, affecting both how we look and feel. Studies indicate that cinnamon appears to stimulate insulin activity, and that helps the body to process sugar more efficiently.

Tel Aviv University researchers discovered that an extract found in true cinnamon bark, called CEppt, contains properties that can inhibit the development of the heartbreaking disease of Alzheimer’s. It is also suggested that cinnamon may help you feel alert by increasing blood flow to the brain. In aromatherapy, smelling cinnamon is said to increase your mental clarity.

“This is how cinnamon should taste! Delicious in my morning oats or in smoothies!” – Liesl

“This is full of real cinnamon flavor, and I like to keep a stick in my mouth for fresh breath during the day. It’s worth having.” – Ayanda

With so many benefits for your body and mind, being delicious and warming too makes cinnamon the perfect winter way to spice up your health and happiness. And it’s as simple as adding an appealing dash of spiciness into an array of whatever you’re having:

These cinnamon biscuits were first made over 900 years ago by the Christian saint, Hildegard of Bingen. She said that these spice biscuits should be taken at regular intervals to increase joy and positivity! You can substitute half of the plain flour with spelt flour, and use organic ingredients.