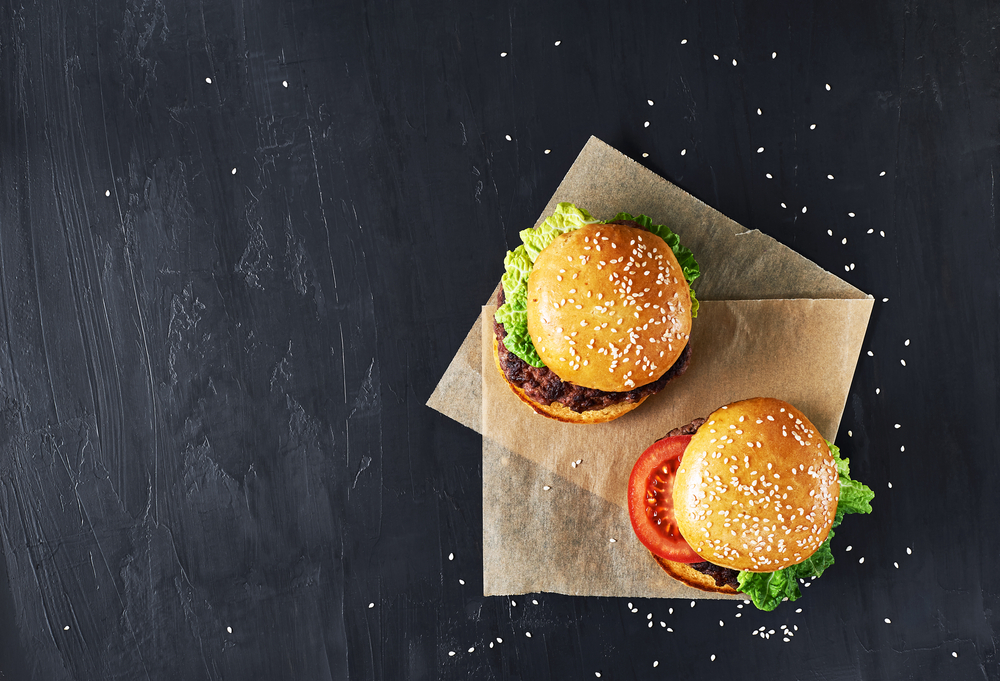 26 Jan The Impossible Burger: Is real tasting fake meat the eco solution to the battle with beef?

Posted at 15:47h in Faithful to Nature by Andrea Fedder 5 Comments
0 Likes

In a shiny stainless steel test kitchen nestled in Silicon Valley, a food scientist is preparing a hopefully sensational meatless burger. As the spatula glides in beneath the hot surface of the pink, fleshy patty fat sizzles around its seared edges. Once flipped, the delicious meaty aromas practically make the mouth water. Deep red juice bleeds from the raw side of the burger patty…

Why is it necessary for a vegan protein burger to bleed, you might be asking yourself? Isn’t the whole point of going meat-free to want to get away from anything associated with eating a living creature?

Willing and eager vegetarians (including vegans) only make up a maximum of 20% of any given country’s population, with some nations still as low as 1.5%. Here, of course, India is the exception falling in closer to between 30 and 40% as, for them, it’s intricately linked to the Hindu faith. These majority of vegetarian and vegan individuals have chosen a path of meat-free food consumption for many good reasons. Some choose not to eat meat because they believe all animals are sentient and shouldn’t be sacrificed for our appetite. Some feel the process of animal farming has become fast, ruthless and cruel in its endeavour to feed the insatiable demand for meat. Others choose to cut out meat due to the environmental impact of agriculture and farming and the rapid rate at which it’s damaging and depleting earth’s resources. And yet others do so for the detrimental health effects on the body incurred by consuming an acidifying animal protein-based diet. In India, it’s largely a religious pursuit. They are all-powerful, valid reasons. But most vegans or vegetarians in my circle have said that arriving at the desire to follow a plant-based lifestyle was a compulsion that came from within. It just suddenly made sense one day to do so, for whatever reasons were compelling enough to their moral compass. So, for many of them, a bleeding patty might actually be too close for comfort.

But with meat eaters still making up the lion’s share of food consumers, you can practically hear the planet groaning under the weight of our societies carnivorous appetite. Which begs the question  – what if there simply isn’t enough time for all the earth’s beef consumers to willingly arrive at the point where they choose a meat-free diet for all or any of the above-mentioned reasons?

What the team at Impossible Foods created isn’t yet another mere vegan-friendly patty. They’ve engineered a burger or mince designed to convert the masses of meat eaters into accepting a viable alternative. How could this be done? Their team not only studied the individual properties of a real beef burger, the texture, smell, and of course the taste, but they also took note of how these elements come together as a symphony of satisfaction. Once identified, they found plant-based alternatives for all these delectable aspects and essentially cooked up a recipe while wearing lab coats instead of aprons.

A key component in the savoury, salty, umami flavour of a burger comes from a variety of different proteins found in meat, mainly one called myoglobin which resides in muscle tissue. Within the myoglobin, however, there’s a tiny compound called heme which imparts that almost metallic iron flavour one craves from meat.

The guys at Impossible Foods found that heme can also be sourced from globins in plants, particularly from the leghemoglobin in the root of the soy plant.

So the anatomy of the Impossible Burger comes down to this:

But, where the heme is concerned at least, it’s not as easy as growing it on a cow-less farm.

Unfortunately, the quantities of heme needed to make enough of these pseudo-beef patties would be unfathomable and entirely unsustainable. An entire acre would only provide 1 kilo of the soy sourced leghemoglobin.

Their solution was to engineer a yeast that, when implanted with the genes that code for leghemoglobin, could produce vast quantities of the sought after heme, but with a fraction of the footprint.

However, while their heme is sourced from a plant which we do consume in vast quantities, the root is not something eaten in any mainstream diet. Even though Impossible Foods have had the engineered heme tested as safe in a rat feeding study, and were under no obligation to notify the FDA of a newly introduced ingredient, they did so for the sake of transparency. But the FDA doesn’t feel that their arguments of comparing the soy leghemoglobin to other edible proteins sufficiently establish grounds for safe consumption. So it seems the jury is still out on fully welcoming soy-based heme into the safe foods arena.

Never the less, Impossible Foods have scaled up production on this meat-free patty from 300 000 pounds to 1 million per month. With the meat industry taking up half the earth’s land for farming, they believe the only way to combat the unsustainable yet insatiable meat cravings is by creating a little disruption that still tastes satisfyingly good.

And taste good it most certainly does. BuzzFeed took to the streets to test the burger on a variety of meat and veggie lovers. The results were pretty impressive – ie, it looks like this burger won hands down.

The cycnic in me can’t help but wonder why the dire situation of our planet isn’t enough of a compelling reason to compel all these carnivores to consider more real plant-based foods in their diet, grown in sunshine and soil rather than labs. ‘Fake meat’ engineered by scientists might very well be a tasty solution to all this unsustainable meat consumption but it’s not going to address our collective inability or lack of desire to want to live in balance with what the earth is able to provide. This burger might bleed, it might hit all those wide-eyed meat lust buttons, but isn’t it just another indication that we have a tendency to move further away from nature instead of towards her?

What do you think about this possible meatless meat of the future?