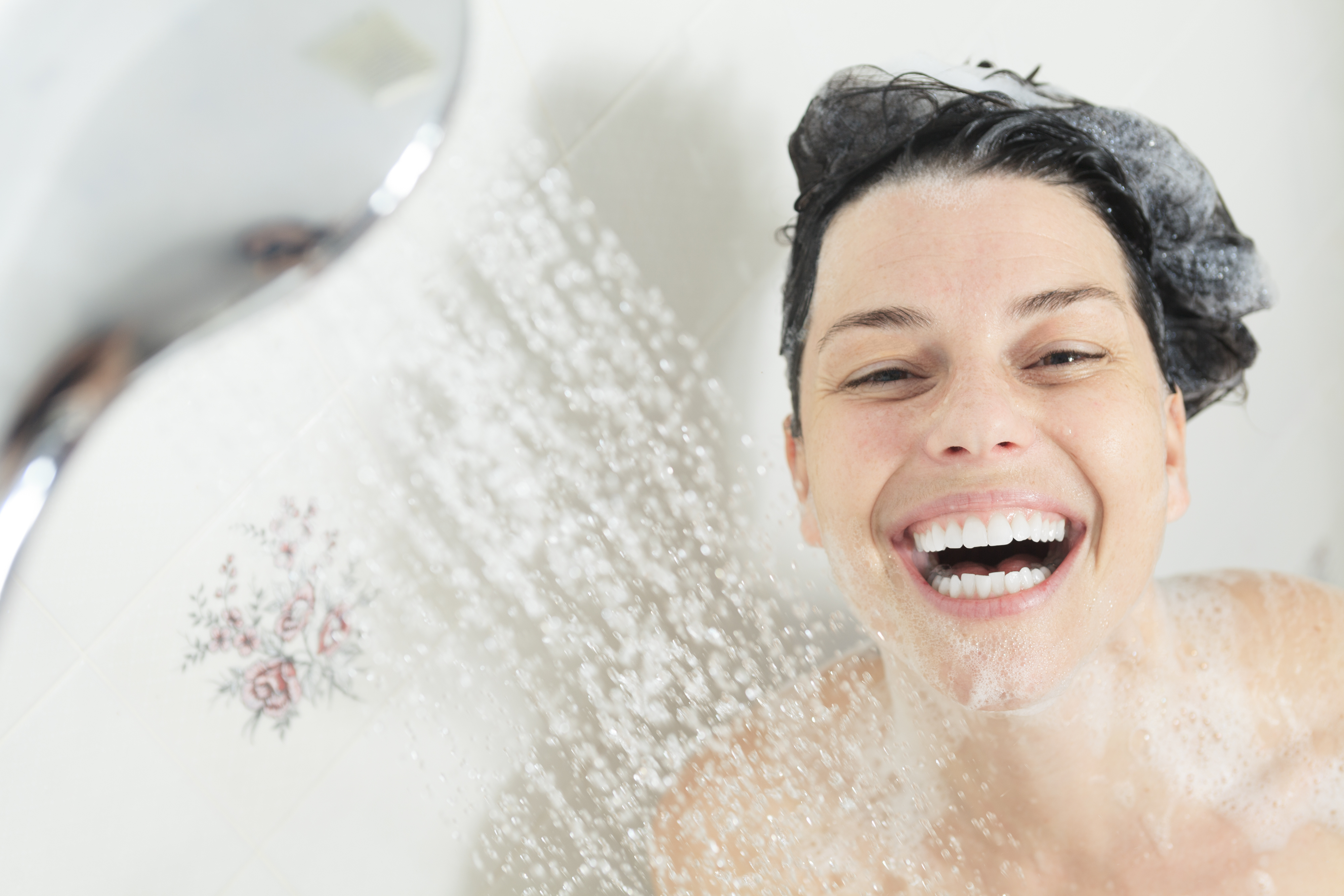 01 Aug Hold the Soap! Bacteria is Good for Your Skin

Perhaps you associate good hygiene and skincare with that squeaky clean feeling you get after lathering with loads of soap. But what if being too squeaky isn’t the best kind of clean?

It’s been all over the news that the microbiomes of bacteria in your gut, in other words probiotics with long and luscious unpronounceable names, are a key to your health and happiness; but when it comes to your skin… too much bacteria is bad right? Isn’t that why we wash all the time?

Well that depends if you see all bacteria as dirt. Because as it turns out, your skin is teeming with microbes – little invisible living bugs. Does that make you want to reach for some strong disinfectant? That may just mean you need to change your relationship with bacteria.

Because, in fact, you have your very own unique combination of bacteria living on your skin, kind of like your own fingerprint and there are between 300 to 500 species of them. From the moment your entered your mother’s birth canal, to crawling around on the floor as a babe, you have been dealing with microbes. There has even been research into the benefits of micororganisms in the soil on our mood and health – gardeners with dirty hands may relate. The right communities of bacteria on your skin are good for you. Time to make friends!

There has been a perception, especially when dealing with skin issues such as acne, rosacea and eczema that you need to disinfect your skin thoroughly to control infections. Scientists are discovering though, that what you may really need is to cultivate the right sort of bacteria on your skin. The acid mantle on your skin, along with the natural bacteria that thrive there play a big role in your skin’s health and proper functioning.

Probiotics work from the inside to promote beautiful skin by enhancing nutrient and fat absorption, protecting against inflammation and boosting your whole immune system. It’s been found that supplementing internally with probiotics can help with skin conditions such as eczema and psoriasis, because, amazingly, the microbes in our gut have been shown to be able to communicate with the bacteria that are found on your skin and in your mucus membranes.

Taking this a step further, the next big thing in skincare is applying probiotics topically. A study done in 2010 on 66 women showed decreased sensitivity and a strengthening of their skin’s natural barrier after two months of using a topical cream containing Bifidobacterium Longum (don’t worry, you dont have to remember his whole name, just call him Bif), and a 2014 study found that topical treatment with lactobacillus decreased dermatitis in children noticeably.  The right bacteria play a role in discouraging harmful bacteria on your skin by competing with them, acting as a first line of defence against pathogens.

The bacteria on your skin also play a role in collagen production and are thought to help your skin maintain its hydration by promoting hyaluronic acid, which plays a key role in keeping your skin’s structure tight and firm– that’s definitely good anti-aging news.

Your Own Beautiful Biome

Making sure you consume plenty of naturally probiotic-rich foods in your diet such as Sauerkraut, Kimchi, Kefir or Kombucha or supplementing with a quality probiotic supplement may be more familiar territory to you, but getting the bacteria onto your skin from the outside may seem a little more confusing to you. Rolling in the dirt perhaps?

The field of skin probiotics is just taking off, and there are some exciting new products that have been developed, and most certainly there will be more to come.

One of the probiotic products causing a buzz at the moment is called Mother Dirt AO+ Mist. It contains delicate live ammonia-oxidizing bacteria that are naturally occurring, but that we tend to thoroughly eradicate with our enthusiastic use of soap. It’s these sensitive bacteria that the developers say we need to recolonise our skin with to prevent infection, reduce body odour, and optimise cellular function. You use the product to mist your skin instead of lathering it with soap or cleansers. The report-backs of people who have been brave enough to try this have been positive.  The inventor, it’s been said, has not showered for the past 12 years. He just takes the occasional sponge bath to wash away grime and lets his skin’s bacterial colony to do the rest. Now of course there’s no need to be that extreme, but his confidence in his product and the fact that he is still accepted in polite society tells you something.

Another company that’s doing great things with probiotic skincare is our very own organic local skincare gurus Esse. They’ve developed a superb range of Probiotic Skincare products all designed to feed your skin mantle with a matrix of those precious living mites.

This is one of the genius ways to do it yourself without breaking the bank. If you have already cottoned onto the deliciousness of probiotic-rich yoghurt, kefir and Kombucha, all you have to do is reach into your fridge and give yourself a facial using either one of these as is. Kefir and yoghurt contain anti-aging lactic acid and make fabulous skin renewal masks.

For the runnier liquid of the Kombucha, or if your kefir is very runny, simply soak some cheesecloth in the liquid, place over your face and put your feet up for half an hour or so. You can can up the ante for a deep cleanse with the kombucha by mixing in some green clay. Once done, rinse off with water.

Easy On The Soap

Reassess just how obssessively and  how often you tend to cleanse too. No one’s saying dont practise good hygeine, just keep a healthy balance.

Avoid chemical antibacterials such as Triclosan, an antibiotic found in many antibacterial soaps that has been linked to heart disease and foetal changes; enough reason to avoid it already! It is also is the equivalent of taking internal antibiotics, which is known to damage beneficial bacteria in the gut. Overusing chemical disinfectants in your home in general may lead to an imbalance of healthy bacteria to inoculate your skin with. Apple cider vinegar makes a great disinfectant cleanser that also has probiotic-like properties.

The deeper we go the more we discover that there is so much more to us than we realise. The invisible world of microbiomes may hold many keys to understanding just how much we are a part of the myriad of teeming life around us and how that plays a role in our wellbeing.