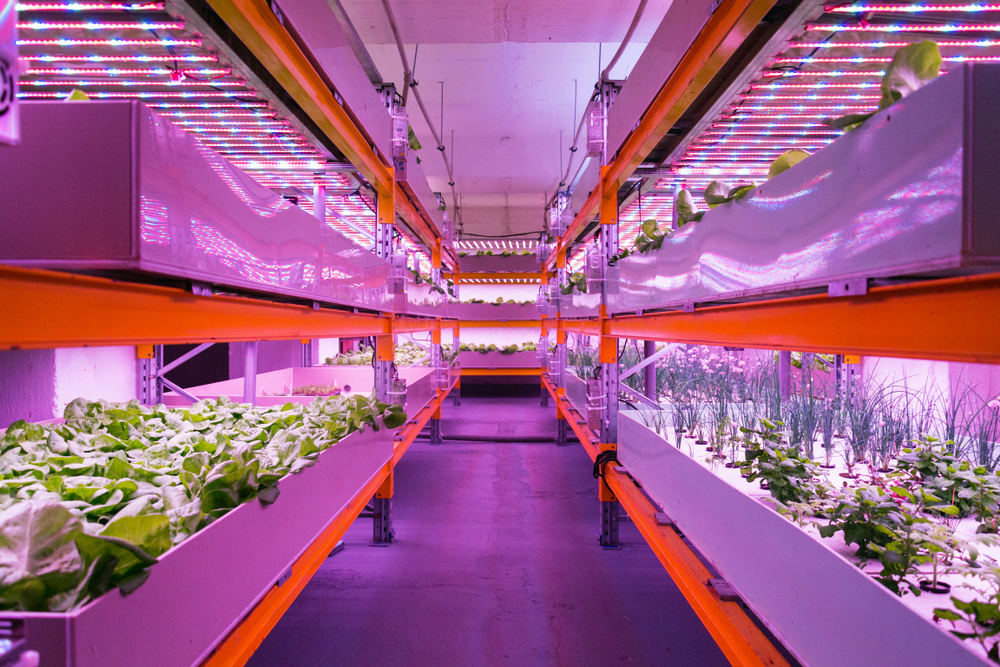 In two recent blogs, we’ve explored how the climate in southern Africa is expected to change in the coming century and the ecological pros and cons of fish farming. The two are somewhat connected. Due to droughts becoming more frequent our water supply is expected to drop significantly, which will have a huge impact on our food supply. Aquaponics – the combination of aquaculture (fish farming) with hydroponics –  offers a glimmer of hope. Farmers around the world in countries such as Australia, Costa Rica, Netherlands, Uganda, Namibia and USA have embraced aquaponics as a viable solution to our broken food chain and changing climate.

FIRSTLY, HOW DOES AQUAPONICS WORK?

Waste from fish ponds is collected and run through a biological filter, which turns the waste into a form of plant fertilizer. The plants absorb the nutrients, after which the now clean water returns to the fish. So it’s a closed-loop system that feeds itself (mostly) and allows for the year-round production of protein and vegetables. Fancy, right?

THERE ARE FOUR MAIN ADVANTAGES TO AQUAPONICS:

1. It can use up to 90% less water than normal agriculture.

‘The largest loss of water in agriculture is through infiltration, water percolating into the ground that’s not used by the plants’ roots,’ says Martin Niwinski, an aquaponics technician. ‘This isn’t the case with aquaponics because 95% of the water is reused. The closed-loop system recycles the water so it’s particularly useful during a drought –  the only losses that you should have are evaporative losses.

2. Pesticides can be avoided

Some aquaponics farmers do use pesticides but the systems can be set up to avoid them.

According to Niwinski, since nutrients are constantly available to plants’ roots, plants can grow up to 25 percent faster than in soil, the produce is amazing and many of the plants that thrive in aquaponics are very easy to cultivate. Systems grow greens such as lettuces, watercress, sorrel, celery, fennel, and bok choy. And, of course, fish can be harvested as an additional food or revenue source.

4. Urban environments
Entrepreneurs in Europe see aquaponics’ potential as most useful in dense urban environments. They believe it can reduce food transportation costs and provide more equitable access to healthy food. The systems can be built vertically, horizontally or stacked on top of one another – with some farmers reporting growing six times more per square foot than traditional farming.

One wonders what this could mean for townships in South Africa where there’s a lack of arable land and a low number of entrepreneurial ventures. Could aquaponics be a possible solution to both these issues?

That’s unlikely at this stage, as there are also SOME DISTINCT DISADVANTAGES TO AQUAPONICS:

Starting an aquaponics project has a higher initial cost than other production methods, such as home gardens. Giving an exact figure is difficult as it depends on the size of the system and its technological level. Keep in mind that pumps and plumbing items are required.

Aquaponics uses significantly more energy than conventional agriculture in terms of heating, cooling and supplemental lighting systems. Niwinski reports that the highest daily costs at his centre are from heating the fish pond to accommodate warm water for the tilapia, one of the most commonly used fish in aquaponics.

A local expert, Oliver Dawson, maintains that it depends very much on how you build the system. ‘Aquaponics is about moving water. If you set your system up cleverly, you won’t need to pump the water too far and you can cut down on your electricity fees.’

3. Things can get complicated

Aquaponics is relatively more complex than other production systems as you need to have a simultaneous understanding of two different agricultural ecosystems; morphological and physiological. Basically, this means there are more chances for the system to fail.

Another challenge facing agriculture is the need for well-trained, knowledgeable farmers. To successfully master aquaponics’ symbiotic system, Niwinski has been training and studying for four years and he still has much to learn.

4. The cost of fish food

The cost of food for the fish has the potential to make the system economically unsustainable. It can become the most expensive factor in the entire system.

If you take your eye off the system for a weekend, the pump can break or the pipes can get clogged and you arrive home to a broken, irreparable system.

But wait! Don’t be put off just yet, there are a growing number of success stories worldwide…

Farmers in Uganda have been spurred into shifting their farming methods due to changes in rainfall, temperature and other patterns in weather. The Water Governance Institute, a Ugandan NGO that has been looking into a number of ways to improve agricultural efficiency in the face of these climate challenges, has found that aquaponics is one of the most promising options.

Farmers in the Adjumani district of northern Uganda started adopting aquaponics due to the high market demand for both fish and crops in the area. The introduction of aquaponics has improved child nutrition, food security, land quality and family cash access. Despite the success stories, there have been many challenges. Continuous production means a farmer needs greater access to seedlings, fish feeds, fingerlings, water and knowledge about how to maintain and market the produce.

An engineer called Franz Schreier has designed a prototype of an Aquaponics Solar Greenhouse.  It’s designed to operate without any external energy input. His greenhouse combines everything from special coatings on the glass to rotating solar panels to PAR light films (these films can shift light from green, a colour that plants don’t use much for photosynthesis, to other usable colors) to a sulfur plasma lamp (an artificial light source that can mimic the sun). The technology exists to get these going but the costs are currently unfeasible. Time to give Mr. Musk a call.

Superior Fresh, the world’s largest aquaponics facility, opened in 2017 in Wisconsin with a vision to change the world through sustainable agriculture and healthy food. Its three-acre greenhouse and one-acre fish farm provide leafy greens to retailers, restaurants, schools and hospitals all over the Midwest. Superior Fresh plans to expand its distribution of leafy greens and begin selling its Atlantic salmon to markets later in 2020.

‘This type of technology allows you to produce the freshest and healthiest products year-round,’ says lead grower Adam Shinner. ‘We deal with the cold winters by using our high-tech control systems that will detect how cold it is outside and modulate our heating system to keep the growing systems at optimal temperature for the fish and plants.’

As the industry develops, one hopes that technological breakthroughs will trickle down to assist smaller farmers too.

Aquaponics in our own country is still small in terms of the number of farmers and the size of the systems. Yet the potential to address food security challenges is clear. Policies such as ‘one home one aquaponic system’ and ‘one school one aquaponic system’ could be used to promote the concept of aquaponics and get children involved early. However, more studies need to be done to understand the systems better, particularly in relation to South African fish and plant species, and environmental conditions.

Currently, it’s believed that economically-viable pond aquaculture in South Africa is nearly impossible due to our climate – there are only three or four commercial aquaponic operations. Even tilapia, which is known for withstanding harsh environmental conditions cannot be produced in ponds in South Africa naturally and requires adjustment of fish tank water temperature. While greenhouse aquaponics could be the solution, the establishment of a fully operational controlled facility to grow fish is very expensive.

Ultimately, the thinking is that there’s a huge amount of potential in aquaponics but farming, solar and greenhouses technologies need to develop further before it becomes a viable nationwide solution.