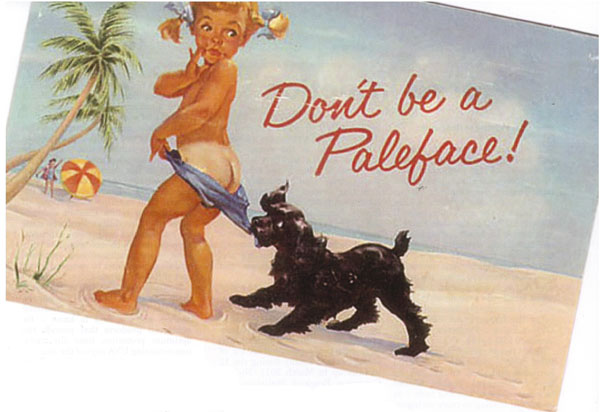 The recent media frenzy that was triggered by a Noseweek article last month ‘exposing’ CANSA’s testing of local sunscreens and finding 19 of them did not meet the ‘new’ European COLIPA standard, actually helped to highlight just how much the general public in South Africa are in the dark when it comes to how sunscreen protection actually works. Most of all, it has highlighted the importance of the need for quality UVA protection.

Sun-tanning came into its own around the 1950’s and it was only around the 1980’s that sunscreens started to make their presence felt as people began to realise the importance of protecting their skins rather than just tanning. As increased research revealed the extent of skin cancers and particularly the dreaded melanoma, sunscreen became a global focus in skin health.

Internationally, a certified test for protection from the sun’s UVB rays, became globally recognised as the SPF (Sun Protection Factor). This test however, did not assess the protection provided from the sun’s UVA rays, which were initially not thought to be the culprit where skin cancer is concerned. UVB rays were the ones burning our skin, but what was not realised until more research revealed the fact, was that the UVA rays were the ones burning deeper into our skin layers and causing as much, if not more, damage to our skin, including melanomas.

With high protection from UVB rays and no protection from UVA rays, the incidence of skin cancer was rising, not falling.** In effect the skin is protected from burning, which is the body’s natural signal to get out of the sun, which in turn enables staying out longer in the sun. This allows the UVA rays an extended time to do their damage.

Another consideration is that Vitamin D, which helps our natural defense systems fight against cancer and other health issues, is created through a photosynthesis type process of the UVB rays connecting with our skin. Blocking the UVB rays through the use of high SPF’s disables this natural ability, which only heightens the potential damaging effects of the UVA rays.

However, a low level of UVA protection combined with a high level of UVB protection – which can be the case in many sunscreens labelled “broad spectrum” –  is almost as damaging as having no UVA protection, for the same reasons as above.

Thus UVA protection became something that health bodies started to insist upon and it became increasingly urgent around the globe for a single UVA test to be selected from all the different UVA tests that were already available, and legislate this as a requirement when manufacturing a sunscreen. An international body of experts  (the International Standards Organisation, or ISO) with representatives from a number of different countries in the world, have been gathering data and assessing the tests available to be able to select one International Standard for a number of years. Their choice was published in May this year, but was a test that had already been adopted by COLIPA, which is the European equivalent of our local Cosmetic, Toiletry & Fragrance Association of South Africa. Thus in South Africa the term COLIPA and ISO, when applied to the sunscreen UVA testing requirements, are really referring to the same thing.

Dr Beverley Summers, Head of the Photobiology Department at the Medical University of South Africa, known as Medunsa, , was quoted as saying that this new test is the most stringent test for UVA today and “gauges whether sunscreens break down chemically when exposed to harmful UVA rays” or “how much UVA protection a sunscreen loses when irradiated”. Dr Summers has also been a member of the International SPF Harmonisation Group and ISO board over the past few years. The test “takes the spectrum of protection and level of protection, irradiates it, and then takes the level at the end”.

The Cancer Society of South Africa (CANSA) decided to test 35 of the 357 sunscreens available on the market currently in SA and found 19 of the 35 failed the test. This highlighted the need for CANSA as an organisation to include this test as part of their criteria for a CANSA seal of approval, regardless of whether South Africa have legislated it as a manufacturing requirement yet or not. They are in the process of doing this with all their listed sunscreens. It should be noted that the USA has not implemented this standard yet either and have in fact only legislated that “board spectrum” is required, where UVA is concerned. So buying a sunscreen manufactured in the USA does not guarantee that the sunscreen manufacturer has had to comply with a higher standard of testing, as many people tend to think when comparing South African sunscreens with imported sunscreens. In fact, the South Africans have been at the forefront of the international body pushing for more efficient methods of testing UVA protection levels for a while. Also, South African manufacturers themselves have been urging for local legislation improvements through the SA Bureau of Standards to be in line with the COLIPA standards.

Dr Summers added that “sunscreens that do not photo degrade and lose their stability are those containing zinc oxide or titanium dioxide”. They are also the “best choice for children’s suncare products as they are less reactive to the skin and less likely to photo degrade”. It’s questionable if they even require the added UVA test as they are not expected to photo-degrade at all.  It’s the chemical sunscreens only that are known to photo-degrade.

So, where optimal UVA protection is concerned, look for a sunscreen containing one of these ingredients and wherever possible, a certification of the level of UVA protection (eg. Boots Star) in addition to the new ISO or COLIPA test.

For your interest, we have a range of organic sunscreens available, and have included the Boots rating for UVA protection wherever possible in the table below: