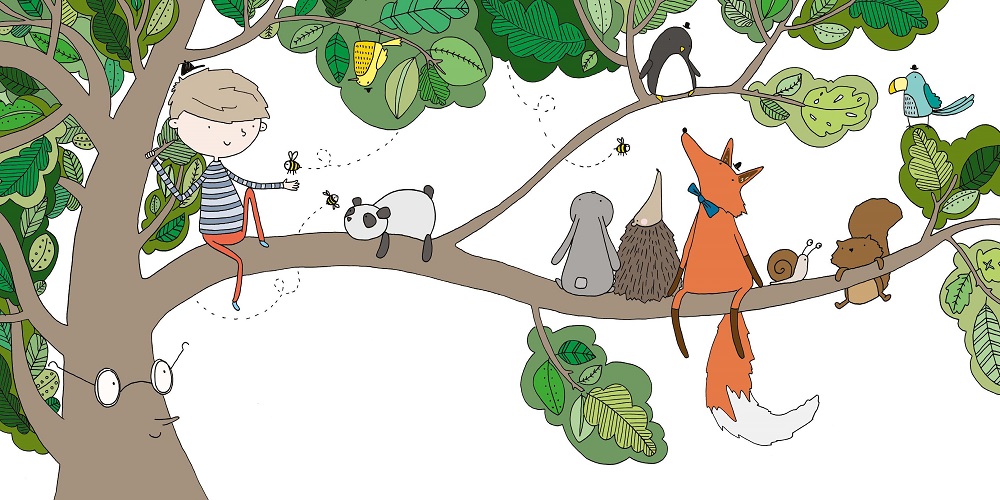 05 May Interview With Marleen Lammers, Author of The Boy and the Tree

We sat down with Marleen Lammers, who authored the children’s book, The Boy and the Tree, which was inspired by her tree-loving boys and her work with Greenpop.

This tale of rhyming verse will encourage young readers in the age group 5—8 years to use their imaginations and experience these adventures too, spurred on by the colourful, quirky and beautiful illustrations done by Anja Stoeckigt.

I’m a freelance writer and accidental entrepreneur. I grew up in the Netherlands and worked there as a journalist, but moved to Africa in 2006. I moved around a bit, mainly doing development work, and eventually ended up in Cape Town. I now help run a few different companies, all with a responsible element. And I recently discovered a deep love for writing children’s stories; something I’d like to continue doing.

Where does your love for the environment stem?

I think everyone has an intrinsic love for nature – we just forget it sometimes. I see this in my two young boys; from very early on, they were totally in their element running around barefoot in a forest or on a beach. My oldest one used to get possessive over sticks and pieces of bark he would find, the way most kinds get possessive over toys.

So I’m sure it’s always been there for me, too. I’m in awe of trees. They’re grant and steady and magnificent. They’re unfazed by human franticness and silliness. They stand tall above it all.

What inspired you to write this book?

The story was brewing for a while before I actually wrote it down. It’s hard to pinpoint, but it must have been inspired by both my tree-loving boys and my work with Greenpop, an environmental NGO based in Cape Town. Greenpop has a mission of not only planting trees during reforestation and urban greening programs, but also of getting people involved in the process and excited about trees. They’re in the business of making trees cool.

What is the message you hope will be planted (excuse the pun)?

Pun excused and appreciated. I suppose that in an age of Minecraft and Netflix and social media, it’s important to try and drag kids away from their screens and into trees. Or just into nature in general. Get them to build a castle on the beach. Collect bugs. Stare up at the clouds. We are more and more beginning to understand the benefits of spending time in nature (and the downsides of technology), and we should try to instil this sense in our children as early as possible.

So the message is to turn that computer off and show your kid a tree. They’ll know what to do. They’ll create the adventure themselves.

Charities Making a Difference in SA