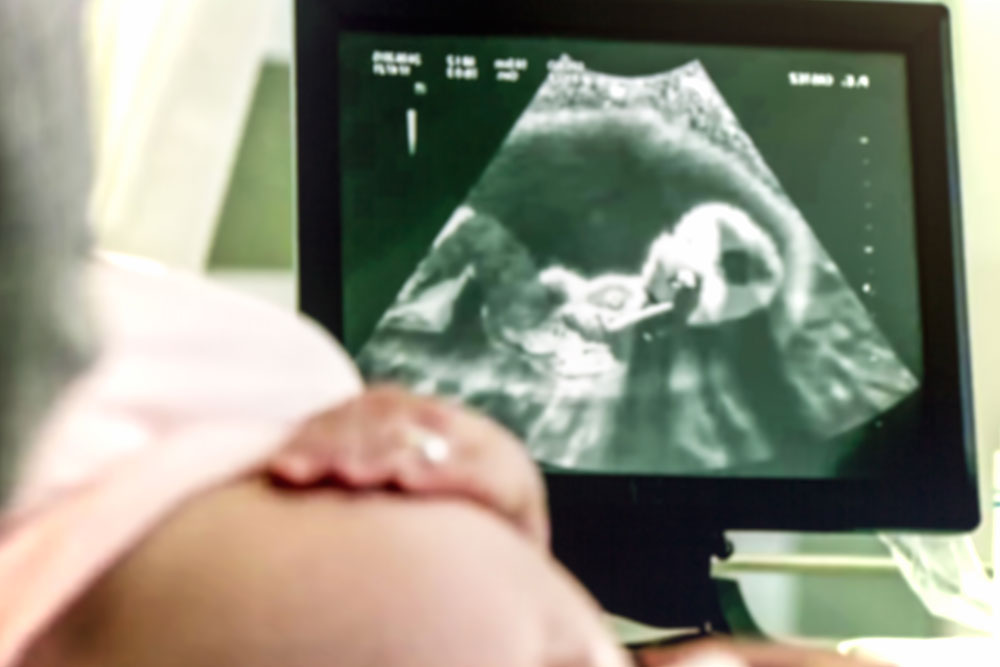 Posted at 14:09h in Faithful to Nature, Parenting by Terence Mentor 4 Comments
0 Likes

If you think that the first scan you go to during you or your partner’s pregnancy is going to be a wonderful, magical and awe-inspiring moment, let me tell you something:

You are completely right.

We were nervous and so so SO excited for my wife’s first scan with our OBGYN. We met outside the practice and quietly walked into the office. This was a momentous occasion, because even though we wouldn’t find out much about our baby except the most important thing: that he existed. We wouldn’t even know that he was a he until much later.

After a brief chat with the doctor, we moved into the back room where she had that special seat/bed-contraption-type-thing, next to which sat the ultrasound machine in all its glory. I gave it the side eye. Something about it made me uneasy. I don’t know what it was exactly, but it isn’t a very friendly looking contraption – it doesn’t need to be, obviously, so it’s form took on a purely  functional shape.

Still, though, this machine was going to play an intimate role in my wife’s pregnancy, and I just wished that it looked a bit more… motherly.

I was waiting for the doctor to get out of the gel, which TV and movies taught me would be cold, that would be squirted low on my wife’s belly, and then a curved, handheld device would be rub against that spot. That did not happen.

Instead, our doctor pulled out a rod, rolled a condom over it and put the gel all over that. It was far too long and broad to be going anywhere near where I suspected it was supposed to go. But my wife seemed calm – she had of course done her research and knew what to expect. She focused on keeping her breathing calm and held my hand tightly as our doctor got the perfect angle.

And there it was. There he was.

It was a fuzzy image, and our doctor had to point out what collection of dots he was, but it was enough. It was the first time I saw my son, and that is an experience you will never forget.

Of course, we went to a few more scans, including a much more detailed one at 12 weeks. What made those so amazing were the rapid changes that were happening to the little guy (who we called “The Neutron” until his birth). But each scan also came with a certain level of anxiety – there was always the potential that a problem might be picked up, but we were fortunate in that regard.

“The Neutron” is now 3 years old, and I sometimes look at that first scan and cannot believe that that collection of dots on a grainy image is now this big boy.