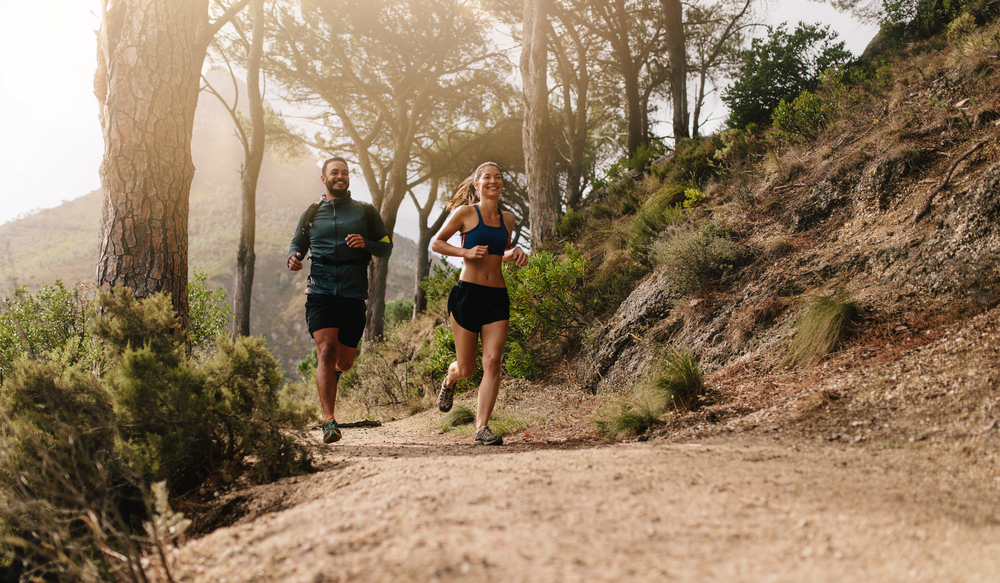 05 May The 5 Best Trail Run Events in South Africa

‘Run through the forest, run’

That’s what I imagine trail runners say to themselves as they fly along the trails on our mountains and hills, overlooking pastures and even cities.

Looking at the sheer number of trail runs on offer these days, it’s fair to say that the trail running scene has exploded over the past decade. And it makes sense, because when you run in nature, as opposed to running on a road, you use more muscles, reduce risk of injury, lose more fat and calm anxiety.

If you’re just starting out and would like to move on from a Park Run to a National Park run, then have a look at the trail events below. Some are festive and purely fun while others are extremely competitive, but they all offer something special.

When: May
Where: Winterton

Since its inaugural run in 2015, the Oxpecker has become so popular that there are now three different events that run on consecutive weekends. It’s run by a passionate team who have made the atmosphere the race’s strong point with comfortable tents, quality food and an amazing race village. The runs take place over two days with 20km run on the Saturday and 16km on the Sunday, so it’s accessible to beginners. The routes take runners around the historic Spioenkop Mountain and along the banks of the powerful Tugela River, all with a view of the Drakensberg.

When: October
Where: Tsitsikamma section of Garden Route National Park

This ‘grail of trail’ is as famous as the hike and books out almost as fast. It’s part of the Golden Trail Series, which makes it a destination race for a lot of top runners across the globe. The race is 42km, the distance of a marathon, and includes 2 600 metres of vertical ascent, 11 significant climbs and four river crossings. Each year the direction of the race alternates between east and west. Celebrated for its spectacular scenery, the race started out as a contest between two brothers before launching it officially in 2008.

This is the last event of the year in the 21-race Ultra-trail World Tour and South Africa’s most prestigious trail run. There are four races that traverse the mountains of the Cape Peninsula with distances of 100km, 65km, 35km and 21km. The races traverse sections of Table Mountain, Lion’s Head, Signal Hill, Orangekloof, Llandudno, Hout Bay, the Constantia Winelands, upper slopes of Kirstenbosch Nature Reserve and Devil’s Peak. Taking place at the start of summer, temperatures can rise to 30 degrees plus.

When: November
Where: Lady Grey

The Sky Run poses a different kind of challenge for runners as it’s point to point with no marked route. You just go out and run to the finish with no assistance. Athletes tackle the remote terrain of the Witteberg Mountains with a map, a compass or GPS unit and a backpack containing all their food, water and equipment that will enable them to survive in this harsh environment. One of the 2018 women’s winners (there was a tie), Tracy Zunckel, said, ‘Nothing about this race is about winning – it’s about survival. The 2018 race was absolutely brutal, the altitude, the climbing, the heat, but you get to meet some magnificent people, who sacrifice for each other to get to the finish, which was just amazing.’

When: October
Where: Clarens

This run is a similar setup to the Oxpecker in that it has a 22km run on the Saturday and a 17km on the Sunday. There are no cut off times and walkers are welcome. The trail is located close to the Lesotho border, providing participants with breathtaking views. Both trails consist of two circular loops, each starting and finishing at Old Mill Drift, a guest farm with three natural springs, three dams (summer season only), a few small waterfalls, and various natural pools.