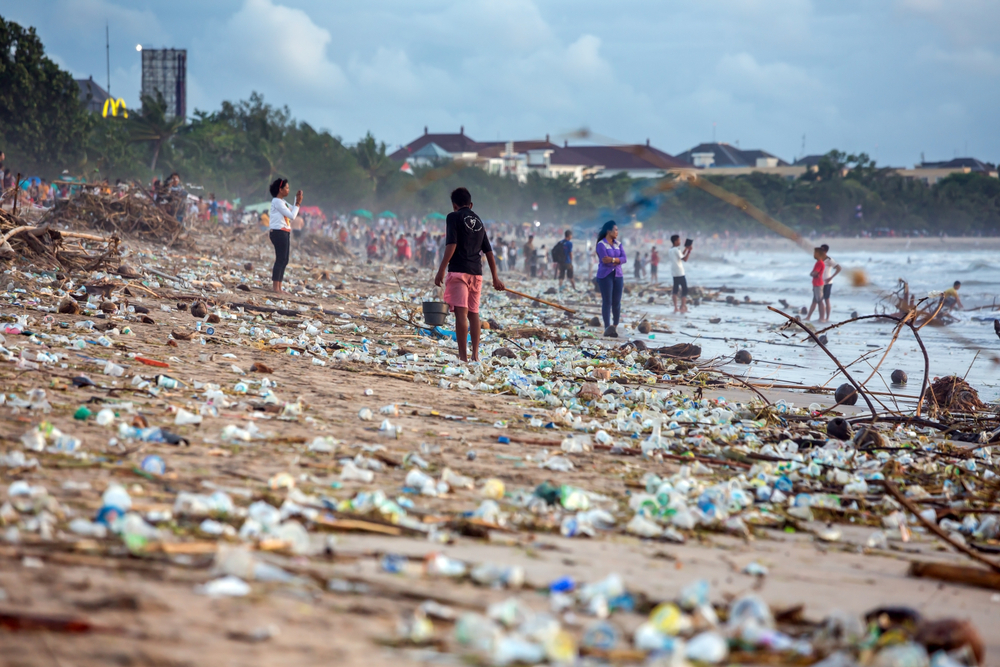 Posted at 11:36h in Faithful to Nature, Lifestyle & Wellness by Inga Sibiya 1 Comment

We get it, you’re sick to death of all the anti-plastic campaigns saturating social media. If you’re reading this, you must be telling yourself that I’m preaching to the choir. You’re probably right. But until policies on single-use plastic change, we can’t stop lobbying for the planet growing weary of its oceans being polluted and landfills of immortal materials weighing it down. Here are six reasons why #PlasticMustFall:

1. EVERYONE IS DOING IT

And if they aren’t, they definitely should be. Though I’m certainly not advocating you bow down to peer pressure – hopping on the bandwagon with this one is something I support. In 2018, the sobering statistic that eight metric tons of plastic enter the oceans each year prompted 16 countries to ban single-use plastic. Kenya, Zimbabwe, Australia, Canada, France and Morocco form part of the nations paving the way to a greener future. Be careless with your plastic use in these countries and you’ll be stuck with a fine of up to $2 000. Rwanda outlawed plastic bags in 2008, and anyone seen carrying one in public can land themselves in jail.
So you see it’s clear that you can’t beat their conservation efforts, you might as well join them.

2. YOUR PLASTIC STRAW WILL OUTLIVE YOU

It was the Roman comic poet, Caecilius Statius who said, “He plants trees to benefit another generation.” Statius certainly wouldn’t be laughing if he knew that instead of planting trees for our sons and daughters, we’re leaving a mess to burden them. Plastic straws and carry bags are used for about 12 minutes, but take up to 500 years to completely decompose.

We are literally making more plastic than we are getting rid of at this point. If we aren’t going to commit to using other materials, or at the very least switching to reusable plastic products, we are destroying the environment before our grandchildren and great-grandchildren have a chance to enjoy it.

The energy it takes to power a car for 800m is equivalent to the energy it takes to produce nine plastic bags. The non-renewable resources, like polypropylene, that are used to produce plastic contribute to climate change as they are made from petroleum. It seems pretty ridiculous that we’re prepared to cripple Mother Nature for a product that’s only used for a few moments.

I haven’t even mentioned the damage plastic does to marine and wildlife. A fish will see a microbead (often found in toothpaste or body scrubs) and think it’s lunch. Birds can easily be asphyxiated on six-pack rings. It’s not fair that they suffer because the human race is just so irresponsible.

You might’ve noticed a lot of plastic-made products with BPA-free stickers on them. The acronym stands for Bisphenol A, which is an industrial material used in the manufacturing of plastic bottles and cans. Often contaminating food and water by leaking through the lining of your water bottle or packet of chips, the harmful chemical lingers in the body and disrupts the normal functionality of your hormones. There has been an industry shift from using plastic containing BPA to using BPA-free plastic, but some brands refuse to budge. Standard rule: avoid those products altogether.

We might not be directly affected by plastic polluting the ocean, but if the fish we eat feed on plastic themselves then it enters into our diet too.

In South Africa, a plastic carry bag costs anything between 40-45c. That isn’t much money if you’re only buying one, but when you’re hauling a months worth of groceries into 5+ plastic bags, it starts to pinch your pocket, even if only slightly. Then factor in having to pay for plastic bags when you’re buying your cosmetics for the month, and again when you decide you need some retail therapy. The add some more in when you splurge on food take-out a few times a week, and again with any other miscellaneous purchases throughout the month. You begin to understand how each purchase of a plastic bag is putting a dent in your wallet. This makes hemp or jute carry bags ideal.

Pop a few reusable bags in the glove compartment or boot of your car, or in slip some in your backpack if you get around using your cheverolegs. By making sure you’re always armed with your own reusable carry bag, you’ll never have to buy a plastic one ever again.
Plastic isn’t just costly to buy, it’s pretty pricey to get rid of too. It costs you, the taxpayer, up to R1000 each year to fund plastic cleanups throughout the country. The government allocates R150 million each year to rid the streets of plastic.

6. WE HAVE OTHER PRESSING CONCERNS

Truth be told, we’ve really made a mess of things. Humans are responsible for the extinction of over 322 animals in the past 500 years alone. A tenth of the earth’s wilderness has been destroyed since the millennium started. 18 Million acres of forest, roughly the size of Panama, are lost each year. The recorded hole in the Ozone layer dates back as far as 1912. There is a lot of damage we need to undo and having to stress about plastic on top of all this is frustrating. Once we get out plastic crisis under control, we can shift our attention to matters that require the attention

Faithful to Nature is passionate about the preservation of the planet and we work tirelessly to spread awareness about the dangers and damages single-use plastic is capable of. There are tips and tricks to living plastic-free as well as first-hand advice from people who’ve gone plastic-free themselves. We are not alone. Spar is working towards stopping plastic in the Eastern Cape and we fully support them.