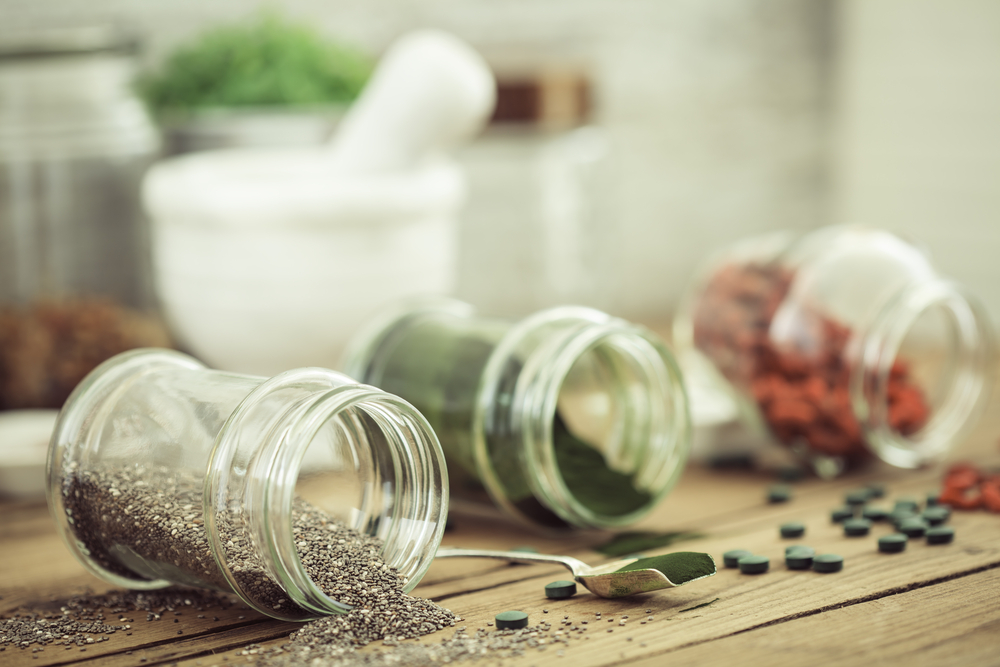 Posted at 17:38h in Faithful to Nature by Andrea Fedder 0 Comments
0 Likes

I’m often caught a little off-guard when something I’m quite used to seeing in the pantry or even as part of David Attenborough’s narration on the Discovery Channel suddenly pops up on a moisturizing serum. Do I need snail mucin on my skin? So, to keep you a tad more abreast, don’t be surprised if one of these super trooper ingredients pops up in some of this year’s potential top sellers on the beauty scene.

These tiny sought-after seeds are already a hot property in health smoothies, thanks to their high concentration of Omega-3 fatty acids, an essential fat needed to protect the body against inflammation and heart disease. In fact, they’re the richest source known to man, even higher than salmon. Of course, when applied topically, n-3 fatty acids also do wonders for improving the skin’s barrier function and therefore hydration levels – read plumper, youthful skin.

You could try creating a face exfoliation with some hydrated chia seeds from your pantry. Or keep an eye out for it in skincare products, possibly listed under its Latin name; Salvia Hispanica. To make sure you’re getting the purest oil extraction look for chia oils that are harvested via ‘supercritical extraction’. Word on the street is that’s the one to beat.

Get a jump start on the trend:

Chia seeds for at home masks

If you’re not too hot on chem or biology, all you need to know is that chlorophyll is the pigment responsible for making plants and algae green. And since pretty much every health-guru-celeb raves about the powers of drinking chlorophyll rich juices (calling all spirulina smoothies) for glowing skin, it was only a matter of time before the good stuff became a topical product addition. Its glow-inducing powers lie in its ability to purify the blood by oxygenating it more effectively, which in turn produces healthier skin cells faster. It’s also proving itself as a remarkable wound healer and helps to fight off nasty carcinogens. So naturally, you’re going to want it as a topical treatment to heal any scarring you might have and feed your skin from the outside in too.

Get a jump start on the trend:
Add Superfood Organic Spirulina to your smoothies

Sea veg? What the heck is that? No, it’s not the sea cucumber but they are in fact edible plants that grow in our oceans and that includes everything from good ol’ kelp, bladderwrack, dulse, kombu and sea lettuce. This star saltwater cast are fantastic nutritional sources, loaded with everything from Vit A, B, E, D, C and even K. They’ll also offer you the iodines and carotenes. Taken regularly, initially as part of a healthy plant-based diet, they promote an increased circulation and the elimination of toxins too and with that comes, yep, you guessed it, more glowing skin. This lot are also quickly appearing in facial oils, masks and even body wraps.

Get a jump start on the trend:
Chow on some Green Power Tablets

Moringa has been a best kept secret south of the equator for decades already, but the word is finally out on the street and people are raving about its anti-inflammatory properties as even more potent than turmeric. We never thought turmeric could be toppled, but we’re not disagreeing. Moringa tree leaves provide a whopping dose of protein and iron (higher than spinach), as well as vitamin A and C in powerful quantities. So, you can imagine how all those amino acids and dewy complexion helpers could work their magic in restoring some essential skin building blocks while fending off freaky free radicals. While this one is not at all new to our health circles, we expect it will become far more mainstream so if you’ve come to rely on this facial oil (like I have) chances are you might have to be on your toes to get your refills within this year.

Get a jump start on the trend:
Significant Organics Moringa Oil

The power of probiotics already started making waves in 2017, with true gut health being linked to everything from depression to curbing the onset of diseases like Alzheimer’s. Now we’re learning that by increasing the microbiota on the surface of our skin we can further curb the damages from environmental factors like pollution while balancing the skin and promoting faster cell renewal to assist in curbing the ageing process.

Try out this hot trend:
Esse Plus Probiotic Serum

We can’t wait to be dazzled and delighted with the new finds in the fields of health and beauty as the year unfolds. But for now, we’re eager to see which products some of the aforementioned latest trend ingredients start cropping up in.