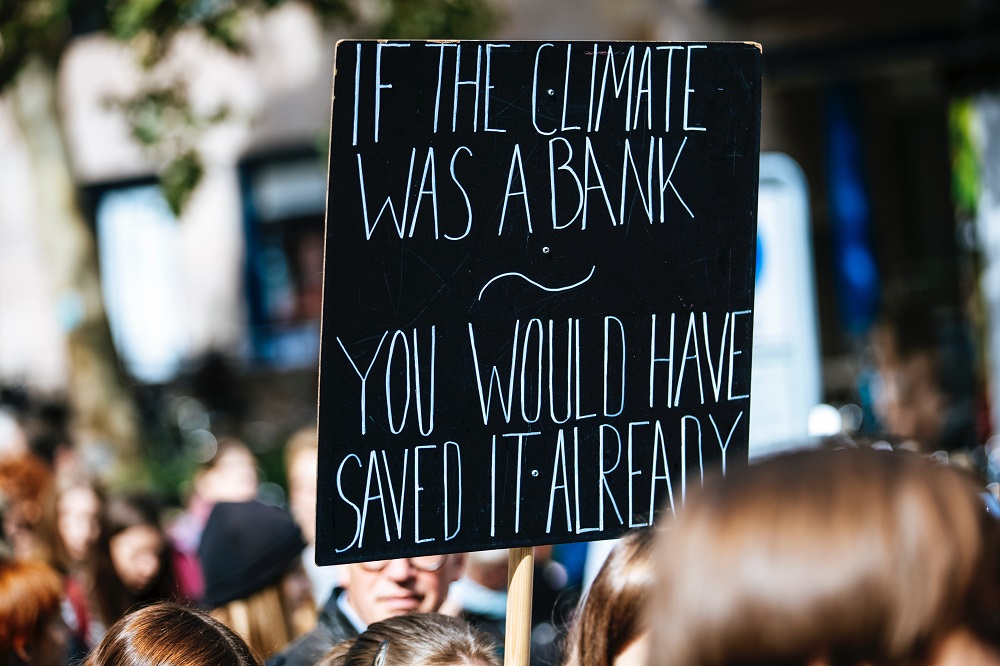 The two founders of Guerilla House, which is a permaculture training facility, have planted over 15,000 plants, hosted 93 workshops, and taught more than 1000 people how to live more consciously. They are both 25 years old.

Imraan had to drop out of high school and Joshua couldn’t enroll in university because of financial constraints, but both boys identified that there was an opportunity to educate their community on the importance of shared sustainability. Their ethos is one of improving our collective quality of life by addressing social, economic, and ecological issues.

Josh and Imraan operate out of two locations (Surrey Estate and Hout Bay). For more information, go to Guerillahouse.org.

This 23-year-old climate activist made headlines earlier this year, but not for the reasons one would think. Following a picture taken at the World Economic Forum, an annual meeting held in Davos, Switzerland, the Ugandan was cropped out of a photograph taken with four of her peers – one of which being Greta Thunberg. The image accompanied an article published in Associated Press.

“You didn’t just erase a photo,” Vanessa tweeted after the incident. “You erased a continent,” the fierce female later tweeted. Nakate has been using her recent popularity to stress the effects climate change has on the continent of Africa. In the last 10 years, Uganda has experienced high temperatures, droughts, floods and landslides. Over 300 000 Ugandans have been affected by the effects of climate change, with 65 000 individuals currently displaced. Vanessa commits to raising awareness and staging strikes for as long as it takes to get government officials to respond to the devastation many Africans suffer through.

Proof that dynamite definitely comes in small packages, Manipur has its very own eco-warrior. You better not call her the Indian ‘Greta’ because she is forging her own path.

Licypriya has been heard on at least 21 platforms across the world. In December 2019, she managed to speak at the COP25 climate conference in Spain about the urgency with which global leaders need to address climate change.

The eight-year-old (who has dropped out of school for financial reasons) participates in weekly protests outside her local Parliament house because discussions aren’t enough in her view. “I have come here to tell the world leaders that this is the time to act as it is a real climate emergency,” she said.

Since 2017, this young Dutch inventor has been on our radar when we came across this 25-year-old who had committed to ridding the oceans of all its plastic. Through crowd-funding, Boyan managed to secure the finances to build a number of prototypes. In October 2019, it was reported that the device had begun to collect plastic from the island of trash in the Pacific Ocean that is three times the size of France.
The university-dropout-cum-inventor has faced a few challenges with his audacious Ocean Cleanup project, but it hasn’t discouraged him. Follow the project via Theoceancleanup.com.