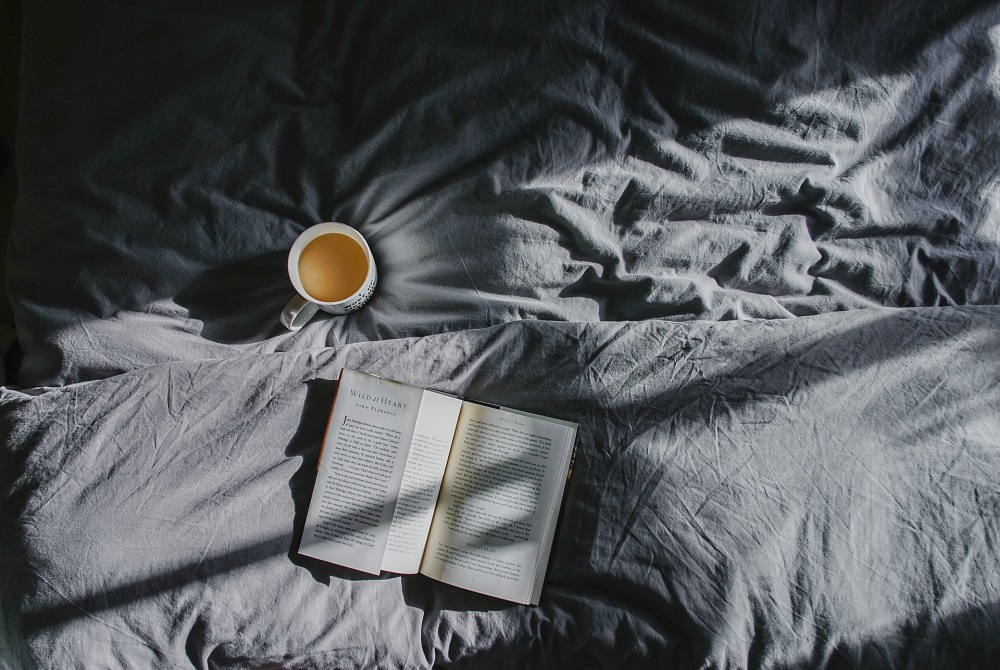 Lifehacking feels like a very recent, internet-age type of term. And nobody has taken to it quite like Tim Ferriss. You may recognise his name from his best-selling books: The 4-Hour Workweek, The 4-Hour Body, The 4-Hour Chef, Tools of Titans and Tribe of Mentors (apparently much can be done in four hours). He was also an early-stage tech investor or advisor in Uber, Facebook, Twitter, Shopify, Duolingo, Alibaba, and 50 other similar companies. My favourite description of him comes from The Observer who called him ‘The Oprah of audio’ due to the influence of his podcast, The Tim Ferriss Show, which has more than 200 million downloads and been selected for ‘Best of iTunes’ three years running.

In researching his books, Tim asked hundreds of top performers in various fields about their mornings and discovered that successful people have a consistent routine for starting the day. Gratitude, it turns out, was a common ingredient for many of them. Combining their best elements, Tim came up with his own version. After trying it for a week I learned a few things:

Ok, so what exactly is his routine? Well, he has three videos on YouTube that describe different routines, but the one I followed has five pretty simple steps. They are:

1. Put your phone on airplane mode before you go to sleep

‘If you wake up and are barraged by messages you’ll short circuit,’ Tim says. ‘You want to have a boot-up system of your own rather than waking up to notifications.’ I quite like this, because I think subconsciously you know you won’t be receiving any messages so you can really switch off and relax. Tim also suggests getting out of bed within two minutes of your alarm clock going off. ‘The way you respond to your alarm is giving the universe a message, and when you hit the snooze button it’s an indication that you don’t value your day as much as you could,’ Tim says. I have to admit, I struggled with this, it is winter after all. But I did best when I put my phone on the other side of the room, forcing myself to stand up when the alarm went off.

An Indian monk first convinced Tim of the merits of this. You’re accomplishing one thing at the beginning of the day no matter what. And if you work from home it’s important because an external mess creates an internal mess. It doesn’t have to be fancy, it just needs to look good. To be honest, making my bed as soon as I wake up is new to me. But it’s a good positive start to the day and I liked how it gets the ball rolling and sends the message that no, you’re not getting back in bed after breakfast.

This tip comes from Tony Robbins and is intended to prime your nervous system. A cold shower or cold swim in the sea does a similar thing. ‘This sets you up physiologically to have a productive day,’ Tim says. This might be my favourite aspect of his routine. It’s quick and jumpstarts your day. Also, when I do it I feel like Christian Bale in Batman Begins and I like that. You kind of jump up afterwards and think, ‘Epic, what’s next?! Come at me new day!’

4. Write in a journal

The purpose of journaling is to put things that are inside your mind on paper so you can get on with your day. Tim recommends, and uses, two different types of journaling: Morning Pages and the Five-Minute Journal.

Morning Pages was made popular by Julie Cameron, who wrote The Artist’s Way, and is effectively ‘vomiting your brain onto the page to trap your monkey mind into print so it doesn’t bother you for the rest of the day.’ The idea is to sit down and write down your thoughts in a stream-of-consciousness style. It doesn’t matter what you write, you’re just pushing all your thoughts onto three pages of your journal. Over the first few days, I kept writing about the same ideas and topics. But as the week progressed, I started delving deeper into the recesses of my mind and tapping into obscure ideas and thoughts from the previous day. That’s how I’ve come to use it and I find it very satisfying to unload like that and unclog my mind. If any good writing or useful thoughts comes out of it, I highlight them and move on.

It’s a very powerful and simple way to focus your mind on the good in your life. Tim says we should ‘Think of it as a toothbrush for your mind.’ Again with this it took me a few days to get the hang of it, but I soon realised that it’s best to go into detail about the things you’re grateful for. Personally, I preferred the Morning Pages more as I could write about whatever I wanted but both had an incredibly calming effect on my mind. I genuinely felt lighter and more balanced afterwards. It’s such a powerful tool, so simple and something I’ll use even more of in the future. It’s like therapy, but way cheaper. If you’d like to give it a try, you can sign up for a free PDF of The Five Minute Journal here. Or just use the closest notebook.

‘Meditation is not woowoo,’ Tim says. ‘It’s training for less emotional reactivity. You learn to observe your thoughts so that when something annoys you during the day you don’t respond in the worst way. It gives you the ability to detach and monitor your negative emotions such as anger, or are able to see it coming earlier. Instead you can short circuit that and choose a better response.’

Guided meditation is best for beginners and free apps like Headspace are good to get started with. Tim recommends meditations from Sam Harris, who has a PHD in neuroscience, and Tara Brach’s 2010 Smile Guided Meditation. I already find journaling very calming so following it up with meditating I basically float out of my room and into the rest of the day. I found the 20-minute sessions to be a bit long although I do recommend Tara Brach’s smile meditation, she’s great.

BONUS: After these steps, Tim does 20 – 90 minutes of exercise followed by a cold shower. Only then does he check emails and phone messages. And his favourite tea to start the day? A mix of Pu’er tea, tumeric and ginger, and essential green tea.