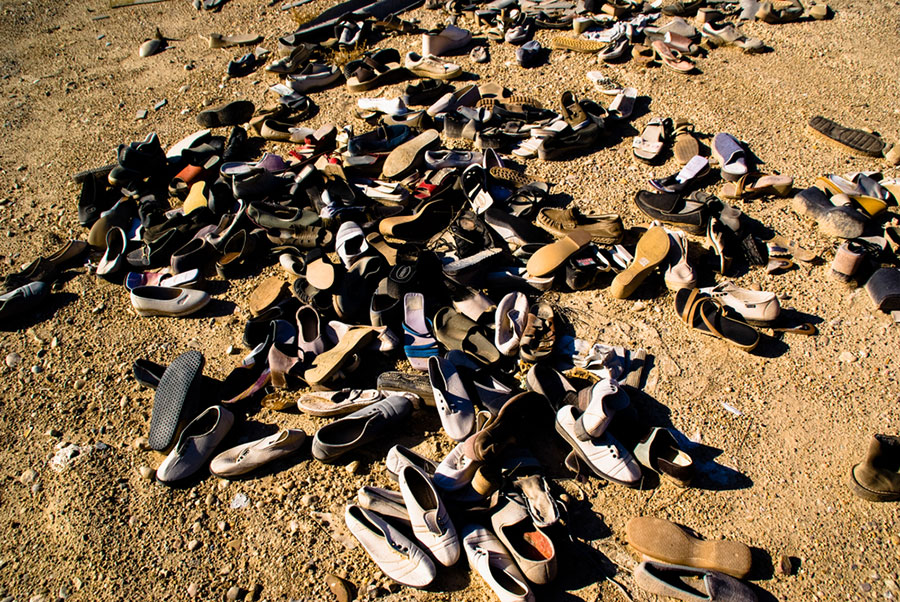 27 Oct The Problem with Fast Fashion

According to the UN Conference on Trade and Development, the fashion industry is the second most polluting industry in the world and is responsible for more carbon emissions than all international flights and maritime shipping combined.

Let that sink in.

Fast fashion has become one of the biggest culprits when it comes to industries negatively impacting on the environment. Affordable, trendy clothing has become part of everyone’s wardrobe in recent years, and as a society that is plagued by consumerism, the rapid movement of inexpensive designs from the catwalk to stores has put pressure on manufacturers to keep costs to a minimum while speeding up production times.

This has led to an increase in cheap, toxic textile dyes, which are now the second largest polluter of water globally after agriculture. Denim is one of the biggest offenders, using around 7,500 litres of water to make just one pair of jeans, while one cotton shirt requires approximately 3,000 litres of water to be manufactured.

Cotton is grown in mostly arid conditions where water is already a scarcity, and according to WWF, it takes more than 20,000 litres of water to produce just one kilogram of cotton — that’s just enough to make one T-shirt and a pair of jeans.

While the growing of cotton and other crops can drain a country’s water resources, manufacturing also requires a large amount of water. It’s estimated that around 20% of industrial water pollution in the world comes from the treatment and dyeing of textiles. Not only does fashion consume water, but the chemicals pollute the water causing both environmental damage and diseases throughout communities in developing countries.

However, there are other fabrics that adorn the hangers in our wardrobes that are also worrisome. Polyester is incredibly damaging to the environment. Derived from petroleum, polyester is one of the most commonly used plastics after polyethylene, the compound that water bottles and food packaging are made from. Multiple studies have shown that more than 4,500 microfibres of polyester can be released per gram of clothing per wash.

This means that every time you throw your gym clothes in the washing machine after a good, solid sweat sesh, tiny plastic fibres are from the material are breaking down and being released into the water system and back into our rivers and seas, where they are ingested by fish and other animals before making their way back up the food chain until they reach us again.

We’ve all heard of sweatshops, but many people aren’t fully aware of the human rights violations and atrocious working conditions that the people who manufacture the clothes we wear endure on a daily basis. Sweatshops expect workers to spend long hours in often illegal conditions with poor wages and have been known to violate minimum wage requirements and child labour laws.

The industry as a whole needs to stop exploiting workers in developing countries where clothing can be made cheaply and begin looking at more sustainable ways of making fashion available to consumers.

What is sustainable fashion?

For anything to be considered sustainable, it needs to fulfil the triple bottom line dimensions of the three Ps — people. profit, and planet. This means that when making conscious decisions about where you buy your clothing, you need to be sure that the garment has not only been made in an environmentally friendly way, but that the workers who made the garment were treated fairly, paid a liveable wage, and worked in ethical conditions.

A garment shouldn’t cost more to produce than the consumer will pay for it, making it tricky for clothing manufacturers to source eco-friendly materials at an affordable cost per metre that can be used to manufacture clothing that doesn’t cost the Earth — literally.

How can you support sustainable fashion?

Finding retailers who follow this model isn’t as hard as it used to be. Most local mainstream retailers are beginning to take steps to give back by donating surplus clothes to charities like Clothes to Good or  The Clothing Bank, while others have begun manufacturing clothing ranges using synthetic fibres made from recycled plastic bottles and other materials.

The ‘slow fashion’ movement is one of designing, creating, and buying garments for quality and longevity. It encourages slower production schedules, fair wages, lower carbon footprints, and zero waste.

As a society, we need to be more intentional in our buying and become part of the solution to putting a stop to the excessive supply chains and mindless consumerism of fast fashion. By making conscious and deliberate choices in the clothing we buy, we can collectively change the industry for the better.