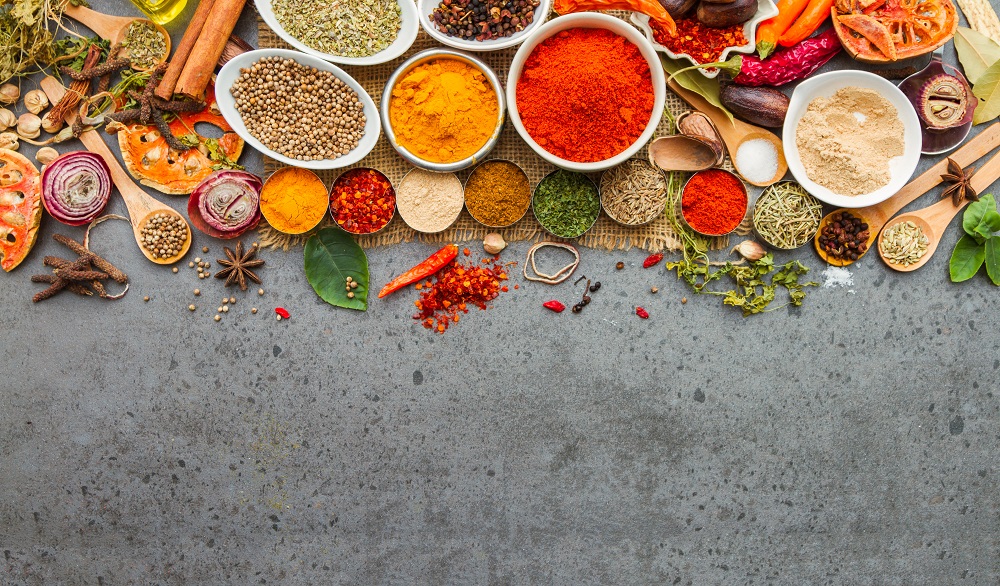 Posted at 07:13h in Nutrition by Robyn Smith 0 Comments
0 Likes

The rabbit hole deepens. You have cleaned up your act. Your cleaning cupboard is no longer a poison pit, you’ve found a fantastic local organic fruit and veg box scheme and your pantry is pretty much moving towards being organic only. But what about your spice cabinet? Does it really matter?

Bottom line is that it does. But before you despair let me make it clear that organic spices do not cost you more in terms of rand value, and we have a great selection of organic spices and seasonings on offer.

So What’s the Deal?

In a nutshell, non-organic spices are doing more harm than good. They contain unnecessary additives, filling agents, anti-caking agents, unhealthy salt, are irradiated, contain pesticides, are GMO and they are not necessarily farmed to protect the eco-system.

This is what you can expect with non-organic spices:

1. They are often fumigated.

This is a very chemical intensive process used to sterilize spices. One particularly scary sterilizing agent used is called ethylene oxide, a gas that can leave behind a residue that’s carcinogenic.

This is another method for killing bacteria once the spices have been harvested. And to “clean” the spices, they are passed through a radiation beam. Let it be noted that the FDA allow the highest levels of radiation for spices compared to any other food.

3. They are filled with other stuff.

This is mainly done, because the “other stuff” is cheaper – like for instance GMO corn. Or anti-caking agents are added. You will most likely find high concentrations of cheap salt too, in addition to flour, sugar, artificial flavours, colours and preservatives. Most countries do not require labeling of spices to be accurate to this degree nor require that they be free of other contaminants.

What To Expect From Organic Spices

Certified organic spices don’t have anything that they’re not supposed to. Buy a jar of organic basil and that is what you are going to get – dried organic basil. Furthermore, you can trust that your spice has been grown in a sustainable way. Most often too – not always, organic spice is sourced from Fair Trade co-operatives where the farmers are paid fairly for their effort.