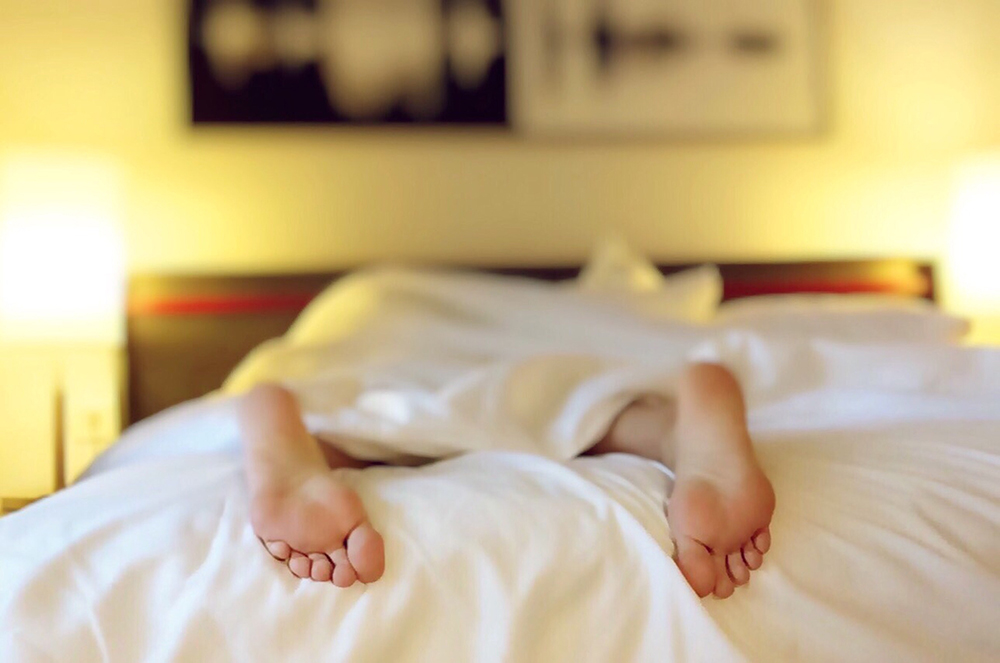 Posted at 15:47h in Faithful to Nature, Lifestyle & Wellness, Mindfulness by Guest Writer 0 Comments
1 Like

You might think sleeping in separate beds is the beginning of the end for a couple… Not so, says millennial Sophie Haslett.

It began one Sunday night when I had a presentation at work the following day and my boyfriend wanted to set his alarm for the ungodly hour of 3am to watch live soccer. ‘Why don’t you sleep in the spare room, so you don’t wake me up?” I asked sweetly, tentatively, in case he thought I was being cruel. But after finally moving into our own place, for the first time we had two bedrooms at our disposal. Why not make the most of it?

Confused, but unhurt, he did. Or does, I should say, ‘cos these days, several nights a week one of us will turn in down the hall. “What?!’ you say. ‘You live together, you’re 27 years old and you sleep in separate beds? Isn’t that for couples in their seventies, partners with bad snoring problems or solely reserved for after an epic argument?

I mean, it could well be for others, but for us, you can talk about killing emotional connections all you want – sometimes there is no better feeling than slipping between the sheets solo. I can read for as long as I want, I can sleep unhindered by someone else wriggling next to me, snoring is a non-issue and I wake up refreshed the next day.

We employ the spare room policy a few nights a week. If one of us is out drinking and likely to be noisy when they get home, they can sleep in the spare bed all they want. If we have our alarms set at entirely different times, this spare haven works a treat then, too. Sometimes, just sometimes, I simply put the spare room to sleep out there to my partner on a Tuesday night in pursuit of some better shut-eye. Who said romance was dead?

Before you exclaim, ‘What must your partner think?’, I can promise you this works for both parties. There is no diary for when we sleep apart, we don’t talk about it that much and it obviously stops when we go on holiday and only have one bed between us.

But this little practice has improved our relationship in the most unusual ways. Some nights, we’ll lie awake in our beds less than 20 metres away texting, like we did in those heady early days of courtship. Other nights, we’ll lie curled up together whispering sweet nothings like teenagers. It’s been a reminder of why we live together, and a refresher on how much we are in love. And when it comes to what it’s done for our sex life, I’d recommend this to any stuckin-a-rut long-term couple…

Of course, when I speak to friends about the set-up, they are somewhat horrified. I’ve had everything from: “Are you about to break up?” to, “But when do you have sex?” Experts, like clinical psychologist Gemma Cribb, are also sceptical about the practice: ‘Sleeping alone can decrease the connection and intimacy between a couple, and one partner might feel rejected or punished when the other refuses to share a bed.’

However, even the experts have to admit that everyone in the world sleeps better alone. “Physiologically, sleep studies show that people have poorer quality sleep when they share a bed – specifically, they toss and turn more and have less REM sleep”, Cribb explains.

Still, after several months of sometimes sleeping alone, I’m hooked. My sleep and my relationship are better than ever, our sex life is literally bangin’, AND I’ve had time to finish reading that bookshelf of novels I’ve been meaning to get through. It’s a win-win-win!

As for the whole ‘absence makes the heart grow fonder’ palaver… Well, it’s true. Four years into our relationship, my boyfriend and I had hit a bit of a routine and then a plateau. Separate bed sleeping has provided some much-needed excitement, along with an equal dose of much-craved space. Plus, who doesn’t love lying in bed thinking giddily about ‘that boy’ they’re texting? Sure he’s just down the hall and I can creep in whenever I want, but four years in, it’s a hard feeling to beat.