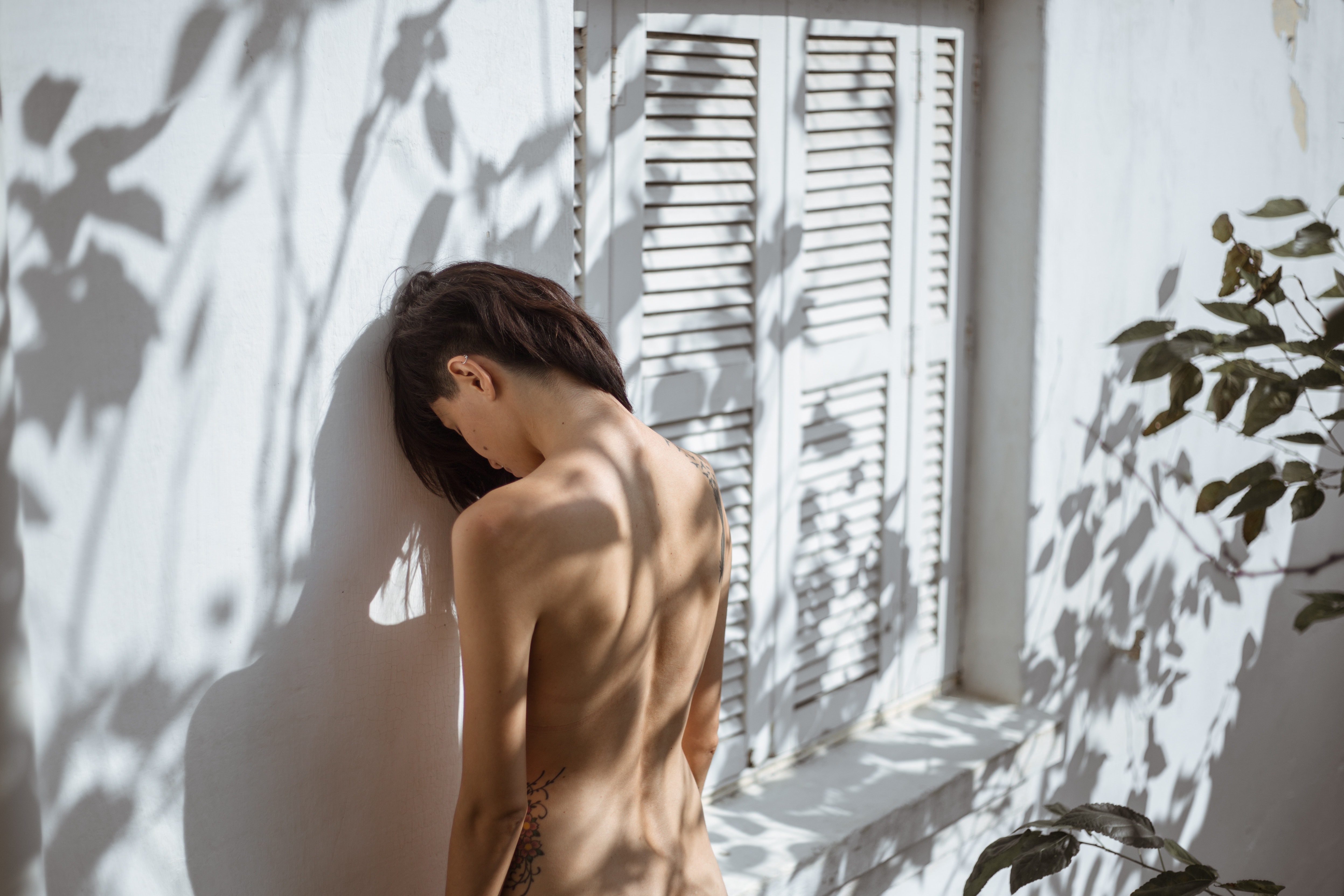 16 Oct Are the enemies to gorgeous skin lurking in your diet?

Anyone who’s struggled with problematic skin, that being anything from sporadic little flare-ups to full throttle, won’t-go-away-come-hell-or-high-water, deeply-festering-acne has also very likely thrown a great many buckeroos away at every conceivable cream, lotion and miracle oil promising to clear it all up magically. At some point or another, you must have wondered, ‘Was it something I ate?’ Well, while the scientific community is still largely divided on the link between food and its effect on unwelcome blemishes or stubborn acne, it would be premature to eliminate the connection entirely. And until the folk in the white lab coats can give clear consensus, understanding how foods contribute to bad skin, may just empower you to identify more of what aggravates your own personal skin issues and eliminate the problem.

I’ve been plagued by erratic skin issues my whole life so I can relate to the ongoing drama. I was a vegetarian for 4 years (for other reasons) but hoped deeply a diet prolific in veggies would make a difference. It only slightly did. Of course, being a vegetarian didn’t exclude croissants, chocolate and late nights of wine-laden camaraderie from my diet. I was well aware of all the extra things I could add into my diet that was meant to improve it. Everything from apple cider to green juices. But it wasn’t until a recent 10 day Vipassana retreat that I really sat up and took note of the difference ‘not eating’ certain things had made. Why? Well, for those 10 days coffee, alcohol, sugar, meat and dairy all but disappeared from the wonderfully prepared Buddhist diet. Quite surprisingly the result was flawless complexion like I had never experienced in my life. Of course, the intense stress reduction and deep breathing definitely added to the big picture. But I was convinced food played a part. And I’m not alone in this. More than two-thirds of people who struggle with skin issues have noticed correlations between their complexion and their cuisine.

According to a 2013 study in the role of acne in medical nutritional therapy, “although the total number of scientific studies conducted in the past 40 years is relatively small, the growing body of epidemiologic and experimental evidence suggests a relationship between diet and acne.” Specifically, these studies focus on glycemic load. The high glycemic load foods include foods that spike our blood sugar and insulin levels.

LET’S START WITH DIARY AND IT’S EFFECT ON SKIN

Multiple studies have shown a correlation between dairy product consumption, specifically cow’s milk and cheese, and skin aggravation. The thing about milk is that it’s a “species-specific endocrine signalling system” intended for the “stimulation of growth and cell proliferation”.

How now brown cow? Basically what that means is that milk is intended to stimulate growth (albeit in baby cows). Milk is full of anabolic hormones like placenta-derived progesterone and other hard to pronounce growth hormones like dihydrotestosterone (DHT) precursors, including 5α-pregnanedione and 5α-androstanedione. DHT is an acne stimulator, and the compounds found in milk are only a few enzymatic steps away from resembling it.

The proteins found in milk stimulate the release of another hormone, insulin, which, in aggravated quantities, is one of several factors causing inflammation and leading to the onset of acne. The increase of insulin-like growth factor (IGF-1) in high glycemic foods also stimulates the synthesis of androgens in the testes and ovaries. When this happens the production of the sex-hormone globulin is inhibited which can cause a higher circulation on free-roaming androgens through the body, stimulating sebum production.

Here’s an interesting notion to consider. Adult acne wasn’t prevalent at all in cultures or societies whose diets didn’t feature milk. The Canadian Inuits, for example, didn’t have a prevalence of milk or cheese in their diets and therefore had low to no indications of acne related conditions. However once they began to adopt the western diet into their own, the appearance of acne began to climb. T. Colling Cambell, author of the China Study, arguably one of the most comprehensive studies on diet, sites milk along with meat as “one of the most unappreciated health dangers.”

And while the internet is rife with personal journeys in quitting milk that resulted in improved skin conditions, at this point, all those prove is that you might want to conduct your own self-study and see how milk affects your skin.

AND NOW FOR THE EVIL SUGAR

Now that we have some insight on how the insulin spikes in our bodies cause androgen production to go a little haywire, it’s not a far jump to understand that of course sugar will spike your blood sugar, causing your insulin to rise and the above-mentioned knock-on effects. This, of course, includes everything from bread, white rice, cereal, pasta, straight up sugar, and flour products of all kinds. Guess what else is high in sugar? Alcohol.

Sugar isn’t only responsible for increasing your blood sugar, but also for spiking your stress hormones, adrenaline and cortisol.  Cortisol is an immune suppressant, only intended to be in your system for short periods of time while you deal with a stressful ‘fight or flight’ scenario. But in ongoing, large volumes, the raised cortisol levels can cause propionibacterium acne (a certain type of acne that results from a slow-growing bacteria) the chance to form.

Those two in excessive ongoing quantities are also responsible for the androgen testosterone to spike. And again when testosterone spikes, we can end up with over-stimulated pilosebaceous units that ultimately lead to annoying break outs.

But console yourself with the fact that good sugar-free, cacao-based chocolates don’t have the same bad sugar rap and can definitely live happily in your diet.

A SMALL MENTION OF MEAT

No scientific studies seem to show a correlation between meat specifically causing acne, but I know from personal experience that it’s one of my bad skin triggers. Whether this is because the meat contains hormones, or whether my body simply doesn’t process meat particularly well, I have yet to find clarity on, but since I’m not wild on the stuff anyway for a host of far more relevant environmental reasons, if you’re not a vegetarian yet, omitting meat for a while is in my experience a worthy contender in the search for cutting out foods that cause unpleasant skin reactions.

As with everything in life, when we understand how something works, the cause and effect of various internal and external factors to our health, we can better arm ourselves with ways to heal ourselves. And when it comes to skin health, I don’t need the general consensus of the scientific world to agree that the food I eat, whether directly or indirectly, plays a role in the healthy condition of my skin. Clearly, foods affect hormones and hormones affect skin. So for the time being, that’s sufficient evidence for me.

Being a food detective is as important as being an ingredient detective if we hope to be fully in charge of our own wellbeing and vitality.

So, what have you discovered on the connection of food and your skin issues? We’d love to know.

References
Diet in Acne: Further Evidence for the Role of Nutrient Signalling in Acne Pathogenesis – A Commentary
Evidence for Acne-Promoting Effects of Milk and Other Insulinotropic Dairy Products
Acne and milk, the diet myth, and beyond
Effect of Milk and Dairy Products Consumption on Acne Risk […]
The role of diet in acne: facts and controversies
Association of acne and intake of dairy products and carbohydrates with high glycemic index: a case-control study
www.drhyman.com
www. calmclinic.com
www.detoxbodycleanse.com