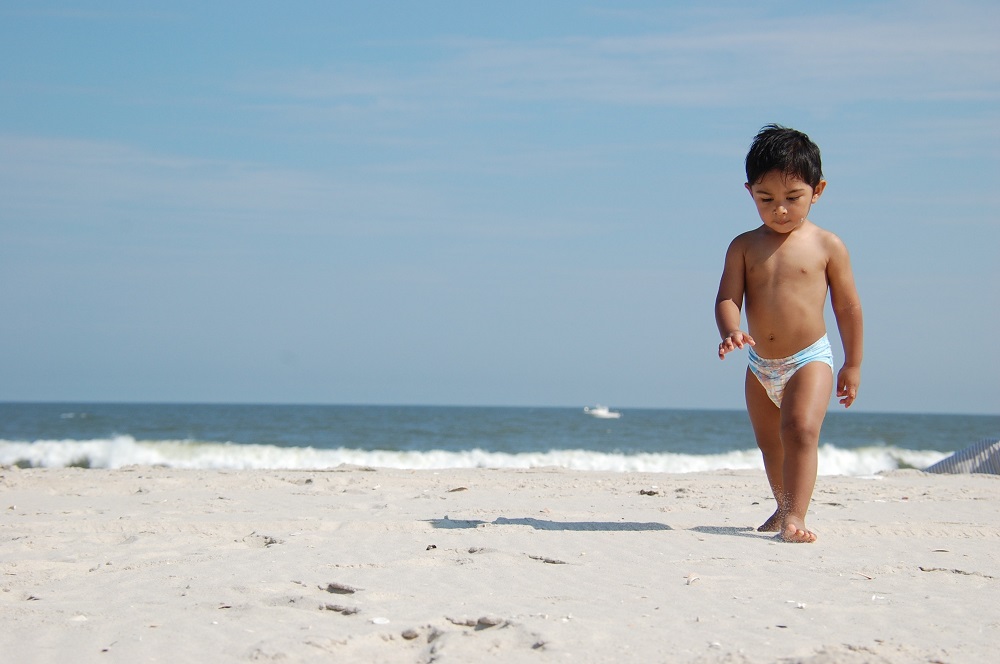 28 Jul Chemicals in Disposables – The Facts You Should Know

Vicky Penfold shares some sobering but very enlightening thoughts and facts on what lead her to put her children in non-disposable nappies and to create her own range of non-disposable hemp nappies.

After a year of keeping a horrid little shoe box replete with smatterings of eggs, tiny little caterpillars emerged a few weeks ago. We now had a whole box full of ‘VERY HUNGRY CATERPILLARS!’ You may well ask what this has to do with nappies?! The answer is, that these small little creatures reminded me of how important it is to be conscious of the chemicals we have in our surroundings as they are highly poisonous and potentially fatal; well at least, they were for one unfortunate ‘batch’ of worms.

When the caterpillars first started emerging, my 7 year old had decided that we were going to divide the new wrigglers into boxes…some eating mulberry leaves from the neighbours garden, some eating lettuce leaves from our own garden, and others eating beetroot leaves bought from a local supermarket. Needless to say, the latter did not survive, simply because I had forgotten that most of the stuff (unless organic) we often thoughtlessly buy from our supermarkets are covered with pesticides aimed specifically at killing just the type of little critter we were trying to feed it to! The point is – this was a real wake-up for me, as it reiterated how easy it is to forget that much of our ‘modern world’ is full of deadly chemicals, nappies included!

Ok – so what chemicals are we talking about?

No.1 is DIOXIN – this is a highly toxic by-product of the bleaching process and is the most toxic of all cancer-linked chemicals. Dioxin has been known to cause birth defects, skin disease and liver damage.

No. 2 is SODIUM POLYACRYLATE GEL – the stuff that does the absorbing in the nappies…if you have ever seen that clear gel-like stuff (beads) on your babies’ genitals – that’s it. This substance was banned from use in tampons in 1985 because it was linked to Toxic Shock Syndrome. It is still used in disposables:
Employees in factories producing Polyacrylate suffer from female organ damage, fatigue and weight loss. No long term studies have been conducted to assess the risks of 24/7 exposure to this compound on a babies vulnerable genitals.

Due to its extreme absorbency, this chemical has been found to draw moisture from the skin, causing severe nappy rash and bleeding of perineal and scrotal tissue. Sodium Polyacrylate is also lethal to cats when inhaled.

Incidentally – it was the fact that after I had my son Hugo in 2002 that I noticed that after wearing a disposable nappy his ‘jiggly bits’ looked like little prunes which they didn’t after wearing a cloth nappy. This made me suspicious and I tried to find out ‘what was in the nappy’ to no avail since there was nothing on the packet that indicated the ingredients; another red flag…even now I wonder if a particular brand can change their content and chemical make-up overnight whether anyone would be any wiser?

No. 3 is TBT or TRIBUTYLIN – ranked by the World Health Organization as one of the most toxic substances in consumer products in the world today. The function of this chemical is to kill bacteria. Independent tests carried out by Greenpeace found that this hormone disrupting chemical was present in quantities as high as 38.4 micrograms of TBT per kilogram in Procter & Gamble’s “Pampers® Baby Dry” nappies in the belt section as well as in the inner and outer layers. They also found other organotin compounds such as DBT (Dibutylin) and MBT Monobutylin – totaling 53.2 micrograms per kilogram:

Greenpeace’s scientific test results contradict a statement by Procter & Gamble, in which the company denied that its nappies were contaminated with organotin compounds. Greenpeace toxics expert Thilo Maack said:

“The reaction of Procter & Gamble is a scandal. The company is downplaying the danger instead of actively searching for the source of TBT in Pampers®. It is absolutely irresponsible to expose babies to these extremely toxic substances. Fact is that TBT is one of the most toxic substances ever made, and it is being spread through the skin and contaminates the environment as well as people. The government must ban this toxin in all areas of use immediately.” (view source )

This environmental pollutant, which has been in the headlines for months because of its extremely high toxicity, has a hormone-like effect. The smallest concentrations of TBT can harm people’s immune systems and impair their hormonal system.

If this information is not sobering enough, if you have a boy-child, studies linking male infertility to disposable usage should really sway your thinking towards alternative nappying choices. Since disposables are lined with plastic causing an increase in scrotal temperature, impairing the normal cooling mechanisms of the testicles, it is thought that their use could affect normal scrotal development. The cells supporting sperm production are laid down in the first two years of life…the reason testes are external is that they need to be cooler than the rest of the body in order for this to happen.Studies conducted at the University of Kiel by Dr. Wolfgang Sippell, professor of paediatrics, concluded:

A prolonged increase in scrotal temperature in early childhood may have an important role in subsequent testicular health and function, with implications for male fertility.

Furthermore, “Repeated studies have shown that average sperm counts have fallen by almost half from 1938 levels and are continuing to decline as fast as 2% a year.” (view source)

Last but by no means least – the asthma epidemic! Lead author Dr. Rosalind C. Anderson, of Anderson Laboratories in West Hartford, Vermont, told Reuters Health that chemical emissions of some disposable diapers have immediate health effects in animals breathing the diluted chemical mixtures. ”Upon analysis, the diaper emissions were found to include several chemicals with documented respiratory toxicity” according to the paper. Although Anderson stated that it was too early to tell whether these chemicals trigger asthma-like responses until a vast amount of human data had been accumulated. However until such time as this asthma-inducing effect can be confirmed in humans, Anderson reminds parents and healthcare professionals that precaution costs nothing. When you are dealing with a toxic chemical or chemicals, avoidance is the only proper action. She suggests that parents and doctors believe themselves if they think a product is harming the breathing of the mother or the baby. (Chemicals in diapers cited as possible asthma trigger By Penny Stern, MD SOURCE: Archives of Environmental Medicine September/October 1999.)

So if your New Years resolutions include taking the wine bottles from outside the back door to the recycling depot; mulching your garden and growing your own veggies fed from your worm bin; walking the kids to school in order to lose a few extra kgs and sucking water through a hose pipe from the bath to water the grass then PLEASE take a moment to consider your good intentions for your children, which include keeping them as far from harm as possible. Bio-Baba nappies are a cost effective and easy alternative to throw away nappies that will not harm either baby or the world in which they have been born into.

To view our range of disposable nappies including the Bio-Baba range visit our Disposable Nappies page.