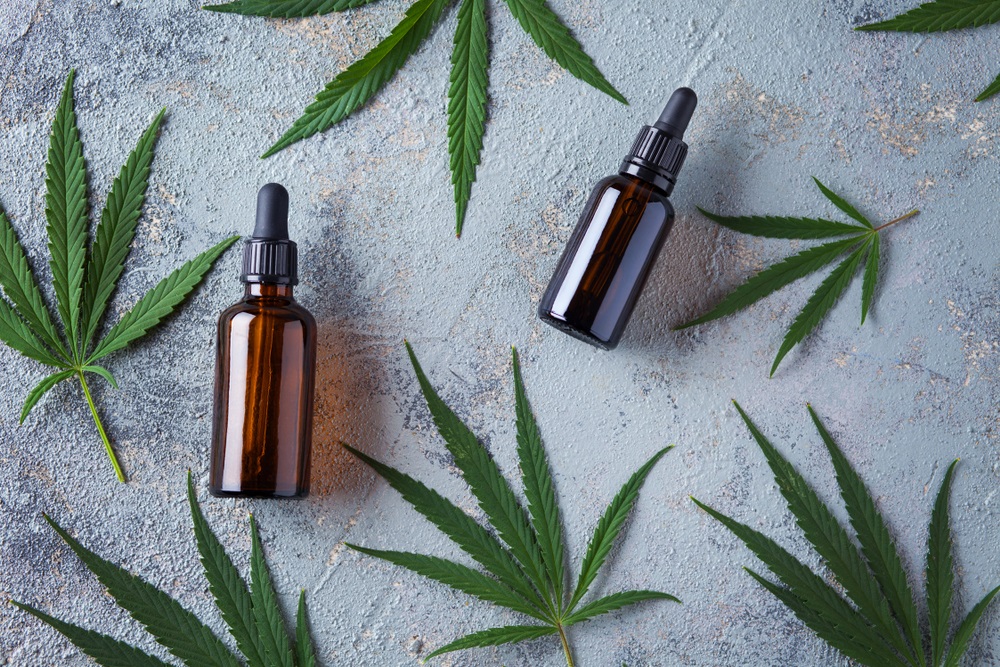 CBD oil – not the gunk you stand in when you cross Long Street, the other kind – is made from cannabidiol. It’s one of 104 chemical compounds, known as cannabinoids, that can be found in the cannabis plant. It’s a naturally occurring substance, which can be extracted and mixed with a carrier oil – often hemp seed or coconut – to create CBD oil. Unlike the most well-known cannabinoid, tetrahydrocannabidiol (THC), CBD is not psychoactive, meaning that it won’t get you ‘high’. In fact, scientists have found it works in the exact opposite manner and offers a range of health and medicinal benefits – the reason for its growing acclaim.

‘Interest in CBD products is exploding,’ Tim Lewis wrote in the Guardian last year, ‘it is 2019’s avocado toast, this moment’s turmeric shot. Except there is a crucial difference. If CBD does what its advocates suggest – or even a fraction of it – this all-natural, side-effect-free, widely available chemical could genuinely be the wonder drug of our age.’

Thousands of years ago, indigenous people used hemp for many daily uses — including spinning it into fibre to make clothing, controlling weeds and purifying water. In recent years, CBD’s introduction into the mainstream began with medical applications in more serious cases. When patients with epilepsy responded well to CBD oil, significant scientific arguments were made, and continue to be made, for its use in treating people that suffer from seizures.

From there, initial studies suggested that CBD oil could be beneficial in managing chronic pain and stress and anxiety. And lately studies have revealed that it has many benefits for the circulatory system as well as for the heart. This includes the ability to lower blood pressure (which is linked to many health conditions such as metabolic syndrome, heart attack and stroke). It also helps treat PTSD, alleviates cancer-related symptoms, and is good for brain health.

‘The media has no doubt helped drive this popularity,’ says Dr Sarah Brewer, medical director at Healthspan. ‘However, the main drive is because people who take it experience the benefits very quickly, and “word of mouth” is a powerful thing. CBD oil has such a wide range of benefits that it appeals to a wide range of people.’

Today, in our Covid-19 world, with economic and social problems sparking anew every day, social isolation, restrictive government policies, livelihoods in jeopardy and uncertainty, the only thing we can seem to count on, we are, collectively, more anxious than ever before. CBD oil offers a potential way to address this. Here are four reasons it’s worth looking at:

1. It reduces depression and anxiety

The natural compounds found in cannabis oil are effective for relaxing the mind, releasing pleasure hormones, reducing stress and inducing a sense of calmness and relaxation. It has been shown that CBD reduces anxiety, speech performance and cognitive impairment.

So, what’s the science behind it? CBD has the ability to activate the brain’s receptors for serotonin, a neurotransmitter that helps to regulate mood and social behavior. In a 2011 clinical trial, patients with social anxiety disorder were either given a dose of CBD or a placebo. They then had to do a social-speaking simulation and their anxiety levels were measured. People who had received CBD showed significantly lower anxiety levels than participants who had been given a placebo.

According to a 2015 review of studies in the journal Neurotherapeutics, CBD demonstrated potent anxiolytic (anxiety-relieving) effects in animal research, albeit with counterintuitive results. In all but a few studies, lower doses of CBD (10 milligrams per kilogram or less) were better able to treat symptoms of anxiety. Higher doses (100 milligrams per kilogram or more) exhibited virtually no effect. Part of this response could be explained by the way that CBD acts in the brain. In many cases, CBD works as an agonist, meaning that it triggers an opposite response when binding to a receptor. It’s possible that low doses can elicit a positive agonist response, while high doses ‘overwhelm’ the brain and trigger a compensatory effect to ‘fight’ CBD’s effects.

It’s important to note that if there are any traces of THC in the CBD oil, it can have the opposite of the desired effect. In other words, dosage and quality are important in the effectiveness of the CBD oil.

2. It’s a natural alternative with fewer side effects

Depression and anxiety are often treated with pharmaceutical drugs, which can have side effects such as headaches, insomnia, agitation, addiction and drowsiness. CBD Oil offers a better alternative in that its natural approach results in none, or only minor, side effects.

3. It helps you sleep better

More than any other routine we keep, including working out and smart food choices, our health and energy levels are directly tied to how much time we spend in dreamland. But it’s not just quantity, it’s the quality of sleep that matters as well. Do you take long to drift away? How often do you wake up in the night? How do you feel when you wake up? These are the important questions to ask with regards to the quality of your sleep.

CBD makes you sleep more efficiently and can restore healthy sleep cycles. The oil works by relaxing the mind and body and generating a lower energy level, allowing you to get your heart rate down and clear your mind before a long, restful sleep.

Much like humans, dogs and cats can struggle with the aches and pains of aging. Obviously, seek veterinary attention if you feel something strange might be happening under their fur. But keep in mind that CBD oil has been shown to calm the nerves and anxiety of pets, support healthy hips and joints and to make them more comfortable. Test a small drop first — and then see how your four-legged friend responds.

How to use it

As with anything, give your body time to adjust to CBD, and don’t expect overnight results. Your system needs time to process, and experts generally recommend 30-60 days to witness an impact.

SHOP ALL CBD PRODUCTS ON FAITHFUL TO NATURE