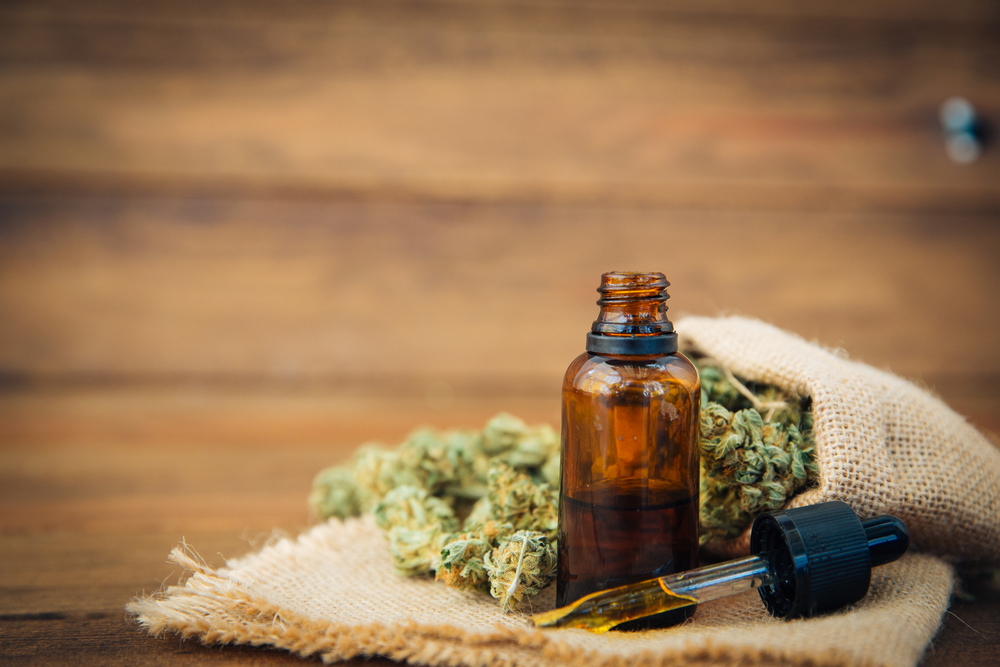 03 Sep 10 key insights you should know about CBD oil

CBD oil is the new health giving oil on everyone’s lips. Whether or not you believe in it’s curative properties, it is most certainly a powerful, nutrient dense oil. We touched base with Daren of Cibdol CBD oils to get a little more clarity on some of the questions on people’s minds regarding this now trending plant oil.

Daren first discovered the benefits of  CBD oil more than 2 years ago when nothing else could treat his migraine and neck pain. After trialing and feeling the benefits of a high quality CBD oil like Cibdol, founded in Holland with product grown in Switzerland, Daren decided the South African market deserved to experience that alterntativs to pharmaceutical products and their accompanying long lists of side effects could bring powerful relief to long suffering conditions. Here’s what Daren has to say on some recent points of curiosity and contention around CBD oil

“CBD should be viewed as a means to a healthier, happier life and to call it a supplement or a medicinal cure is limiting what is has to offer the world. When we eat healthily we don’t view it as a ‘nutritional supplement’ or a ‘medicinal cure’ but rather as a healthy way to live by treating our bodies the way they should be treated. Hemp can have thousands of uses and can benefit mankind in ways we haven’t even thought of yet. Our cows used to be fed hemp and we would in turn eat the meat of cows that had been saturated with the plant goodness. This would inturn benefit us and make us healthier, but as we don’t have that any more we have to take it daily to replace what we once had. Our bodies produce endogenous cannabinoids naturally, but in many the endocannabinoid system isn’t functioning properly. Ingesting CBD oil is the key that unlocks our body’s natural ability to restore this system and function in homeostasis.”

2. Is there proof of real benefits?

There have been a lot of health claims about CBD oil in the health scene. Which of these are backed up by scientific studies?
There is not only a growing amount of anecdotal evidence out there but numerous if not thousands of studies have been done on the plant you just have to Google it and you will find at least one study if not hundreds on each condition. Big Pharma (ie. large pharmaceutical companies considered especially as a politically influential group) is trying to synthesis it as we speak so they can sell us the fake version of the real thing which will never be as good. You have to ask yourself why would they be trying to synthesis it if they believe it has no healing properties? My guess is so they can patent it and make billions off of us. But you can’t patent a plant.

Why are the health properties of CBD oil only now really coming to light with regards to the above?
Brainwashing is why the benefits are only coming to light now. Thanks to the internet and our access to information we are bale to free our minds and draw parallels for ourselves. There are many theories as to why it was banned, my favourite being after prohibition ended in the USA the man heading it up had nothing to do so he set his sites on marijuana and put massive amounts of pressure on Mexico by threatening to cut off it’s drug supply to hospitals and then the rest of the world followed suit. The hemp plant, domesticated 6000 years ago in China, produces more than 400 organic compounds. The two main groups of molecules with bioactive properties found in hemp are terpenes and cannabinoids – CBD being a molecule of the latter.

4. Taking CBD oil with other medication

Can CBD oil be taken in conjunction with other medication if somebody is hoping for it to have curative effects on a medical condition?
If you have a life threatening condition always consult your doctor – that has always been our advice. Although there have never been any reported incidence of death by taking CBD, always use your common sense. If you plan to add it to your daily routine and are on no medication there should not be a problem. It has been reported that taking it when on chemo and or radiation does help with recovery and or nausea.

If you’re interested in starting to take CBD oil – how do you know which strength oil to start with?
“I think everyone has a sense of the level of their condition and what is needed, I believe we are born with this sense. The three strengths 2.5%, 4% and 10% offer CBD oil at almost any budget. If someone was taking the 10% CBD oil and found it to be too strong all he/she would need to do is take fewer drops and it would last a lot longer as there are NO side effects it eliminates the worry of over dosage.”

How much CBD oil to take
Irrespective of the uptake mode, a typical dosage of CBD oil would be 3–4 drops three times a day. According to a recent study, up to 160 mg/day orally is tolerated.

6. How to take CBD oil and what to expect

On a more technical note – all the amino acids, iron, magnesium and other vitamins are clear in terms of their health benefits. Can you explain how the Edistin/cannabinoids in CBD oil are beneficial to the body?

“Cannabinoids are compounds that can influence functioning of the human nervous system. The hemp plant biosynthesizes more than 60 of them. The major cannabinoids are THC, CBD, CBG and they differ in their chemical structure and action.

Cannabidiol, or CBD, is one of the most abundant cannabinoids found in hemp. CBD is thought to have many therapeutic applications and helps to unwind. While beneficial for wellbeing, CBD doesn’t have the psychoactive properties of its more famous cousin THC, and should not be confused for THC.

The human nervous system contains a large number of receptors. Receptors are like mobile telephone masts transmitting signals. But if a mobile mast accepts an electromagnetic wave as a signal, our receptors use specific molecules to transmit messages.

One of the receptor systems is the so-called endocannabinoid system (ECS). ECS receptors are located in the human brain and in the peripheral nervous system – spinal cord and nerves. In the brain, the receptors reside in areas responsible for perception, concentration, memory and movement. That’s why the ECS is involved in the regulation of many physiological processes including the feeling of pain, mood, and appetite. Interestingly, the ECS is also a part of the neural system response to physical exercise. “Runner’s high” is caused by ECS action.

The ECS receptors are CB1 and CB2, 5-HT1A, μ, and δ. The receptors bind cannabinoid-like molecules produced by the nervous system, endorphins. One of the endorphin molecules transmitting signals in the ECS is 2-Arachidonoylglycerol (2-AG). It binds to CB1 and CB2 receptors. Cannabidoil, CBD, also bind to these receptors and replicates the effects of 2-AG.

CBD binds to the same receptors as psychoactive THC but has an opposite effect. If THC gets your nervous system into overdrive CBD makes it slow down.

8. Why CBD oil under regulatory review

Can you speak to the current news about CBD oil now currently under serious regulatory review by the Medicines Control Council as they prepare to make this a schedule 4 product?
“This, in pretty much everyone’s opinion, is probably the worst thing anybody can do. While it is legal in Europe and America the MCC wants to take us backwards. There are no side effects so why they want to regulate it is beyond comprehension. We will fight it if they do decide to go ahead with it. We can only assume they have ulterior motives, if they do go ahead, because they will most certainly not be acting in the interests of all of us. Tumeric has been discovered to have anti-inflammatory effects like CBD. Would the MCC go after tumeric next and where do we draw the line? CBD is harmless. Why isn’t codeine rescheduled? It is an opioid with serious side effects but yet you can buy it over the counter in South Africa and yet you need a prescription in Europe to buy it?”

9. The implications of turning CBD into a schedule 4 drug

What are the implications of this for everyday users of the product for general health and well-being purposes?
“It would essentially take the power out of our hands and we would need to find that one doctor out of a thousand that believes CBD does work. ”

The essentiall implications if CBD became a schedule 4 drug:

10. CBD oil is the plant to cure the human condition

What are the primary takeaways you want people to know regarding CBD oil? As in what are its most powerful attributes?
“CBD is so many different things to so many different people suffering from so many different conditions – I call it the human condition – CBD if incorporated into our daily routine will make all our lives better. It is almost as though God, the Creator (whatever you believe) provided the perfect plant for us, for our bodies and our environment. No one has the right to take that away from us.”

So, to me its most powerful attribute is its ability to heal the world backed up by insurmountable scientific evidence.

Check out the Cibdol range of various strengthe CDB oil products and discover how it can bring you balance,