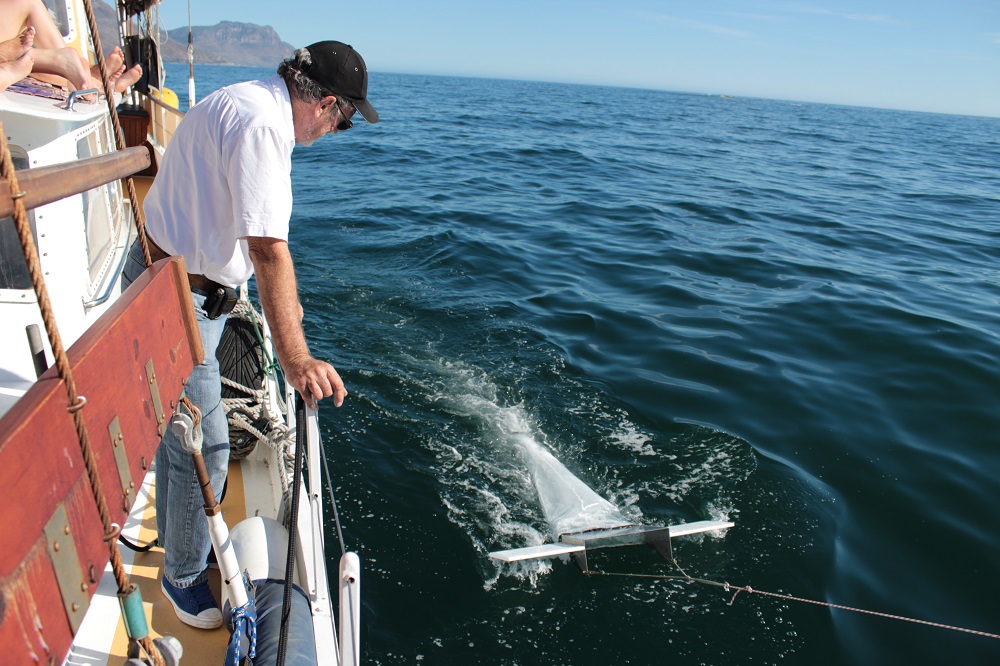 Since its inception in 1992, World Oceans Day (8 June) has been dedicated to celebrating the magnificent waters that make up 71% of our planet and raising awareness about pressing issues. Every year has a worthy theme to help focus the world’s attention on a single burning issue for a day, and 2018 was especially relevant: Preventing plastic pollution and encouraging solutions for a healthy ocean.

While it’s especially relevant for the planet as a whole, it certainly struck a personal chord with me. Earlier this year, I decided to get serious about cutting down on single-use plastic in my home. I bought a reusable straw, purchased some lightweight fabric fresh produce bags and started making a concerted effort to NEVER to leave home without a shopping bag of sorts at hand. You can read more about a few of the simple changes I made in a recent post on my blog, Peregrina.

At just about the same time, a friend introduced me to Yacht Boaz and their amazing vision to help raise awareness about plastic pollution – one nautical mile at a time.

Next thing I knew, I was on board, heading out into Table Bay on a crisp Sunday Sail with these dedicated ocean ambassadors sharing their story with me.

Since the very first moment Keith Wetmore laid eyes on Boaz, he knew that he wanted this yacht and wanted her to serve a bigger purpose than plain sailing pleasure. It was during a trip to Madagascar in 2014 that the purpose became crystal clear: Boaz would become a beacon of hope in an ocean drowning in plastic.

Of course, as is often the case with our biggest dreams, it was a less than pleasant experience that sparked this brainwave: Wetmore and his wife were on board a local ferry transporting about 120 local citizens on the north-east coast of Madagascar. During this 36-hour trip, it’s hardly surprising that the passengers had managed to produce a good deal of rubbish, from snack papers and cooldrink tins to baby diapers and everything in between.

“It was such a relief when I spotted a young man dutifully collecting all the rubbish and putting it into large plastic bags. However, my relief soon turned to absolute horror when, without ceremony, he just chucked the bags and all the rubbish overboard – into the ocean – as we reached our destination,” Wetmore recalls.

It was then and there that he realised the whole world needed had some waking up to do where single-use plastic was concerned. He wanted to help people understand that if they didn’t take responsibility for their own rubbish, nobody else would. Landfills would get fuller, oceans would get sicker and eventually we’d all suffer the consequences.

Thus, began the drive to turn Yacht Boaz into a vehicle for raising awareness and in July 2017, the deal was sealed when Wetmore and the Boaz crew signed an official partnership agreement with the Sustainable Seas Trust (SST) and Mission Blue. 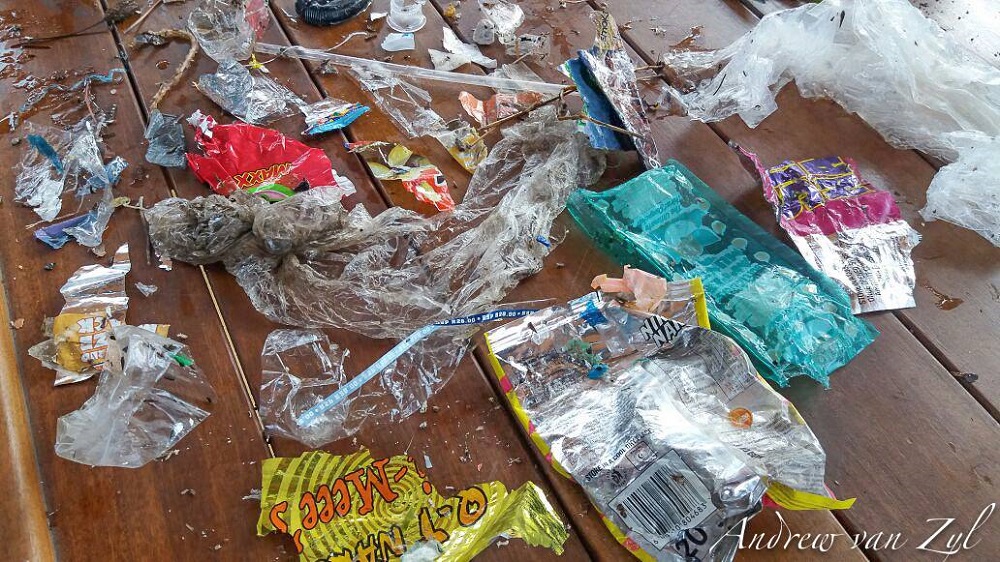 Now, exactly one year later, Wetmore’s dream for Boaz is still growing and developing on a daily basis.

Wetmore’s big idea is to eventually host a rolling turnover of six young volunteers (ages 18 – 25) –three international and three local, preferably from previously disadvantaged communities – on board Yacht Boaz for educational trips around the peninsula and further afield. This would be done in partnership with Via Volunteers.

During these three-week journeys, volunteers will fulfil the role of ‘ocean ambassadors’, sharing what they learn about pollution and its devastating effects on the oceans via social media and with people they meet in person.

They will also conduct research about pollution levels in Table Bay and False Bay. The Yacht Boaz crew have already started with this, using a home-made manta trawl (built according to 5 Gyres’ specifications) to try and establish just how much plastic is drifting around just off Cape Town’s coast. They’ve partnered with marine biologists from Cape RADD (Research and Diver Development) to formalise trawl data.

“Currently, due to the winter winds pushing the plastic back onshore, we are realising the true extent to which how much plastic we are actually putting into the ocean along the Mouille- and Sea Point stretch,” Andrew van Zyl, Wetmore’s righthand man and Yacth Boaz’s social media manager, explains. 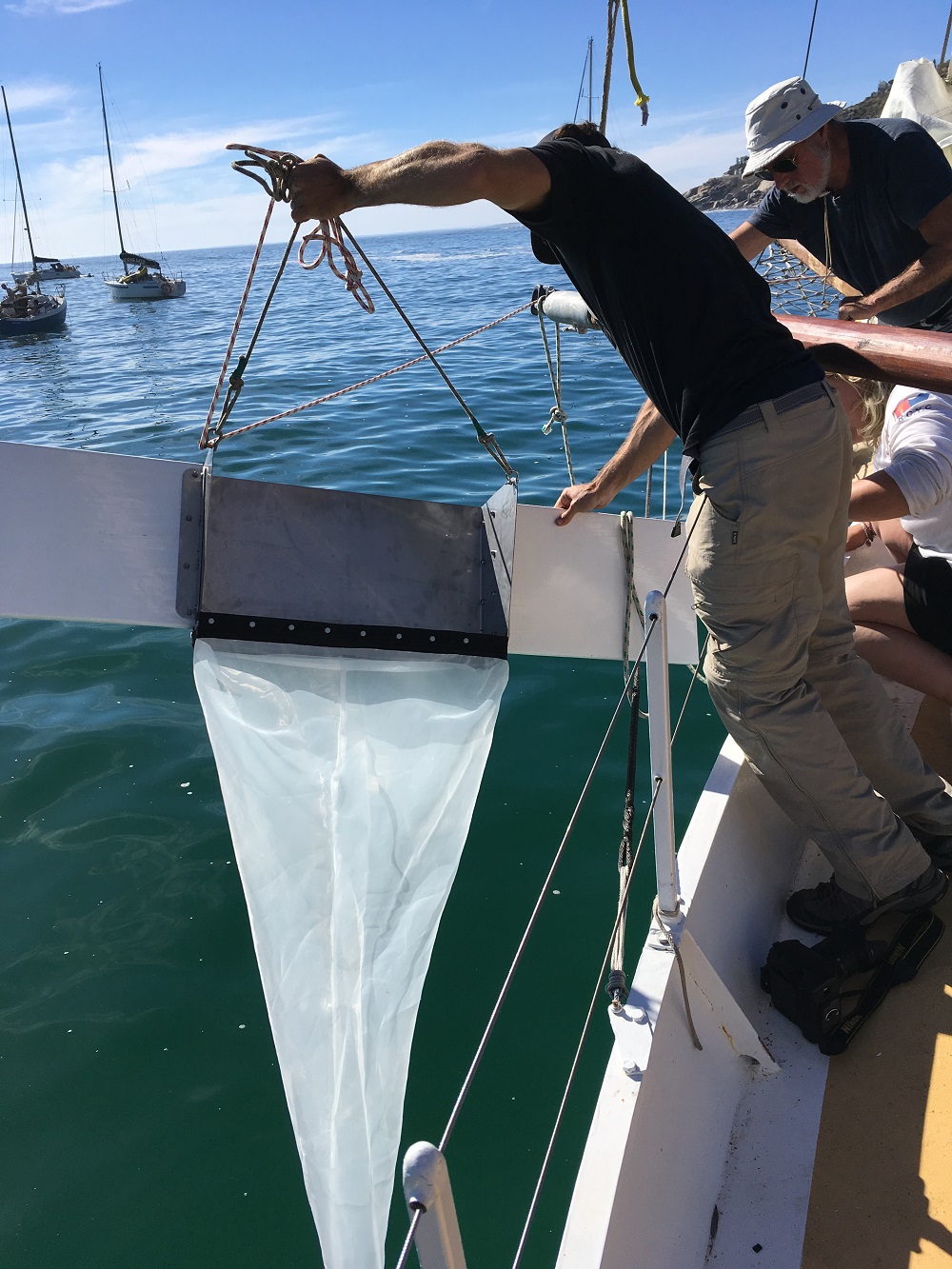 Even though the volunteer programme is still being developed, Yacht Boaz is hard at work already raising awareness about the problematic prevalence of single-use plastic.

Apart from using their own Facebook page and Instagram profile to spread the word, they also invite the general public to join them for their weekly Sunday Sails to learn more about their work.

“It’s FREE and anyone is welcome to join us. However, there is one thing we ask: share your experience and what you learn about plastic killing our oceans with your friends and family. On social media, in person, however you choose,” says Wetmore.

Also, visit the Yacht Boaz website for more information about their mission. 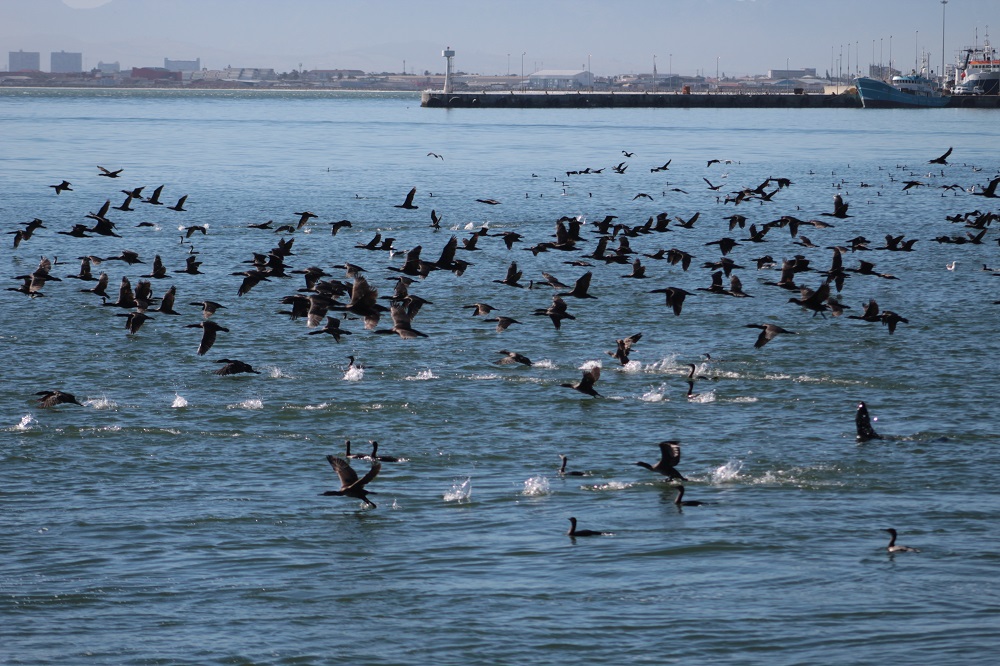