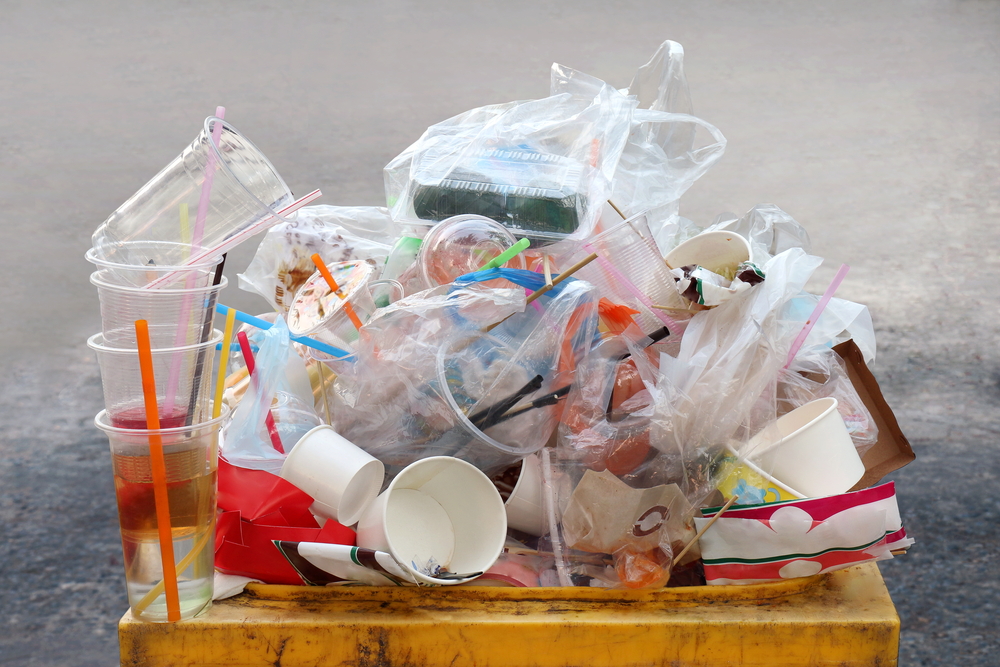 30 Jun All You Need to Know About The Dirty Dozen

Within all the plastic waste that filters into our oceans from the rivers and originating from landfills did you know that one of the most common waste items found on our beaches are earbuds?

The original ‘Dirty Dozen’, is a term used to refer to the 12 most common pollutants found fouling the world’s coast and beaches. Often enough, these 12 items have an immortal life span, as they are unable to break down and cause harm to both marine life and the ecosystem. More recently we have seen added to this original list single-use PPE masks and gloves, as a result of the pandemic.

In 2018, Two Oceans Aquarium in partnership with the Beach Co-op hosted the first TrashBash. During the event, which included waste collection on the beaches, volunteers found 8 429 pieces of pollutants belonging to The Dirty Dozen.

Although this item is small in size, its negative impact on the environment is massive. Plastic straws are able to break into smaller particles which then release harmful toxins into the environment. As 8.3 billion plastic straws pollute the world’s beaches it is no wonder that it is one of the most hated products among nature lovers.

According to Plastic Oceans (https://plasticoceans.org/the-facts/), nearly six times as much water is needed than there actually is in the water bottle itself in order to produce one plastic bottl of water. You’ve got to ask yourself – what is the point?!

Earbuds with plastic-stems break down into one of the world’s most harmful toxins; micro-plastics, which are then ingested by marine life.

As one of the most disdainful items found to be littered across our oceans and beaches, sweet wrappers found their way 11km under the sea. In 2019, during a deep sea exploration into the deepest part of the Pacific Ocean, the Mariana Trench the Explorer Victor Vescovo made a shocking discovery; not only did the team find new marine species, but amongst that were sweet wrappers and plastic bags.

As single-use items, plastic lollipop sticks are not able to be recycled and often breakdown into smaller plastic particles causes pollution and risk to marine life.

Research has found that on average a ‘working life’ of one plastic bag is a mere 15 minutes as it is often tossed away to make its dangerous journey into our oceans.

Due to the composition of how a chip packet is made, it makes it incredibly difficult for this multilayered waste item to be recycled. It is through the use of polymers that makes it one of the most common pollutants to be found on the surface of the ocean.

Similar to plastic water bottles, cool drink bottles or single-use beverages break down into micro-plastics, a process which happens over roughly 450 years. These pieces will continue to break down even further from sun exposure and other conditions, making it nearly impossible to see and remove.

As the third most collected trash item found on beaches, cool drink lids are an accompanied waste item to two other items high on the waste list; cool drink bottles or water bottles. Naturally, if we’ve learnt anything from the above, these pollutants cause havoc in the bellies on marine and bird life.

A report conducted by Greenpeace in 2019 found that more than 640 000 tons of commercial fishing tools such as fishing nets, line, pots and traps are dumped into the ocean each year. Within this harrowing report, a recorded 300 turtles off the coast of Mexico were found dead due to entanglement due to fishing lines in 2018.

Used at night to monitor fishing rods, fishing light sticks are viewed as a part of the ‘ghoast gear’ waste that is plaguing our oceans. Filled with toxic materials, these lightsticks are a potential threat to marine life if they are broken and seep into ocean waters. Within a study titled,  ‘Light-stick: A Problem of Marine Pollution in Brazil’, it was found that the acute and chronic toxicity of the lightsticks are a threat to the fertilisation of sea urchins eggs.