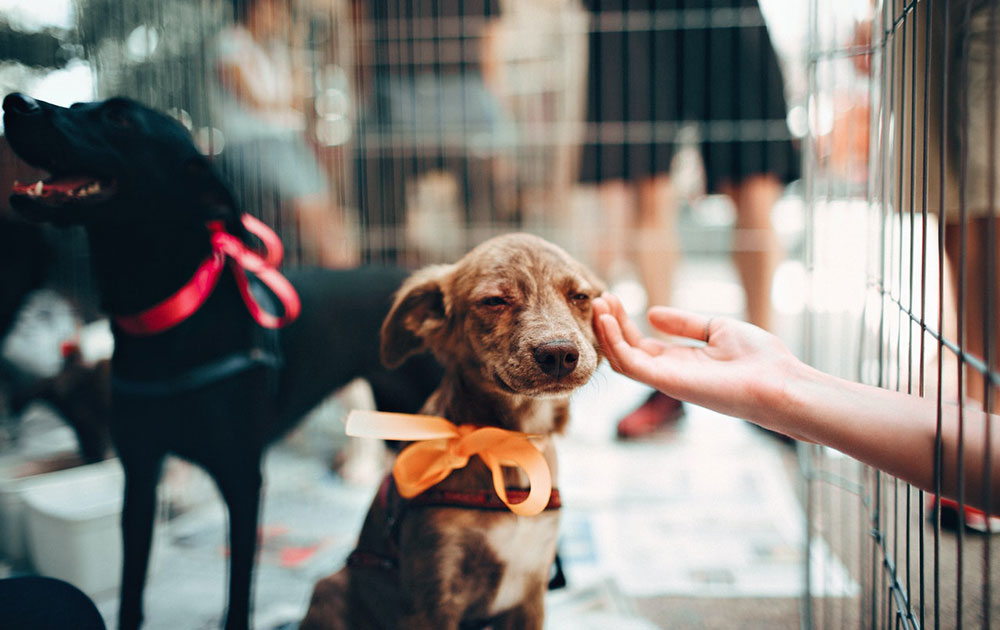 09 Nov Pet Fostering and Adopting in SA: Where to Go and Why You Should

About 10 years ago, in just one of many pounds in South Africa, there was a dog on death row. With just one day left before euthanasia, the mixed-breed mutt was adopted by a woman called Joanne Lefson. She named him Oscar. With a new lease on life, the two of them embarked on ‘The World Woof Tour’ – their global mission to raise awareness for other Oscars – a second chance for dogs in shelters around the world.

Joanne and Oscar visited 34 countries and travelled 250 000 kilometres across five continents in nine months. They walked the Great Wall of China, climbed Machu Picchu, sailed down the Amazon, posed in Red Square and hang-glided over Rio. In doing so, Oscar became ‘the first and only dog to ever travel around the world.’

Their journey now continues through Oscar’s Arc and the WOOF Project, a pop-up adoption initiative born to inspire dog adoption and save dogs’ lives. According to ‘Oscar’s Tale’, a book about their travels, 375 million of the estimated 500 million dogs on the planet today are homeless. In other words, for every dog that has a home, three don’t. Millions of healthy dogs are euthanised every year in shelters simply because they don’t get adopted.

(Oscar sadly passed away in January 2013, but in 2016 Joanne rescued a 750-kg pig from a hog farm. When Joanne noticed the pig had a knack for playing with paint brushes lying in the barn, she decided to nurture her talent. Pigcasso, as she’s come to be known, has taken the art world by storm and been featured on the BBC, CNN, Sky and many other leading media outlets. In 2018, the painting prodigy became the first non-human artist to host her own art exhibition ‘Oink’ in the Waterfront and went on to sell almost R3 million in artworks. Pigcasso was then commissioned by Swiss watchmakers Swatch to paint their ‘Flying Pig’ watch. It sold out around the world in just two hours, becoming Swatch’s most successful limited-edition artist of all time.)

‘Adopt, don’t shop’ is a global campaign slogan encouraging people to adopt dogs from shelters or rescues rather than purchasing a dog from a breeder or puppy mill. Every time an animal is adopted, a space opens up in the shelter or the rescue. So, when you adopt a cat or dog, not only are you saving that animal’s life – you’re also opening up a space for another animal’s life to be saved.

You’ll also help stop cruelty in mass breeding facilities. There are countless commercial pet-breeding facilities and backyard breeders producing animals for sale in pet stores and through newspaper ads. AKA puppy and kitten mills – facilities that repeatedly impregnate female dogs that spend their entire lives in cages without human companionship. These unfortunate animals are often in intolerable environments, forced to produce litter upon litter, and are killed after they become unprofitable assets. Adopting a shelter animal means you don’t support such cruel practices and you help the people trying to stop it too.

An added bonus is that you pay way less for an adopted pet, which is much less than the cost of purebred puppies or kittens looking at the bigger picture. It should also be said that getting a puppy is a lot of hard work that requires time and commitment. You’ll have to go through the process of house training them from scratch. Dogs who have been in a shelter or kennels for a while are often already house-trained and good at socialising.


These days you can browse for your future pet online or visit a cattery or kennel. Contact one of the organisations below (or any near you) and arrange an appointment. If you find an animal you’d like to give a forever home to, the organisation will often conduct a home check and/or interview to ensure the safety of your new family member. Some will even match you with a dog of their recommendation. Then it’s time to adopt and head home a hero. It might be the first home your new dog or cat has ever had. You’ve done a great thing.

If you’d like to adopt or foster a pet, get in touch with these organisations;

Dogtown SA – Nestled in the Hennops mountains, Dogtown SA is a sanctuary for dogs who’ve lost their families or have been rescued from dire situations. With a rehabilitation area and even a retirement village, every day the dedicated team at Dogtown provide individual care to each of these dogs in a peaceful, tranquil setting. They have a team of 10 full-time certified trainers and behaviourists seeing to the dogs’ every need. To help cover their costs, they ask for an adoption donation of R850 for puppies and R650 for adult dogs. dogtownsa.org

Kitty and Puppy Haven – This pro-life sanctuary started in 2000 with the sole purpose of rescuing neglected, abused and abandoned animals. Most of their cases originate from veterinary practices, low-income areas, other welfare organizations (that work in the townships and squatter-camps) or from emergency rescues. As most animals come from disadvantaged backgrounds, many require extensive veterinary care. kittypuppyhaven.org.za

Woodrock Animal Rescue – Founded in 1992 in the suburban area of Woodmead and Khyber Rock (hence the name Woodrock), they’re now based on 8.5 hectares in the Hennops River Valley. They provide assistance to homeless, abused, neglected, stray, injured, ill, geriatric and unwanted animals that would otherwise have miserable lives and premature deaths. Cat adoption fees are R600 to R800, dog adoption fees are R950 to R1700. woodrockanimalrescue.co.za

TEARS Animal Rescue – TEARS’ mission is to rescue, rehabilitate and rehome domestic animals, as well as provide veterinary services to local communities. They have over 50 staff caring for around 300 dogs and cats on site at any given time. All their animals have been vet checked, tested, sterilised and microchipped, and come with an adoption fee of R900. tears.org.za

Paws of Cape Town – Pretty much a Tinder for dogs and cats, they feature animals from 24 rescue shelters across the province. All animals featured are updated monthly but keep in mind the adoption status of a pet can change in a few days. Make sure the first thing you do is to call the welfare organisation. pawsofcapetown.com

Dogs from existing shelters are taken to different locations around Cape Town such as the V&A Waterfront, Sea Point Promenade and Constantia Village where they’re hopefully adopted through the WOOF Project. All the dogs originate from existing shelters and the initiative offers a ‘name your price’ dog adoption fees. oscarsarc.org

Sidewalk Specials – They rescue dogs from abusive situations and off euthanasia lists, but don’t have a shelter. ‘You know how Uber has no cars? Airbnb has no hotels? We use your homes as our shelter!’ their website says. This allows them to have no overheads and no stressed out shelter dogs. They also run sterilisation drives to cut down on the number of dogs being born on the street. sidewalkspecials.org

DARG – Domestic Animal Rescue Group is a pro-life, non-profit organisation that rescues, cares for, sterilises and rehomes previously abused, neglected and abandoned cats and dogs. Situated on a large plot in Hout Bay, DARG provides shelter for its rescues through housing an extensive cat garden, cat sanctuary, outdoor and indoor kennel areas as well as indoor rooms for those animals in treatment or rehabilitation. DARG relies on the public’s support through donations and welcomes volunteers. It’s R795 per adoption. darg.org.za

Durban and Coast SPCA – When you adopt from the SPCA, they’ll help you choose the animal that’s right for you. Every dog and cat offered for adoption has been examined at their clinic, de-wormed and inoculated. Your new pet will also be spayed or neutered before being allowed home with you. spcadbn.org.za

Project Dog – They work mainly with abandoned or abused animals. A small but committed network of foster homes help out with the care of the rescued animals. Each of their pups are inoculated and dewormed. Look on their site to see some of the lovely pups available.

They welcome volunteers and have an adoption fee of R500. projectdog.co.za

Save-a-Pet – Save-a-Pet is an animal rescue centre situated near Greenbushes, Port Elizabeth that rescues, rehabilitates, reunites and re-homes abandoned, abused, lost and stray dogs and cats. In addition to the more than 230 dogs and cats in their full-time care, Save-a-Pet assists the surrounding informal areas as finances allow, with sterilisation to prevent unwanted litters of puppies and kittens being our main focus. Adoption costs are R400 to R800. saveapet.co.za