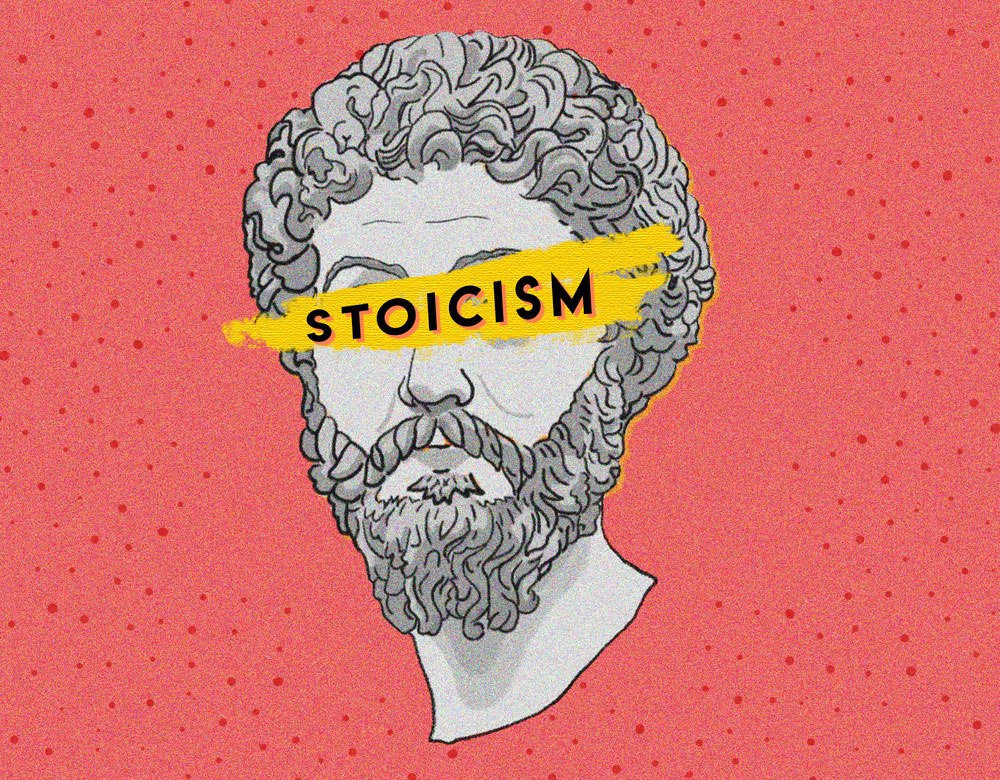 Feeling anxious? Or overwhelmed? What about desperate or disillusioned? That’s ok. It’s probably a reflection of a sound mind, considering … well, everything. However, a smattering of writers and thinkers have come forward and said: “It might not be as bad as you think… if you just change how you think”. They believe the Stoics have the answer to lockdown anxiety. Many others are also turning to their ancient wisdom – sales of works by one of the most famous Stoic thinkers, the Roman emperor Marcus Aurelius, have seen a huge uptick in recent months.

Stoicism is a school of Hellenistic philosophy that was founded by Zeno of Citium, in Athens, in the early 3rd century BC. The Stoics believed that unhappiness was caused by trying to control events that we have little say over. The only thing we can control is our thinking. We can’t stop the news cycle or change government regulations, but maybe we can change the way we process it.

Stoicism seems tailor-made for our times. As Alain de Botton’s School of Life puts it, Stoicism ‘had one overwhelming and highly practical ambition: to teach people how to be calm and brave in the face of overwhelming anxiety and pain.’

Here are 12 lesson from Stoicism for modern times:

1. You are what you think

One of the most memorable Stoic phrases is from Marcus Aurelius: ‘The things you think about determine the quality of your mind. Your soul takes on the colour of your thoughts.’ The mind is not just an empty container that is filled with information, it’s the generator of character (what Aurelius calls the soul).

‘Be like the rocky headland on which the waves constantly break. It stands firm, and round it the seething waters are laid to rest,’ Marcus Aurelius wrote. Instead of saying, ‘It’s my bad luck that this has happened to me.’ You should rather say: ‘It’s my good luck that, although this has happened to me, I can bear it without pain, neither crushed by the present nor fearful of the future.’

2. What can you control?

‘A key Stoic idea, made famous by the Roman Epictetus, is that we need to pay attention to what we can and cannot control. We don’t control things, he said, but we do control how we think about things,’ Stoic scholar, John Sellars, wrote. Whenever you feel anxious, you need to ask yourself, ‘Am I concerned with something I can control or with something beyond my control?’ We must learn to accept that our plans may be thwarted by things beyond our control, Stoics insist. We can then focus our energy on those things which are in our power to change, particularly on our own emotional state.

‘With Marcus Aurelius, we get a strong sense that we are just parts of nature and have to accept its processes, over which we have no control,’ Sellars wrote. ‘He also reflected a fair bit on his mortality and how to cope with thoughts of his own death.’

During the last 14 years of Marcus Aurelius Antoninus’ life, he faced one of the worst plagues in European history. The Antonine Plague, named after him, was probably caused by a strain of the smallpox virus. It’s estimated to have killed up to 5 million people, possibly including Aurelius himself. Rome was particularly badly affected, carts leaving the city each day piled high with dead bodies.

In the middle of this plague, Aurelius wrote The Meditations, which records the moral and psychological advice he gave himself at this time. He frequently applies Stoic philosophy to the challenges of coping with pain, illness, anxiety and loss. It’s no stretch of the imagination to view The Meditations as a manual for developing precisely the mental resilience skills required to cope with a pandemic.

Much, if not all, of our thinking is also up to us. As the Stoics say – it’s not events that upset us but rather our opinions about them. More specifically, our judgment that something is really bad, awful or even catastrophic, causes our distress.

This is also the basic premise of modern cognitive behavioural therapy (CBT), the leading evidence-based form of psychotherapy. The pioneers of CBT, Albert Ellis and Aaron T Beck, both describe Stoicism as the philosophical inspiration for their approach. It’s not the virus that makes us afraid but rather our opinions about it. Nor is it the inconsiderate actions of others, those ignoring social distancing recommendations, that make us angry so much as our opinions about them.

Many people are struck, on reading The Meditations, by the fact that it opens with a chapter in which Aurelius lists the qualities he most admires in others, about 17 friends, members of his family and teachers. This is an example of one of the central practices of Stoicism.

Stoics reflect on character strengths such as wisdom, patience and self-discipline, which potentially make them more resilient in the face of adversity. They try to refer to them during the challenges they face in daily life, such as a pandemic. They learn from how other people cope. Even historical figures or fictional characters can serve as role models.

6. Fear is the only thing to be afraid of (kinda)

With all of this in mind, it’s easier to understand another common slogan of Stoicism: ‘Fear does us more harm than the things of which we’re afraid.’ This applies to unhealthy emotions in general, which the Stoics term ‘passions’ – from pathos, the source of our word ‘pathological’. Even if you have a 99% chance, or more, of surviving the pandemic, worry and anxiety may be ruining your life and driving you crazy.

This belief also has a deeper meaning for Stoics. The virus can only harm your body – the worst it can do is kill you. However, fear penetrates into the moral core of our being. It can destroy your humanity if you let it. For the Stoics that’s a fate worse than death.

As the Stoic philosopher and playwright Seneca said: ‘We are often more frightened than hurt; and we suffer more in the imagination than reality.’

Stoics welcomed hard times – they saw life as a training ground for moments such as the one we’re in now, where character, resilience and courage are tested. Stoic philosopher Epictetus said: ‘The greater the difficulty, the more glory in surmounting it. Skilful pilots gain their reputation from storms and tempests.’ He saw crisis as a way of unmasking who you really are: ‘Circumstances don’t make the man, they only reveal him to himself.’

8. Watch what you watch

A Stoic would recommend you to be careful of what media and opinions you consume during the virus. Counselled Epictetus: ‘Other people’s views and troubles can be contagious. Don’t sabotage yourself by unwittingly adopting negative, unproductive attitudes through your associations with others.’

No plague or injury can do more damage than you do to yourself through acts of bad character. Character is key for the Stoics. They believed that your health and your money can be taken away from you at any time – but no one can take your character from you. So you need to nurture it. It’s particularly important at times of global emergency where we need to pull together. ‘Wherever there is a human being, there is an opportunity for kindness,’ said Seneca.

This technique involves thinking about what you value most in life, then imagine losing that thing. It might range from losing a precious piece of jewellery right through to imagining someone you love dying.

Negative visualisation was practised by Stoics for a couple of reasons. This prepares us for the inevitable loss in life, but also enables us to appreciate the people and things we love. Stoics believed that we’re less likely to take someone for granted if we’re aware that they may not be in our life forever.

While Stoicism is about controlling your own feelings, it also extends to dealing with difficult people. The Stoics, who lived with a certain amount of danger, treachery and violence, knew of the darkness in man’s heart. ‘Say to yourself first thing in the morning: today I shall meet people who are meddling, ungrateful, aggressive, treacherous, malicious, unsociable. They are subject to these faults because of their ignorance to what is good and what is bad,’ Aurelius wrote. But Stoicism teaches us that all human beings are our relatives – we’re like ‘two sets of teeth in the same jaw’ – and when we meet hostility from others we should greet it with tolerance and affectionate care for them.

A key feature of the Stoic schedule is morning or evening reflection on your day and your own emotions. They teach us to observe our own feelings with detachment, to think how we might have responded better to the day’s challenges, so that we are better equipped for tomorrow. This regular self-monitoring helps us to step back from irrational feelings, from wasting our emotional energy on anger or frustration at things beyond our control, cancelled plans, faltering internet connections, the lack of your favourite drink in the shops.

As Marcus Aurelius said, ‘Let us prepare our minds as if we’d come to the very end of life. Let us postpone nothing. Let us balance life’s books each day… The one who puts the finishing touches on their life each day is never short of time.’