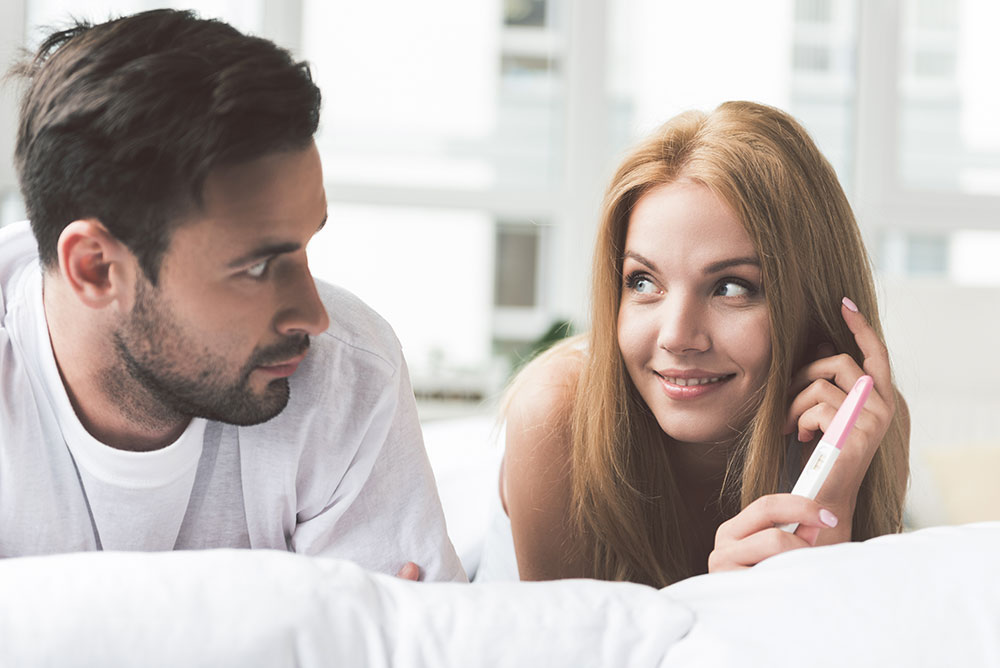 Posted at 14:06h in Faithful to Nature, Parenting by Terence Mentor 4 Comments
0 Likes

The moment you find out your partner is pregnant is supposed to be an incredibly special and significant moment in a man’s life. My wife knew that, and so she had, over the years, worked out the exact way she was going to tell me. It involved gift wrapping the positive pregnancy test in a pretty box that she would hand over to me at just the right moment.

The sun would be shining. I would lift her up in arms in my excitement and her summery dress would twirl as I spun her around while exclaiming that I was the happiest that I have ever been.

I’m not going to keep you, dear reader, in suspense. The way I found out she was pregnant did not happen like that. Rather, it happened like this:

Wife (calling from the toilet): Love, can you come here please?
Me (confused in the lounge): Um…I don’t think there’s anything I can help you with in there…
Wife: JUST COME IN HERE!

I went into the bathroom. She showed me the pregnancy test that was positive. She then said that the test had expired earlier that month, so it was probably wrong. I checked the box and realised that it was expiring that month, but only the following year. I mentioned that fact and saw the last vestiges of blood drain from her face.

My memory of the 30 minutes that followed that moment is hazy, but I do know that it involved us alternating between, “This is going to be fine” to “This is actually going to be really great!” to “Oh-no-oh-no-oh-no, what the hell are we doing, we can’t do this, oh-mannnnnnn”. I’ll be honest; that last one was mostly me. You see, we had just adopted our first son, literally a few months before. He was only 9 months old then and now we had another on the way. We had never tried to fall pregnant, but we had taken the goalkeeper out of the way, if you know what I mean. It just didn’t really occur to us that it was possible that we could be parents to a baby while another one was one the way.

As the day wore on, we went to get a blood test at a clinic so that we could be certain. Let me tell you, wheeling a baby into that office was a surreal experience. Once we got that confirmation, I actually started to feel better. Knowing meant I could plan. It meant I could get my head straight. And it meant that I was going to be lucky father to two amazing kids!

Look, I’m not going to lie. There were days when the panic would set in and I felt like there was no way I could be a father to two kids under 2 years old. Mostly that would happen when I stopped and really thought about it. So… I just got on the train and made sure stayed there until the end of the journey.

So we didn’t get our special moment. I guess life doesn’t always go with our idealistic plans. Sometimes it has something better in mind.