Celebrating 15 Years of Faithful to Nature with MASSIVE Birthday Bargains >

member of the plant family Fabaceae 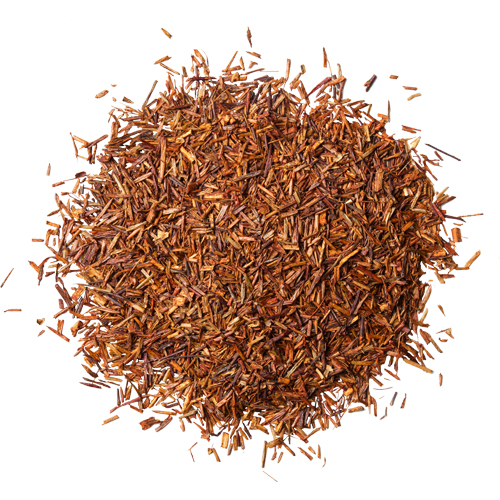 Rooibos is indigenous to the fynbos biome of South Africa, specifically the Cederberg region of the Western Cape. Like many other legumes, rooibos depends on a symbiotic relationship with soil bacteria to enrich the soil and defend against parasitic fungi. It’s extremely drought resistant and requires no irrigation and minimal (if any) fertilisation when farmed.

Is Rooibos Faithful to Nature?

Rooibos is a natural ingredient with a rich history, steeped in South African tradition. It can be farmed carefully, without harming the delicate fynbos ecosystem and represents a vital source of income and dignity for historically disadvantaged South Africans.

Benefits: Why is Rooibos Used?

Rooibos has anti-ageing and wrinkle eradicating powers thanks to high levels of alpha hydroxy acid.

Rooibos is high in antioxidants (flavonoids and polyphenols) to fight free radical damage and oxidative stress.

Rooibos tea is naturally very low in tannins (the bitter compounds found in other teas).

Rooibos can be found as single-ingredient teas (and blends!) all over the Rainbow Nation, with naturally fermented rooibos kombuchas being enjoyed by many health-conscious foodies.

Rooibos is made ready for home use by fermentation. The leaves are collected and lightly bruised then sprayed with water to dampen them. The damp, bruised leaves are left for ferment for just 12 hours and dried. The rooibos leaves are now ready for a hot cuppa!

Protip - you can use your freshly steeped rooibos teabags (after they’ve cooled down a bit) to soothe bags under tired eyes. After that, you can even pop them on the compost heap.

There are ongoing discussions between the South Africa Rooibos Council and the National Khoisan Council to establish social reform since their traditional knowledge of the plant has contributed enormously to the vibrant industry.

The South African rooibos industry is estimated to be worth over R300 million in 2018.

In 2012 it was reported that South Africa exported some 6000 tonnes of rooibos tea, with Germany importing 2500 tonnes thereof. Estimated total production in 2018 is approximately 15 000 tonnes.