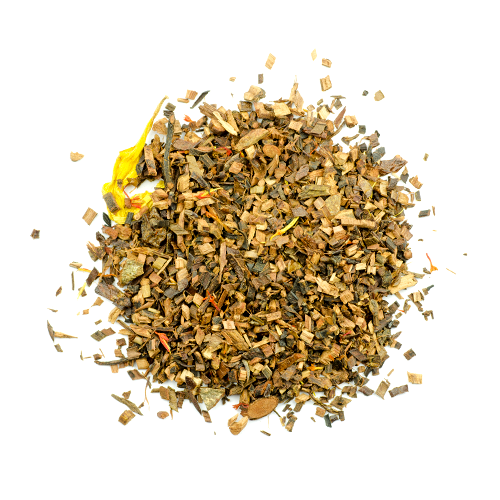 Honeybush grows only in the Mediterranean type climates of the Western Cape in South Africa.

Is Honeybush Faithful to Nature?

Honeybush is a natural ingredient with a huge number of health benefits. It can be farmed sustainably using organic farming principles. However, wild-harvesting certain endangered or critically endangered subspecies is illegal in South Africa.

Benefits: Why is Honeybush Used?

Honeybush has natural antioxidant properties and may help to promote regular digestion.

Honeybush may promote circulation in the skin and scalp.

Honeybush can be found on store shelves as a single ingredient green or black tea but is also used in natural body care ranges. It is used in scalp soothing and hair growth shampoos and conditioners as well as anti-ageing moisturisers.

Honeybush is prepared as a black tea by natural fermentation and drying.

There are at least 23 different subspecies of Honeybush with 5 of them listed as Critically Endangered or Possibly Extinct and 2 listed as Endangered by the South African National Biodiversity Institute (SANBI).

But it’s not all bad news: as demand for the plant continues to rise, farmers are cultivating Honeybush in increasing numbers.

Like rooibos, Honeybush is a legume meaning it has a symbiotic relationship with nitrogen fixing bacteria that enrich the soil.