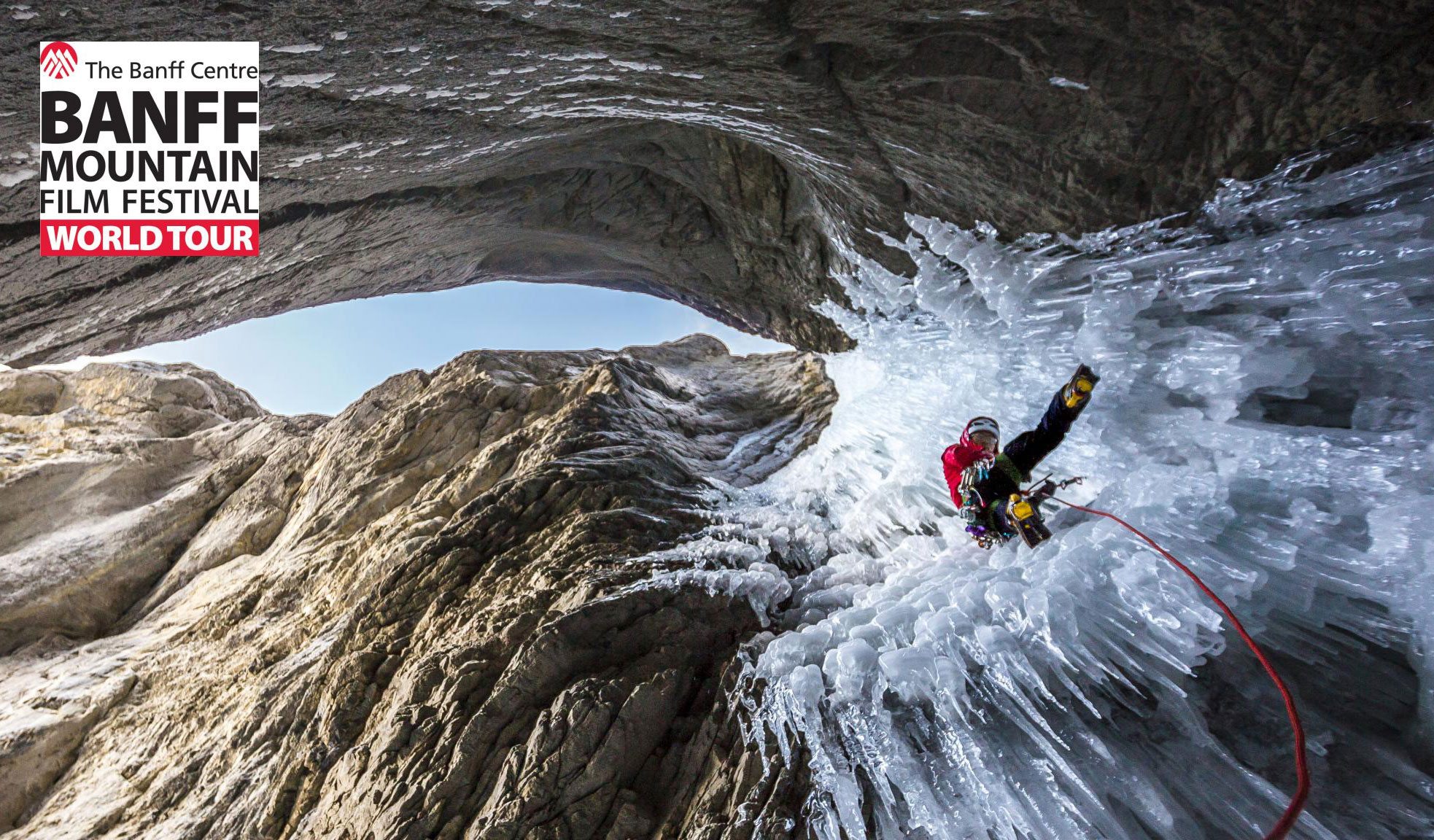 In October every year, the Banff Film Festival World Tour comes to South Africa. It showcases about 25 adventure films that focus on a range of themes such as climbing, skiing, kayaking, biking, adventure, culture, and the environment. The films, which vary from five to 45 minutes, show people doing tricks on mountain bikes you wouldn’t think possible, pulling off crazy skydiving stunts just for the hell of it and cutting insane ski lines down backcountry mountains. It’s impossible to walk out of their not amped to do something adventurous yourself. Unfortunately, it’s on just once a year. The rest of the time you can check out one of these movies to get your juices flowing.

This mesmerising film comes from world-famous photographer Jimmy Chin, the same man behind Free Solo. It won the U.S. Documentary Audience Award at the 2015 Sundance Film Festival and tells the story of climbers Conrad Anker, Renan Ozturk, and Chin as they attempt the improbable first ascent of Mount Meru’s notorious Shark’s Fin, arguably the most technical ascent in the Himalayas. Anker, Chin, and Ozturk are an accomplished team, with respect to both their climbing and filmmaking. Meru couldn’t have been made by any other group—their extensive experience, grit, perseverance, and good humour made the expedition possible and the film absolutely gripping.

Photographer, writer, and world-renowned adventurer Jeff Johnson follows in the footsteps of his childhood heroes, Yvon Chouinard and Doug Tompkins, as he gains passage to Chile’s impeccable wildlands via ship. It results in exhilarating visuals, an understanding of the isolationist’s pursuit of wanderlust, and the introspective nature of travel. Along the way, he faces a handful of hardships — but amidst these moments, he’s taught that everyone, everything, and everywhere, has its own story to tell. The 2010 film is more than just a traveller’s documentary — it weaves modern-day adventure with Chouinard’s rise to become a prolific and important environmental advocate.

This unique film is one of the most visually astounding documentaries of the past decade. It follows four aspirational ‘cowboys’ as they traverse from Mexico to Canada, with more than 16 wild mustangs in tow. After graduating from college, four friends set out to foster a sense of adventure, growth, and understanding revolving around America’s wild frontiers — a 3000-mile journey taking place over 158 days, that quickly brings to light differentiating personalities, conflict, and emotion. While the 2015 film dawdles in certain aspects, it’s the inevitable takeaway that serves to keep viewers intrigued — that no matter where you are, or who you’re with, the intensity of the world’s wild, untamed persona helps to create an unbreakable bond that can’t be easily tarnished.

Winner of both a Bafta and Academy Award for Best Documentary, Free Solo felt like it broke all kinds of boundaries when it was released earlier this year. The New York Times wrote, ‘Alex Honnold’s Free Solo climb should be celebrated as one of the great athletic feats of any kind, ever.’ After watching this National Geographic film, you’ll probably agree. Free Solo gives viewers a rare glimpse into the world of a professional adventurer, rock climber, and all-around adrenaline junkie, as Honnold vies to become the world’s first to the summit of California’s famed El Capitan, without the use of lead lines or top ropes. Free Solo isn’t quite a documentary about climbing — instead, it’s a character analysis of Honnold — his quirks, his dimensional complexities, his adulated views of the world around him, and his undeniable enthusiasm that bewitches, mesmerizes, and motivates those within his circle.

Starting out as a backwoods run loosely based on the 1977 escape of James Earl Ray, Martin Luther King Jr.’s assassin, from a state penitentiary, this now-famous race fills its 40 slots within a day of registration opening. Boasting only 20 finishers in the first 25 years, the race consists of five loops totalling (supposedly) 100 miles through the woods of Pennsylvania. The course – which changes every year – is so challenging that racers are given a 60-hour deadline. The documentary, which came out in 2015, is a hysterical peek into the gruelling absurdity of the race and the dedication of the joyfully suffering runners.

North of The Sun follows two friends, Inge Wegge and Jørn Ranum, as they head to one of Norway’s most isolated stretches of oceanfront land — an arctic island (in an undisclosed location), somewhere in the great white north. In one of the coldest climates on Earth, they learn to live throughout the winter, utilising expired food caches and shore-strewn materials to survive, building their own driftwood cabin for shelter, and surfing their days away in the land’s frozen waters. North Of The Sun tells a story of survival, friendship, understanding, and perseverance — but, perhaps the most astounding principle of the film lies in the discovery of some of the greatest waves to ever be documented in the wild north.

Valley Uprising, which was released in 2014, tells the story of the founding fathers of rock climbing in Yosemite. The film focuses on the three generations of counter-culture outdoorsmen who set up camp in the Valley and, much to the dismay of law enforcement, transformed the big wall landscape into what it is today. Back in the days when ‘dirtbag’ was more closely related to ‘outlaw’ and many of Yosemite’s stunning rock walls had yet to be climbed, these climbers pioneered not only the sport but the culture around it — from van life to environmental engagement. The film traces the history of climbing in Yosemite from the early days to prolific and influential modern climbers like Honnold and the late Dean Potter.

This is the third movie on our list set in Yosemite National Park. In January 2015, American rock climbers Tommy Caldwell and Kevin Jorgeson captivated the world with their effort to climb The Dawn Wall, a seemingly impossible 950-metre rock face. The pair lived on the sheer vertical cliff for weeks, igniting a frenzy of global media attention. Blurring the line between dedication and obsession, Caldwell and Jorgeson spend six years meticulously plotting and practicing their route. On the final attempt, with the world watching, Caldwell is faced with a moment of truth. Should he abandon his partner to fulfil his ultimate dream, or risk his own success for the sake of their friendship?

In the same vein as North of The Sun, professional photographer Chris Burkard’s Under an Arctic Sky redefines the audience’s understanding of the great white north. The film follows six surfers on a journey to the distant reaches of Iceland, one of the world’s most diverse locales, in search of the best cold-water waves the region has to offer. Confronted with the worst storm season in the past two decades, the group navigates, overlands, and surfs its way toward a greater understanding of the frozen landmass. Burkard’s exceptional vision brings us some of the most immaculate visuals of any outdoor documentary to date and couples it with an immersive plot that’s completely scripted by Mother Nature herself.

This award-winning film documents the comeback of Lance Mackey, champion sledge dog racer. Taking place in the wild and unforgiving Alaskan wilderness, the film follows the four-time Iditarod winner on a journey of self-discovery, outlining a failed relationship with his father, Dick Mackey, who was a co-founder of the Iditarod Anchorage-to-Nome endurance test in 1973, and his inability to cope with the dynasty that the head of the family left in his wake. Aside from the various trials and tribulations that Mackey must confront throughout the film, it’s also a story of perseverance — fighting everything from mid-race health issues, mental incapacity, and even cancer, to overcome all the odds set before him.